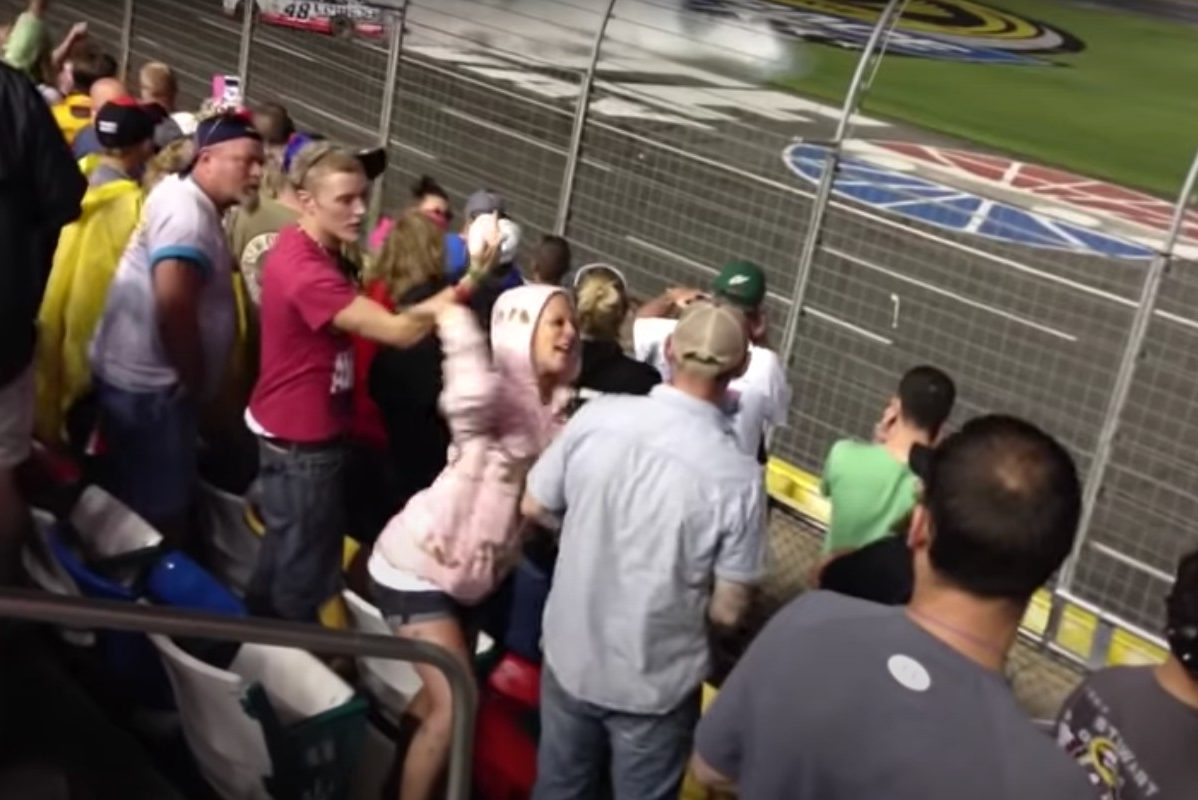 A good chunk of NASCAR fans aren’t exactly subtle when it comes to expressing either their love or their hatred for a particular NASCAR driver. When it comes to love, you’ve got fans who will go as far as sunburning their favorite drivers on their body. But get a loose cannon fan in the near vicinity of a driver that they seriously despise, and they might just be inclined to fight him.

At the 2013 Sprint All-Star Race, one Jimmie Johnson hater promptly categorized himself as a member of the latter group. Sure, he may not have been trying to scrap with Johnson, but he made his distaste for the seven-time Cup Series champion pretty damn clear by tossing a beer at his stock car following a victory spinout.

The pissed-off fan may have thought it was a good idea at the time, but immediately regretted it after it earned him a hearty slap from his girlfriend.

Ok, I get it. Not everyone’s the biggest fan of Jimmie Johnson. But Mr. Angry Redneck probably should?ve taken some pointers from his buddy and just gone the harmless route of flipping the double bird. It gets your message across, and your girlfriend doesn?t end up slapping you for it later.

Sometimes you need to just learn things the hard way, I guess.

“I wonder if this guy is still in the doghouse?” Jimmie Johnson tweeted about a week after the infamous beer chucking incident went down. Considering it’s been more than five years at this point, I really hope not. At least for the guy’s sake.