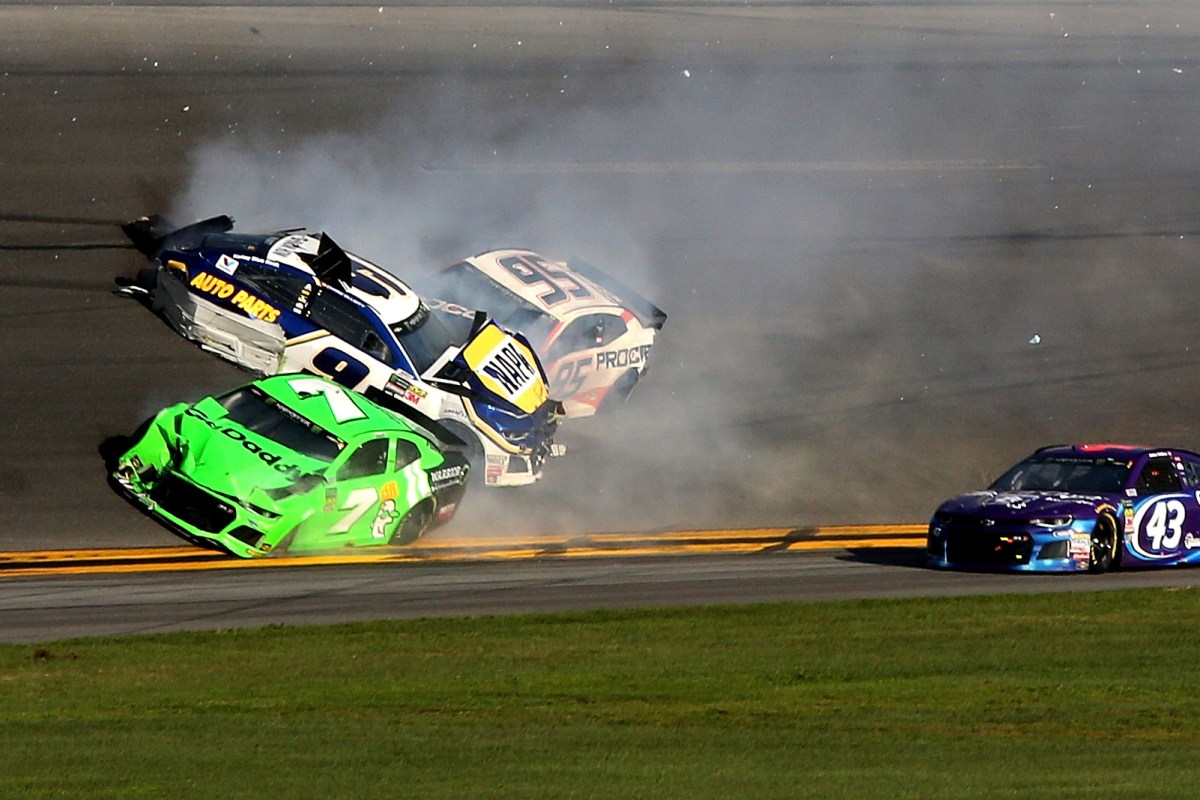 Even though Danica Patrick’s final NASCAR race came to an early end, she’s OK with it.

“It just wasn’t meant to be today,” Patrick said after she was cleared from the infield care center.  “I am proud. We raced the whole race other than a little bit at the end of that first stage when it looked silly with all the cars with tires and no tires.”

Her remarks were reported by NASCAR.com.

“Other than that, we raced it and the car was competitive. That is all you can do. That is the gamble at Daytona. It can go so well, and it can go so awful.

Here’s what brought an end to Patrick’s NASCAR career.

As Chase Elliott made a push on leader Ryan Blaney, Brad Keselowski made contact with Elliott’s car. Elliott slammed into the wall, and several other cars were swept up into the wreck.

Elliott’s car bounced off the wall into Patrick’s car, and he also made contact with Kasey Kahne. Keselowski and Kevin Harvick were also caught up in the damage.

Related: Kyle Busch is having a tough start to the Daytona 500

Patrick was cleared after making a trip to the infield care center as a precaution. Here’s a look at the damage to Patrick’s car.

Danica Patrick's car is towed in the Daytona International Speedway garage as a crash ended her day on Lap 102 of the Daytona 500. She likely will finish 35th in her final NASCAR race. https://t.co/1GvZgLRA0V pic.twitter.com/h6n0L7yAwh

Patrick still has one race remaining in her racing career as she will compete in the Indy 500 in May, but her time in NASCAR ends in disappointment.