Kyle Busch is having a tough start to the Daytona 500 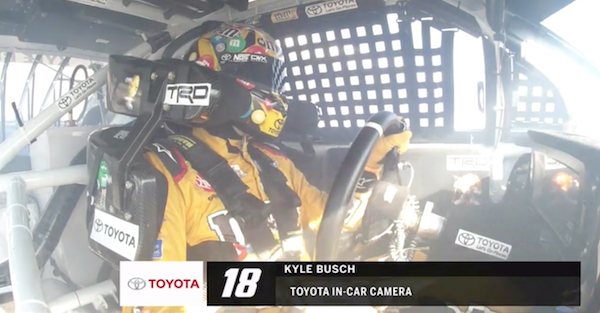 Kyle Busch’s quest for his second career Cup Series championship is off to a rocky start.

Early in the Daytona 500, Busch had a flat rear left tire. His crew quickly went to work on it and got him back on the track, but he had more issues shortly thereafter.

Busch blew another tire, and this time it led to damage for the No. 18.

That’s not an ideal start to the season for Busch, who has never won a Daytona 500.

Here was the first sign of trouble for Busch from earlier in the race.

It’s shaping up to be a messy Daytona 500 for many drivers, and Busch might have some choice words for Goodyear after his issues on Sunday.