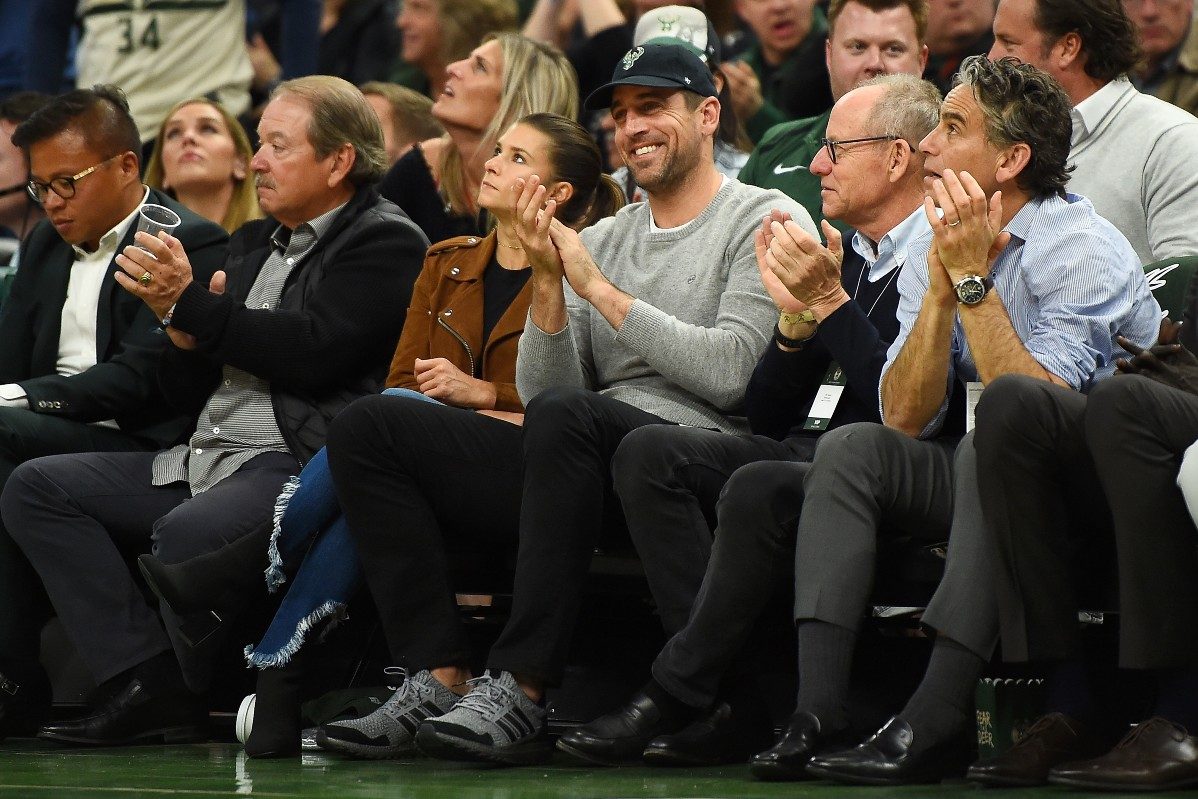 You would think that famous guys, like Green Bay Packers quarterback Aaron Rodgers, for example, wouldn’t need to use cheesy pickup lines to get girls interested in them. But, according to Aaron’s now ex-girlfriend, former NASCAR driver Danica Patrick, the couple’s first flirtatious conversation was about as cheesy as it gets.

During a Q&A session in Fargo, North Dakota back in November 2018, Danica recalled the time when Rodgers busted out some lines from the classic ’90s comedy Dumb and Dumber.

“He was at the bar, puttin’ out the vibe, Dumb and Dumber, you know?” Patrick said. “And, I remember he was doing movie lines! And, people that love movie lines, LOVE movie lines. So, I think we had a dialogue in movie lines, and I was like, ‘This guy is really funny!'”

Read More: Even Though She’s a Former Chicago Bears Fan, Danica Patrick and Aaron Rodgers Are Completely Obsessed with Each Other

She doesn’t get into what exact scene they were quoting from, but if I had to guess, I’d say a couple of these lines made it into their conversation.

The Dumb and Dumber-themed bar banter between Rodgers and Patrick apparently happened backstage at the 2012 ESPYS, which is around the time when Danica started dating NASCAR driver Ricky Stenhouse Jr. So, the move may not have immediately paid off for Mr. Discount Doublecheck, but it clearly made a good impression.

As for their first date, Danica didn’t exactly get into specifics, but from the sounds of things, the two had some pretty quality alone time.

Maybe they just had a quiet night in watching Dumb and Dumber. Let’s be honest, though, they probably weren’t really watching much of anything, if you know what I mean. Love was in the air! Sadly, it’s not in the air anymore, at least not for Danica and Aaron, as the famous former couple broke up back in 2020. But, hey, at least they’ll always have Dumb and Dumber.