Danica Patrick and Aaron Rodgers Are Completely Obsessed with Each Other 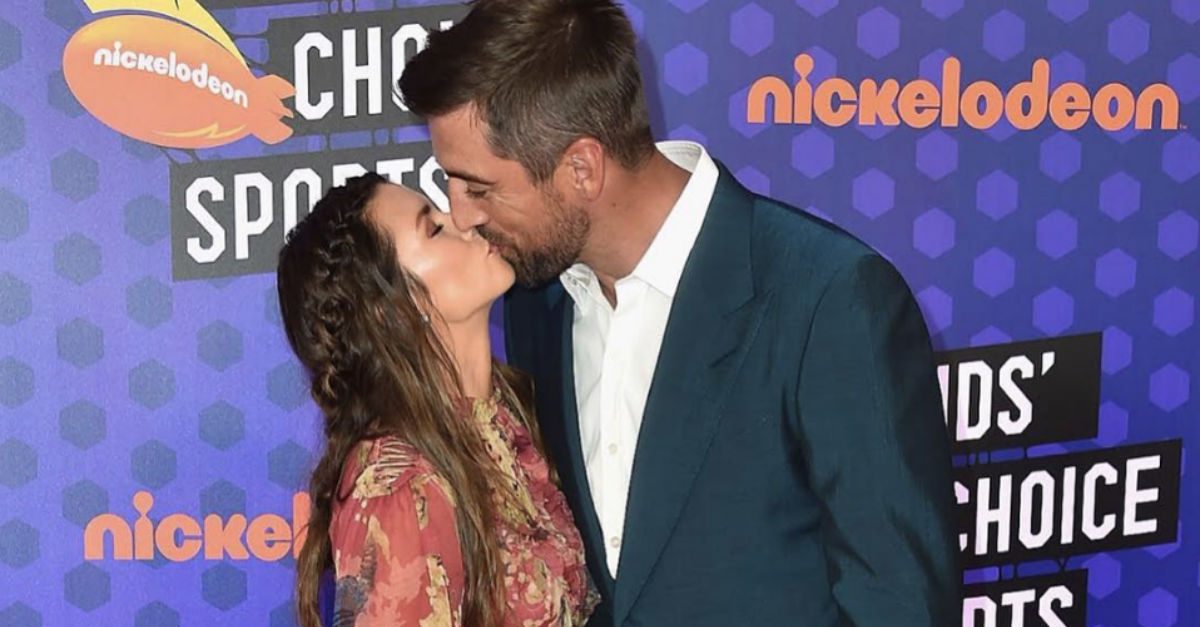 The two started dating soon after Rodgers broke up with actress Olivia Munn and Patrick broke up with NASCAR driver Ricky Stenhouse Jr. They’re not the highest profile celebrity couple of all time, but it’s clear that they are “really into each other.” Because Rodgers says so.

In an interview with Artful Living, Rodgers talked about what his and Danica’s dating life is really like.

Last night was a night I will never forget. Not only because it was so fun, but because of the people it took to get there and who are always in my corner. Haley, Allison, mom, dad, Brooke, Chase, maura, Jeff, Bennett, and all the writers, Valdez, Jimmy….. and of course this one❤️. It’s amazing when you find people you can lean on, and not worry about falling. Thank you. . Also, thank you to all of the other people who came to celebrate and show support! Kim, Jeff, Steph, Greg, Nate, Becca, Eric, Sarah, Lama T, Ed. Thank you. 🙌🏼 . Now what?! 😜

Read More: Danica Patrick Talks About the One Thing Aaron Rodgers Wouldn?t Let Her Set up in Their House

According to Rodgers, he and Danica also make for really good travel buddies.

Another incredible week at beautiful Lake Tahoe! Thanks to the @acchampionship for another amazing week and @nbcsports and @edgewoodtahoe for the fantastic course and coverage. Thanks to @eblofer for the reads, @officialajhawk for the jokes, @trayfour and @stephencurry30 for the fun on the course, and @danicapatrick for being a beautiful distraction when I started to play poorly. Thanks also to the great fans, especially Carol, and the few others who follow me so diligently every year all 3 rounds, you know who you are, and you are great people! 👍🏻❤️ Until next year… #americancenturychampionship #laketahoe #edgewoodtahoe #paddlebords #sunset #🔥#

“We really enjoy traveling. She went on the trip to India and Africa, and we had a blast. And we?ve taken some trips domestically that have been fun. I?m a little further out there in my love for history; I want to go to historical sites around the world. She?s getting into it as well, but she?s spontaneous. She?s up for anything travel-wise, which is fun. She?s a good travel partner because she?s so laid-back and low-maintenance. And she?s a hell of a cook, so we love just staying in, too. She eats really healthy. She?s inspired me in that way.”

Danica may cheer on Aaron every Sunday during the NFL season, but he embraces the role of the cheerleader pretty well, too. Back in July, Danica was the first woman to host the ESPY Awards, and Rodgers couldn’t haven been prouder.

I?m really proud of her for that. I always enjoy going to the ESPYs, but to finally have a woman up there was awesome. Doubly awesome that I?m dating her and that I got to be in the I, Tonya spoof. I remember talking through it with her, and she was really drawn to being the first woman host. She?s a strong woman who?s had to fight through some gender issues in her sports for years.

There aren?t many women who race. None who ever won an Indy race and none with as many top-10 finishes as her in NASCAR or on the pole. Every now and then, a woman plays in a PGA Tour event. But it?s rare to see a woman go into a man?s sporting world and do as well as she did. It?s tough. She?s a strong woman, and she went through a lot in her career. I?m proud of the way that she ended, and I?m proud of her doing the ESPYs.

Of course, not every relationship is without its bumps in the road. In early October, Danica revealed that Aaron shut down her idea for a “woman cave” in the house that they live in together. Oh, and her family? They’re all Chicago Bears fans. And yet somehow Danica and Aaron still make it work. Now, that’s true love.