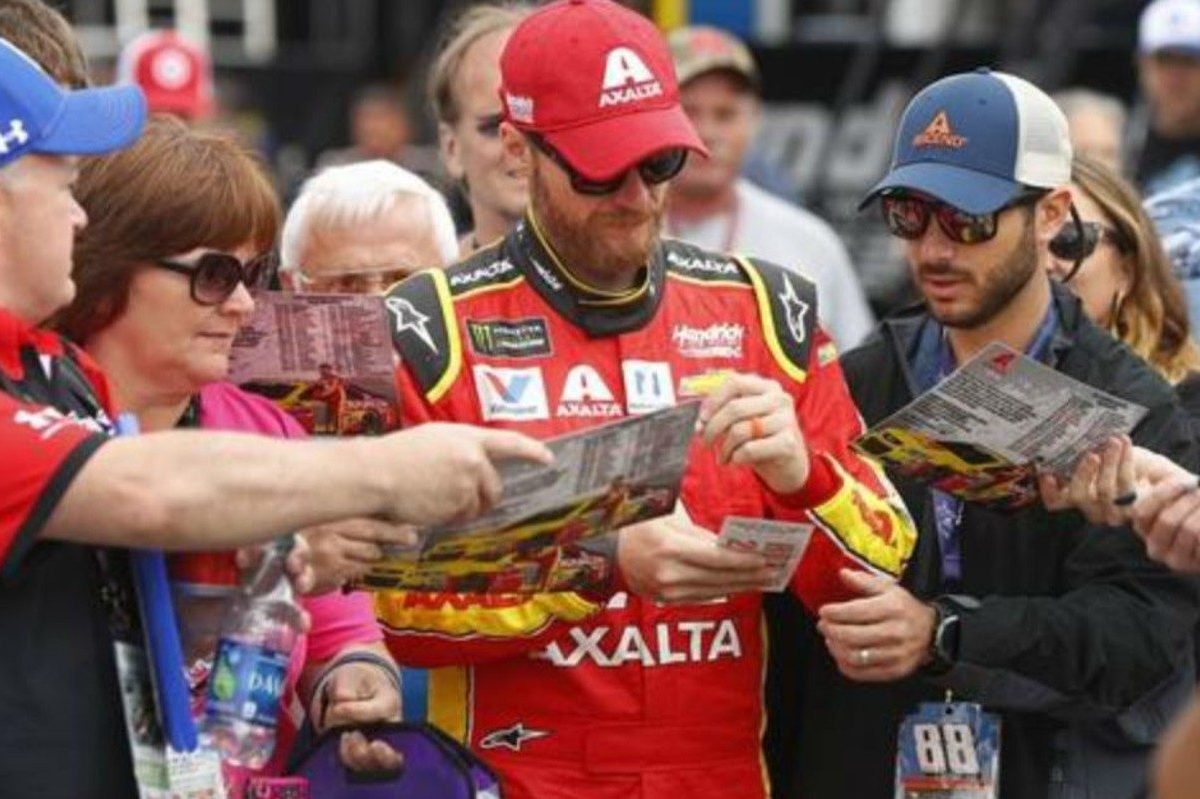 Dale Earnhardt Jr. has been driving fast for a long, long time. Junior has been racing cars for more than two decades, but he was driving fast even before he became a NASCAR driver.

Back in 2016, Earnhardt was interviewed by Scott Fowler of the Charlotte Observer, and he explained what led him to getting his first job at age 16.

Dale Jr. got into an argument with his father, and Junior said he sped off. A policeman pulled him over and gave him a ticket, and Dale Jr. had to tell his father.

Read More: Dale Earnhardt Jr. Once Got Jeff Gordon out of a Speeding Ticket

Dale Jr. quickly found a job pumping gas at a service station on Exit 36 off of Interstate 77 in Mooresville, North Carolina.

Earnhardt discussed more than just his first speeding ticket with Fowler, including fatherhood, his interest in the Carolina Panthers, and his role with NBC.

.@DaleJr can't wait for fatherhood; would like his baby daughter to be born exactly 3 days early (@AmyEarnhardt will have a say in that).
But why exactly 3 days?
And will he really buy into Panthers?
That & more from a man who doesn't seem "retired":https://t.co/XJMlM6n8EG

As for the speeding ticket, well, we’ve all been there. It’s good to know it even happens to Hall of Fame NASCAR drivers.