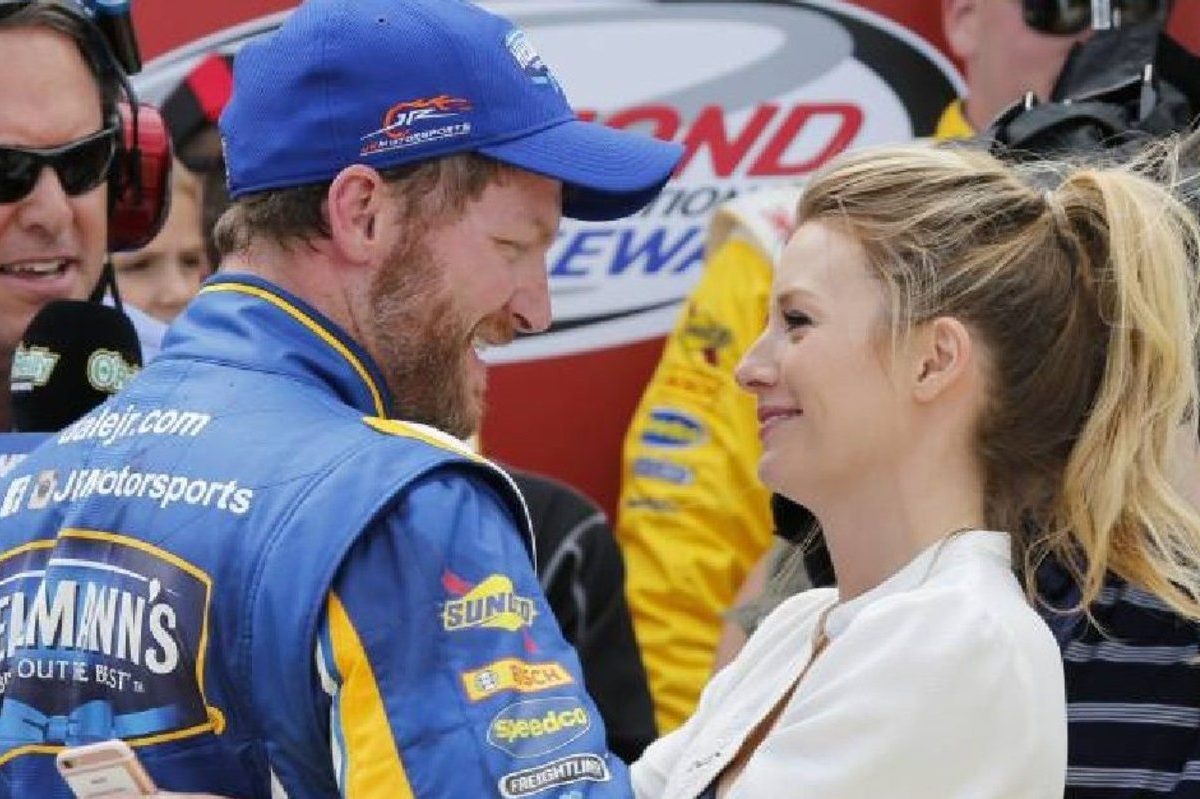 With the COVID-19 pandemic and all the other craziness going on in the world, 2020 has certainly been one of the more chaotic years in recent memory. But, for Dale Earnhardt Jr. and his wife Amy, there has been one gigantic bright spot in 2020: The birth of their second daughter.

On Monday, Dale Jr. announced the birth of Nicole Lorraine Earnhardt on his podcast, The Dale Jr. Download. The episode was fittingly titled “She’s Here!”

“Me and Amy have been waiting on the birth of our second child and that happened Monday,” Junior said.

“We got a new addition. Happens all the time… all over the country, all over the world. Feels a little weird to get congratulated but it feels pretty awesome. Amy had a pretty good pregnancy. She said it felt like a long one only because of the COVID and all that.”

“But we’re not gonna complain because we got a healthy baby girl.”

Many people are wondering why this episode of the Download is late this week. Well, there’s a good reason.

Now, you’re all probably wondering: How did Dale and Amy Earnhardt decide on the name Nicole Lorraine? Well, Nicole is actually Amy’s middle name, while Lorraine was the middle name of Dale’s late mother, Brenda, who passed away in April 2019 after a battle with cancer.

“It’s funny how you choose the name,” Earnhardt said. “All those things are so fun, but the name part to me is the most jovial part of the whole process.”

Speaking of the “whole process,” the Earnhardts updated fans throughout the early stages of the pregnancy, posting both the official announcement and the gender reveal on social media. As you can see from the first post, Dale and Amy’s two-year-old daughter Isla Rose sure seemed pumped to be a big sister!

As far as who baby Nicole looks the most similar to right now, Dale says “I look at her and I see so much of myself.”

The former NASCAR driver and current NBC Sports commentator later added, “It’s been an awesome week of bliss and ignorance and living in our own little world.”

Congrats to Dale, Amy, and Isla Rose on the newest addition to the Earnhardt family!