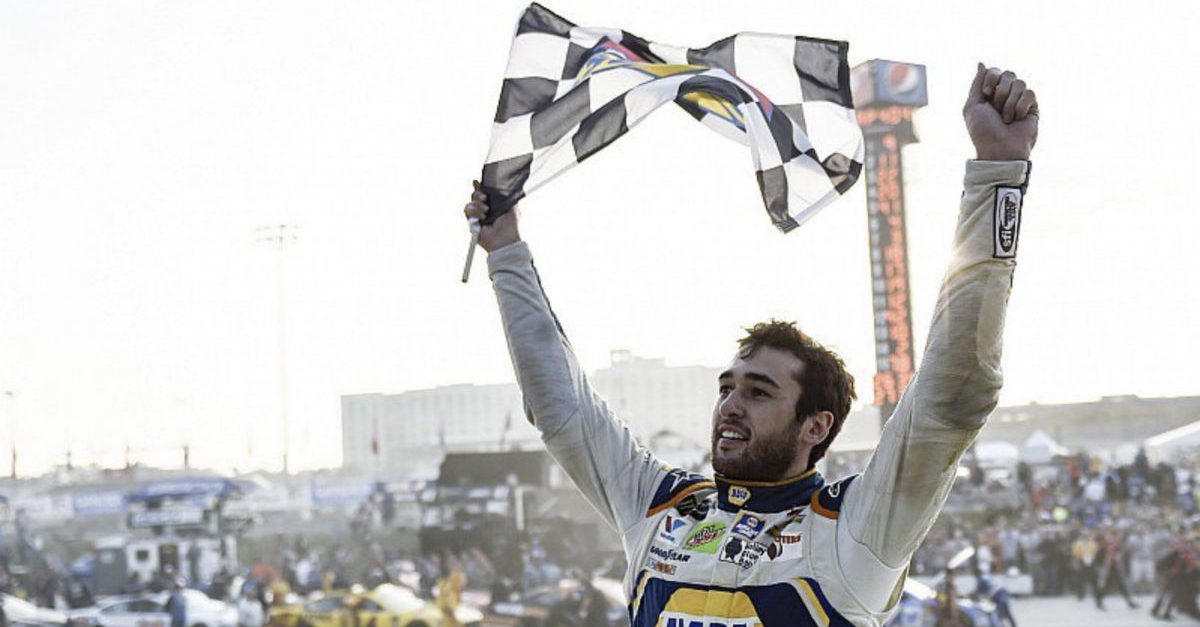 Earnhardt won the award for 15 consecutive years until his retirement last season. His streak fell one short of the record of 16 set by Chase Elliott’s father, Bill Elliott.

“Definitely a big passing,” Elliott said told Earnhardt on stage. “So cool, though, that it stayed between Elliott and Earnhardt for so long. I am glad, though, that you quit a year before you broke Dad’s record, so that’s pretty cool. I’m pretty happy about that. We got it back in the right name. I’m a little biased. Sorry.”

Read More: This Guy Who Sunburns His Favorite Drivers on His Body Is the Ultimate NASCAR Fan

The award is based on a fan vote and sponsored by the National Motorsports Press Association. Bill Elliott won the award every year between 1984 and 2002, until he removed his name from consideration.

Now, the award has returned to the Elliott family.

Chase Elliott won three times in the Cup Series in 2018, including twice in the playoffs.

“I was in some good situations with some fast cars and I was able to get a few wins. It was a good year,” Elliott said. “We couldn’t finish it off as strong as those couple months there in the summer, late summer, but looking forward to ’19 and excited to get back going.”

His first trip to victory lane was years in the making.

Elliott won the Xfinity Series championship in 2014, when he was 18 and finally eligible to run a full NASCAR season. Plans were formed in 2015 for his move to the big leagues with Hendrick Motorsports as he replaced retiring four-time champion Jeff Gordon. Elliott was in the seat not long after his 20th birthday.

Chase entered the series with a built-in fan base that desperately wanted him to match his father’s success. Because he drove for powerhouse Hendrick, in Gordon’s old ride, many figured wins would come immediately.

Elliott did claim the pole for his Daytona 500 debut, but he finished 37th. His rookie season netted five finishes of second or third, a 10th-place finish in the standings and no wins.

Year 2 was similar. The pole again at Daytona and nothing to show for that effort. Even worse? Five runner-up finishes and almost certain victory snatched away at Martinsville Speedway. Elliott was leading late in the race at the Virginia track with only a few laps remaining before what would have been both his first victory and an automatic spot in the championship finale.

Elliott was instead wrecked by Denny Hamlin. He didn’t win, didn’t advance to the final four and two weeks later at Phoenix retaliated to ensure Hamlin wouldn’t race for the title, either.

He finally broke through on the road course at Watkins Glen to notch his first win. That August victory locked him into the playoffs, and he bookended the second round of the championship chase with victories at Dover and Kansas.