NASCAR Unveils Next Gen Car, Set to Debut in 2022 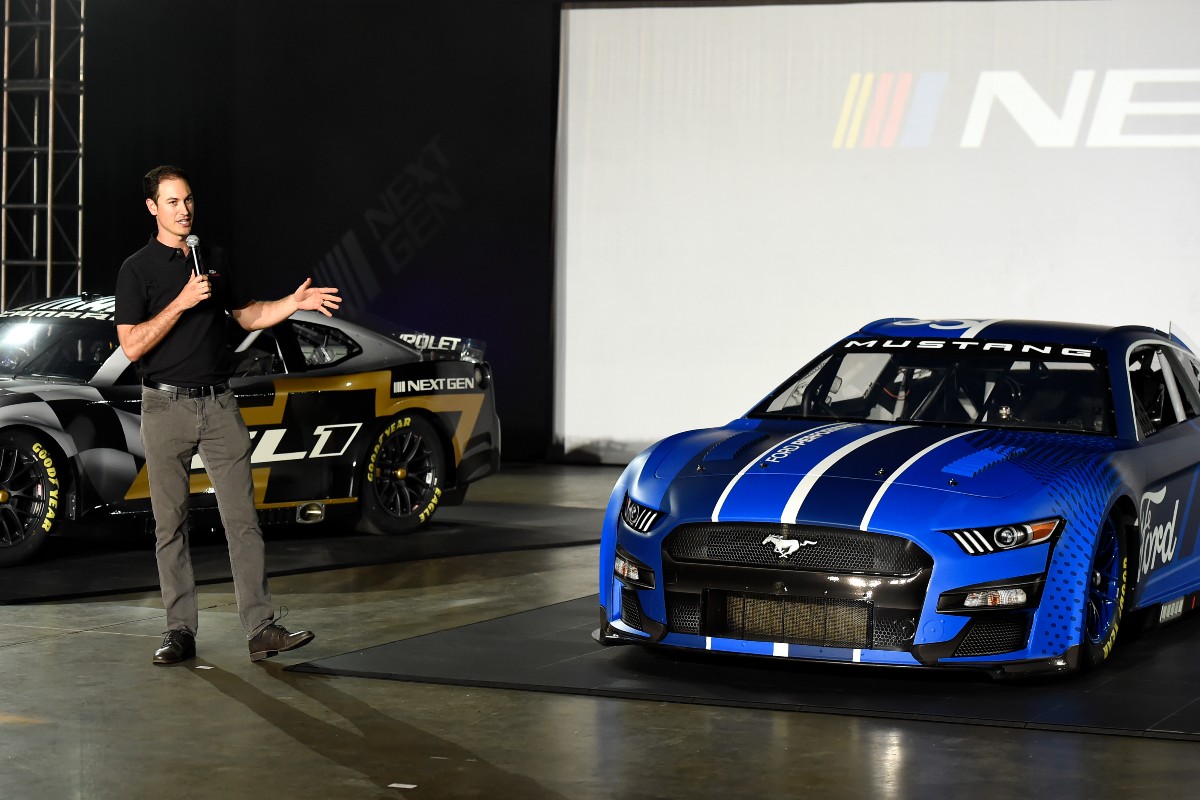 CHARLOTTE, N.C. (AP) ? Chase Elliott, Joey Logano and Denny Hamlin drove their sporty new pony cars through the smoke and lights of the fog machines NASCAR used for its first fancy presentation in more than a year.

The future of the sport is riding on the Next Gen car unveiled Wednesday in a darkened Charlotte auditorium, where the movers and shakers of NASCAR gathered to get the first look at the new Chevrolet Camaro, Ford Mustang and Toyota Camry.

Never before had all of NASCAR’s stakeholders collaborated on one project for the sake of the sport, all putting personal interests aside for the sake of competition, cost containment and manufacturer relevance.

?Chevrolet wants to have a competitive car on track. But equally as much, we want to have a car that aligns itself with something somebody can go buy on a showroom floor,? Elliott said.

City Chevrolet, the dealership that launched Hall of Fame team owner Rick Hendrick’s career, sat just three miles up the road from the unveiling with a car lot full of street-legal Camaros. If the Next Gen works, viewers will watch a race then head to their nearest dealership to buy a car.

?That?s always been an important part of the sport, an important part of NASCAR ? ?Win on Sunday, sell on Monday.? Now that we?ve got more relevance, anybody that wants to go buy a Mustang, it just resonates even more for them,” said Mark Rushbrook, global director at Ford Performance Motorsports.

The Next Gen was first proposed in 2018 and initially scheduled to be on track this season. It was postponed a year by the pandemic and now won’t get on track until next February when the season opens at Daytona International Speedway.

NASCAR didn’t want to delay the project because it has so much hope tied into the Next Gen car. But it impossible to maintain an on-track testing schedule during the early part of the pandemic and NASCAR ran into difficulties obtaining the parts needed to complete the development of the cars.

There is no spending cap in NASCAR and the deep-pocketed teams win races because they have the resources that small teams do not. The Next Gen is designed to create parity and give the little guys a fighting chance on the track.

Single-source manufacturers will build the chassis, provide parts and supply the carbon composite bodies for the first time in NASCAR’s 73-year history. It means all the parts and pieces will come from the same vendors and each team can have only seven cars at a time instead of an unlimited fleet.

Although there have been 10 winners through 11 races this season, only one is from an underdog team: Michael McDowell beat 100-1 odds to win the Daytona 500.

Spire Motorsports eyed the Next Gen model and believed it would change the odds for smaller teams. Spire bought its first charter to enter Cup competition before the 2019 season and now has three of the 36 guaranteed starting spots each week in the 40-car field. Rick Ware Racing owns three and a share of a fourth.

Interest is so high that a bidding war ensued last summer when three new teams chased charters. When Spire bought its first charter, it wasn’t an agency, not a race team, and only bought it because no one else was interested.

The Next Gen is supposed to make the racing better throughout the field based on changes to how the car is built.

The car is designed to give drivers greater control and put an emphasis back on race strategy, team personnel and vehicle setup. The symmetric body shape significantly reduces side-force, which in theory should make the cars harder to drive through corners ? NASCAR?s current car is offset, not symmetric.

The composite body is designed to minimize in-race damage that would otherwise affect handling and lead to further incidents that could alter a race. And the new, wider tires are designed to allow Goodyear to bring a softer compound to improve passing and strategy options.

The look of the car puts the “stock back in stock car,? noted NASCAR President Steve Phelps, who had promised to deliver that to race fans. But the Next Gen also added modern upgrades that are found on today?s street cars ? rack-and-pinion steering, independent rear suspension, bigger wheels and upgraded connectivity to allow for an in-car camera in every vehicle. There is also the ability to adapt as technology changes.

That’s critical as NASCAR tries to lure a new manufacturer to join Chevrolet, Ford and Toyota.

Dodge left the sport after the 2012 season and Phelps has said new carmakers would not be interested in joining until a new car was designed.

The Next Gen should make NASCAR appealing to other manufacturers particularly as hybrid technology is explored. The new car, for now, will continue to use internal combustion, pushrod V8 engines produced by each of the three manufacturers.

But bringing in new competition was a goal for all three of the current NASCAR manufacturers.

?The more manufacturers that we can compete with on track, the better,? said David Wilson, President of Toyota Racing Development. ?The entry point with the car that we?ve been racing is just too steep to entice a new manufacturer. We do believe that with Next Gen, the relevancy to an OEM, it?s a reset that there?s a much higher likelihood we could see another OEM or two.?