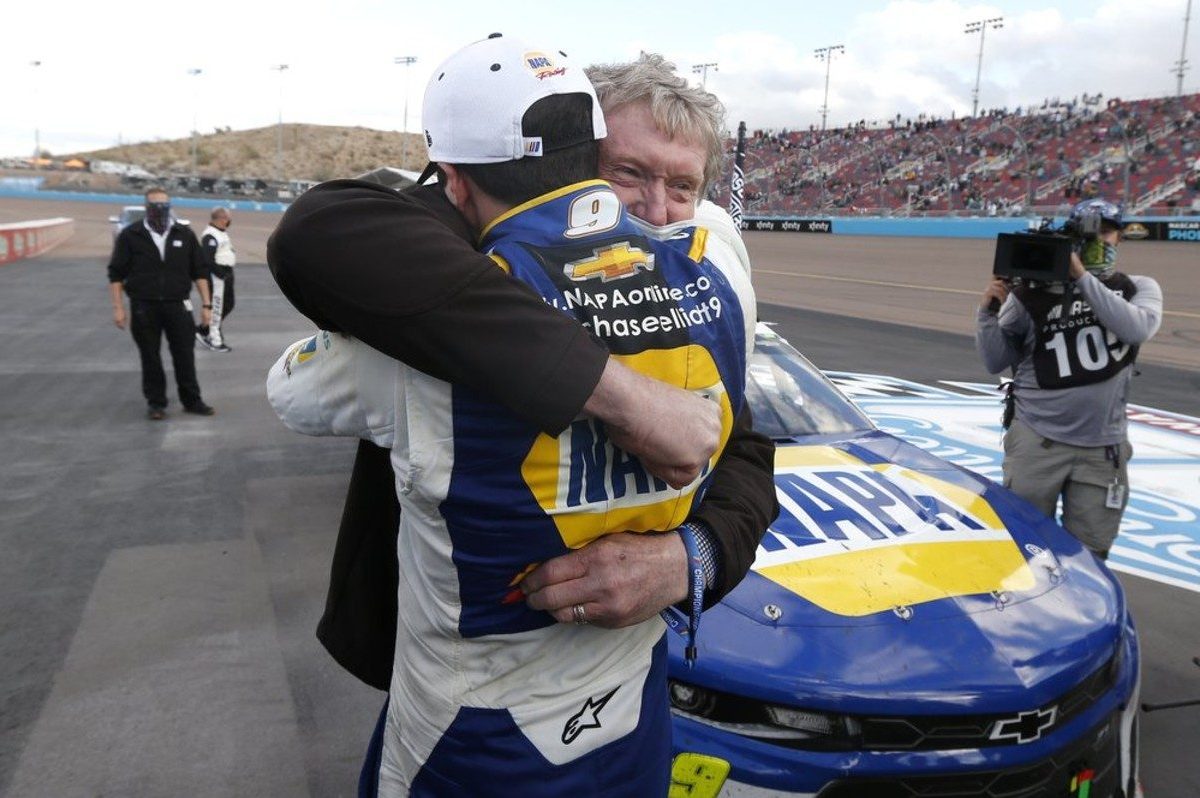 At the NASCAR Awards show on Wednesday night, Chase Elliott became the first NASCAR driver in 32 years to win both the NASCAR Cup Series Most Popular Driver award and the Cup Series title in the same season. The last driver to accomplish such a feat? Chase’s father, Bill Elliott, in 1988.

Driving the No. 9 Chevrolet for Hendrick Motorsports, the 24-year-old Chase Elliott won his first NASCAR Cup Series Championship on November 8 at Phoenix Raceway. On November 18, the Dawsonville, Georgia native won MPD honors for his third consecutive year, while his dad won it a whopping 16 times during his career. That makes Bill Elliott, a.k.a. Awesome Bill from Dawsonville, the most decorated NASCAR driver with that regard, with Dale Earnhardt Jr. hovering around at 15. The award is voted on by NASCAR fans around the United States and presented by the National Motorsports Press Association.

Other big winners from the 2020 NASCAR Awards included Justin Allgaier, who was named Most Popular Driver in the NASCAR Xfinity Series. He became the fourth driver from JR Motorsports to win the award more than once, along with Chase Elliott, Brad Keselowski, and Elliott Sadler. Zane Smith was the Most Popular Driver in the NASCAR Truck Series, and Jimmie Johnson won the Bill France Award of Excellence.

Most Popular Driver Award Winners in the NASCAR Cup Series