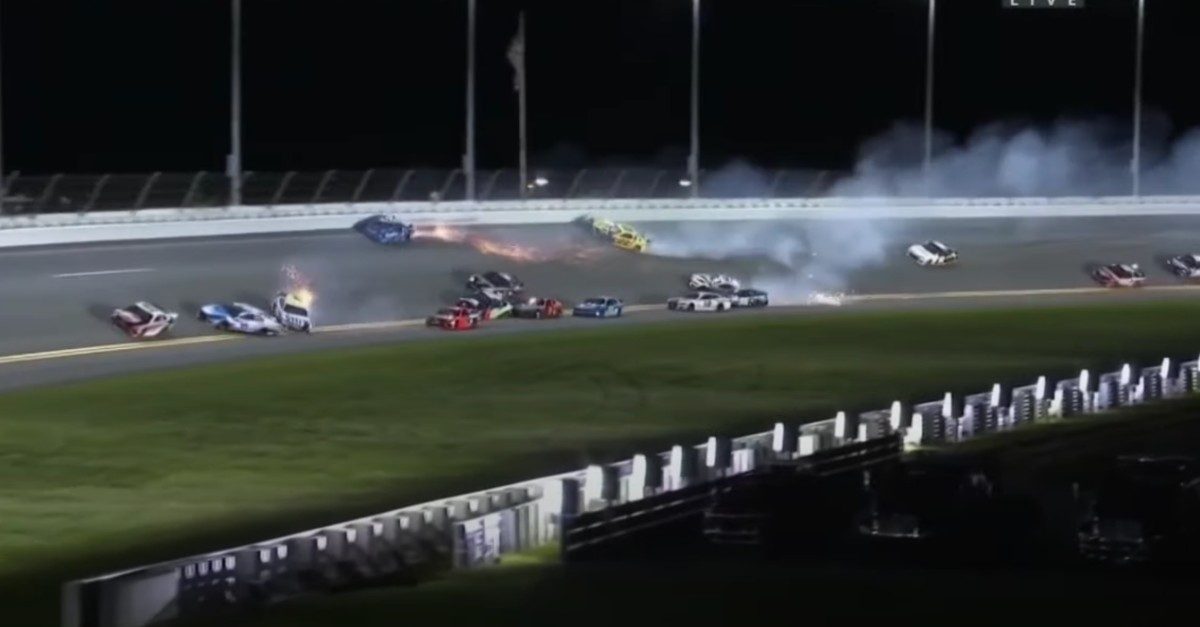 Those moves got him to victory lane for the first time in his young NASCAR Cup Series career and back in the playoffs for the second consecutive season.

Winless in 120 races, Johnson made a trip to victory lane to congratulate Byron and the No. 24 team, the one now directed by Johnson?s former and long-time crew chief, Chad Knaus.

?It?s a big win for Chad Knaus and William Byron,” Johnson said. ?I really felt like we had a way to transfer, to win, or point our way in and things just got ugly. Unfortunate, but that?s plate racing.?

Byron won the race in overtime after two late cautions and locked up one of the three postseason berths available going into the finale. Matt DiBenedetto finished 12th and secured the final spot. Clint Bowyer wrapped up a berth at the end of the opening stage.

Johnson looked as if he would land one of those spots. But he got shuffled back in the final stage and then got caught up in a wreck in the closing laps that started when Denny Hamlin made contact with Joey Logano. Byron squeezed between the two, took the lead and held on after a green-white-checkered finish.

?It?s been a hard couple of years in the Cup Series and trying to get my first win and trying to gel with this team,” Byron said. “These guys have done an awesome job and to be in the playoffs is amazing, man.?

About 20,000 fans tried to spread out in Daytona?s massive motorsports stadium and were treated to a frantic finish.

The race was pretty clean for most of the night, but got crazy down the stretch.

Tyler Reddick started the first one by trying to block Kyle Busch after getting a huge push to take the lead. Busch clipped Reddick?s bumper, sending him into the outside wall and collecting several other cars.

?(Reddick) just ran out of talent,? Newman said. ?All it takes is one goofball to make a mistake.?

Reddick accepted responsibility for the crash.

?If someone made that move on me, I’d be pretty mad, too,” he said.

Byron swerved his way through clouds of smoke to stay in the mix there. He was even luckier after Hamlin and Logano got together.