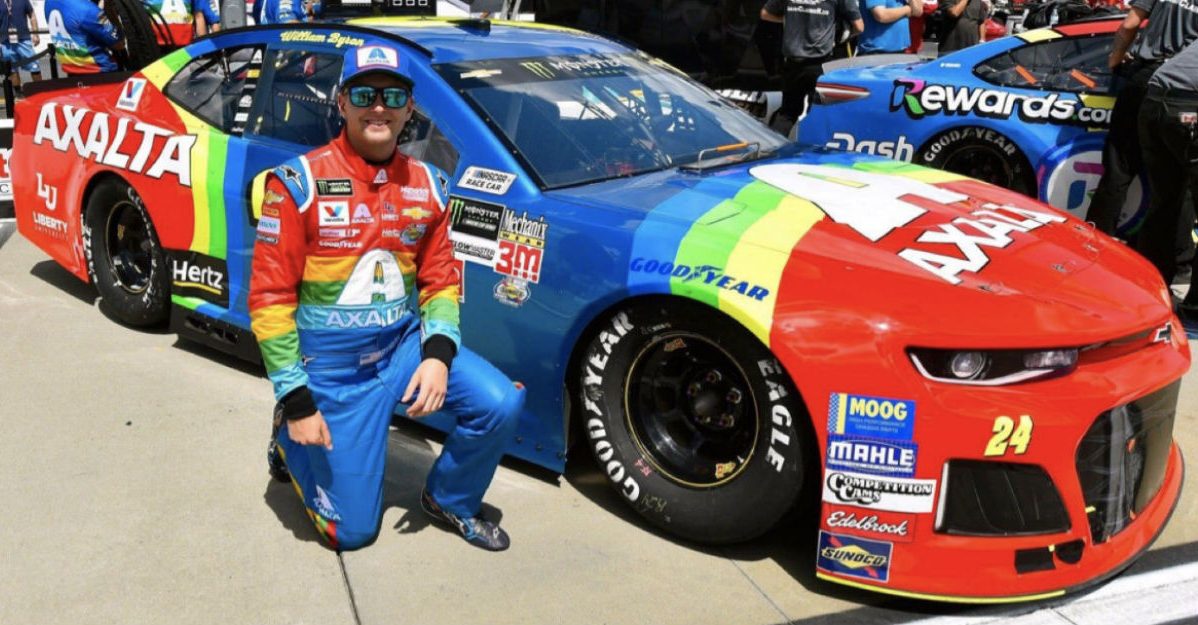 While NASCAR’s race weekend at Darlington Raceway saw Brad Keselowski snag his first victory of 2018, it was also important from the fans’ perspective, as throwback weekend at the South Carolina race track was a massive hit with the NASCAR faithful.

From Kyle Busch’s Skittles car tribute to Ernie Irvan to Keselowski honoring Rusty Wallace with the black and gold Miller Genuine Draft car, there were a number of iconic throwbacks. But it was William Byron’s Rainbow Warrior paint scheme in honor of legendary driver Jeff Gordon that was the ultimate fan favorite, according to a poll put out by NASCAR ahead of the Bojangles’ Southern 500.

Just narrowly beating out Derrike Cope’s No. 99 Chevrolet Starcom Racing Chevrolet and its Bojangles paint scheme, Byron’s No. 24 Hendrick Motorsports Chevrolet rocked the “Hot Summer Nights” rainbow paint scheme designed by artist Sam Bass. While it was the No. 24 Dupont Chevrolet that Gordon famously drove in the ’90s, Byron, in fact, drove the No. 24 Axalta Chevrolet. But boy, did seeing that car on the track bring back some memories.

Byron may have finished first in the throwback scheme contest, but he ended up placing 35th at Darlington. He currently sits at 22nd in the Monster Energy Cup Series standings and will likely not earn a playoff spot, unless he happens to win the Brickyard 400 in Indianapolis on September 9.

Surreal feeling to be driving this car.

Which iconic paint scheme at Darlington was your favorite?