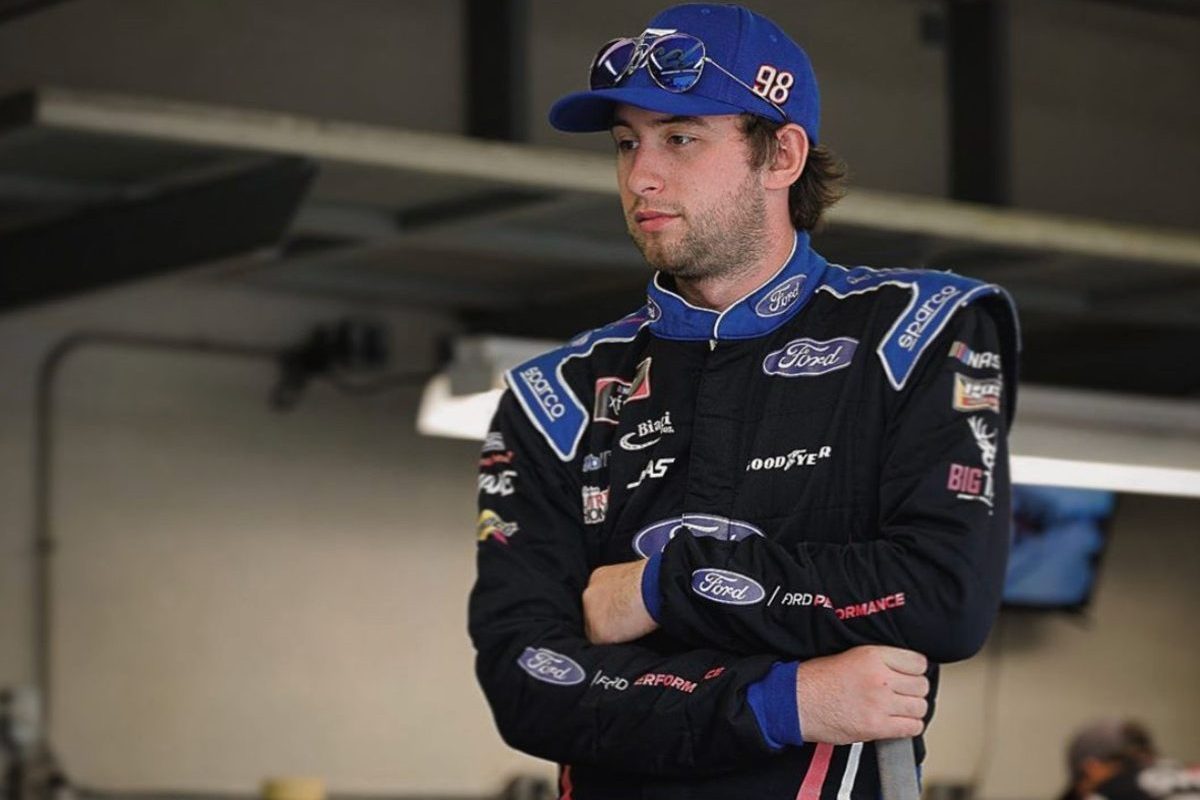 CHARLOTTE, N.C. (AP) ? Chase Briscoe earned job security for the first time in his career with a well-deserved promotion to the Cup Series to cap a season that has so far been storybook.

Briscoe on Tuesday was named the replacement for Clint Bowyer in the No. 14 Ford at Stewart-Haas Racing, the team co-owned by Briscoe?s childhood hero. Briscoe idolized fellow Indiana native Tony Stewart and dreamed of one day driving Stewart?s car.

?People would ask me ?What?s the goal?? and I?d say ?Man, the dream is to drive the 14,?? Briscoe said in an interview with The Associated Press. ?Never in a million years did I think that was possible. Getting to drive Tony?s car, and how much of a diehard Tony fan I was, it?s just crazy that I?m getting to drive that car.?

The 25-year-old native of Mitchell, Indiana, is a third generation racer who watched his father compete against Stewart on Midwest dirt tracks. Now he?s a nine race winner in the Xfinity Series, the championship points leader, and just the third driver of the No. 14 at SHR since it was created for Stewart in 2009.

Stewart hand-picked Bowyer to replace him in 2017, and when Bowyer accepted a television deal for next season, it freed the seat SHR desperately needed to avoid losing Briscoe.

?Chase has worked incredibly hard to make his mark in NASCAR and has earned this promotion,? Stewart said.

Still at a loss for words over everything, I grew up with Tony as my hero. Five years ago I was sleeping on couches and volunteering at race shops and now I’m driving my hero’s car. The 14 is more than just a number to me, I hope to make everyone proud like the last Indiana guy. https://t.co/i34FZhNPGK

Briscoe said he froze with stage fright during his childhood encounters with Stewart, and was such passionate a fan that he argued every Sunday with his Jeff Gordon-loving grandmother during NASCAR races. He emulated his favorite driver while playing video games, donning Stewart gear and copying Stewart?s celebratory mannerisms.

Much like Stewart, Briscoe is considered a blue-collar racer who lacks the family wealth needed to clear the path for an aspiring young driver. He had to earn everything on the track, yet nearly every year Briscoe?s season plans were 11th hour deals.

He?d slept on couches, worked in race shops and handed out business cards at race tracks trying to catch a break, and was even ready to quit and return to Indiana before a 2016 breakthrough chance in the ARCA Series. So began a series of starts and stops as Briscoe desperately tried to hang on, one sponsorship check at a time.

Even after he?d locked in on a driver development deal with Ford, his job security depended almost exclusively on funding. A strong three-race close to the 2019 Xfinity season, his first year with SHR, convinced Stewart that Briscoe had strong potential.

Yet the money was still an issue until a kismet set of circumstances led to a chance meeting on a Las Vegas street between Briscoe?s father and the CEO of a technology solutions company who also happened to be a NASCAR fan. Mike Mendiburu passed Kevin Briscoe on the same side the No. 98 adorned Briscoe?s hat, catching the eye of the CEO of Highpoint.

He stopped Kevin Briscoe for a chat, said he rooted for the young driver and, upon learning Mendiburu was talking to Briscoe?s father, offered assistance if there was a way Highpoint could help.

Briscoe was again in dire need of sponsorship. Without it, a second season at SHR was not going to happen.

But Highpoint, a company that had no involvement in NASCAR and never even considered sponsorship in the sport, pledged the money needed to get Briscoe another Xfinity season.

The deal was done in January, just weeks before the season began.

?He decided to go out on a limb, felt like the path of how it all went down, how he met my dad, it was just fate,? Briscoe said. ?He took a leap of faith. Mike was even saying last week, if he had just walked out on the other side of the sidewalk, he wouldn?t have even seen the hat. So it?s just crazy how the details came together.?

Still at a loss for words over everything, I grew up with Tony as my hero. Five years ago I was sleeping on couches and volunteering at race shops and now I’m driving my hero’s car. The 14 is more than just a number to me, I hope to make everyone proud like the last Indiana guy. Couldn’t be possible without @team_highpoint, @fordperformance, and @haas_automation. Daytona 500 here we come!

Highpoint?s career-saving boost for Briscoe has been rewarded with a spectacular season. Briscoe said from the very start of the year that eight wins would make him worthy of a promotion to Cup. Win No. 9 came last week at Kansas, put Briscoe in the championship race and made for perfect timing to announce his 2021 promotion.

Highpoint is again stepping up for Briscoe and will move with him to the Cup Series as an anchor sponsor next year on the No. 14. The company is strongly committed to Briscoe and has developed a personal relationship with its new ambassador.

?Chase has to be one of the most humble and grateful guys in the sport and he has worked incredibly hard for this opportunity,? Mendiburu said. ?Everyone has seen his talent and he has combined it with incredible humility and an unrelenting work ethic.

?Simply put, performance without character is not important to us. Chase, however, has both in spades. It?s why he?s ready for the NASCAR Cup Series and why we are so honored to support him.?