Alex Bowman to Replace Jimmie Johnson in No. 48 Car 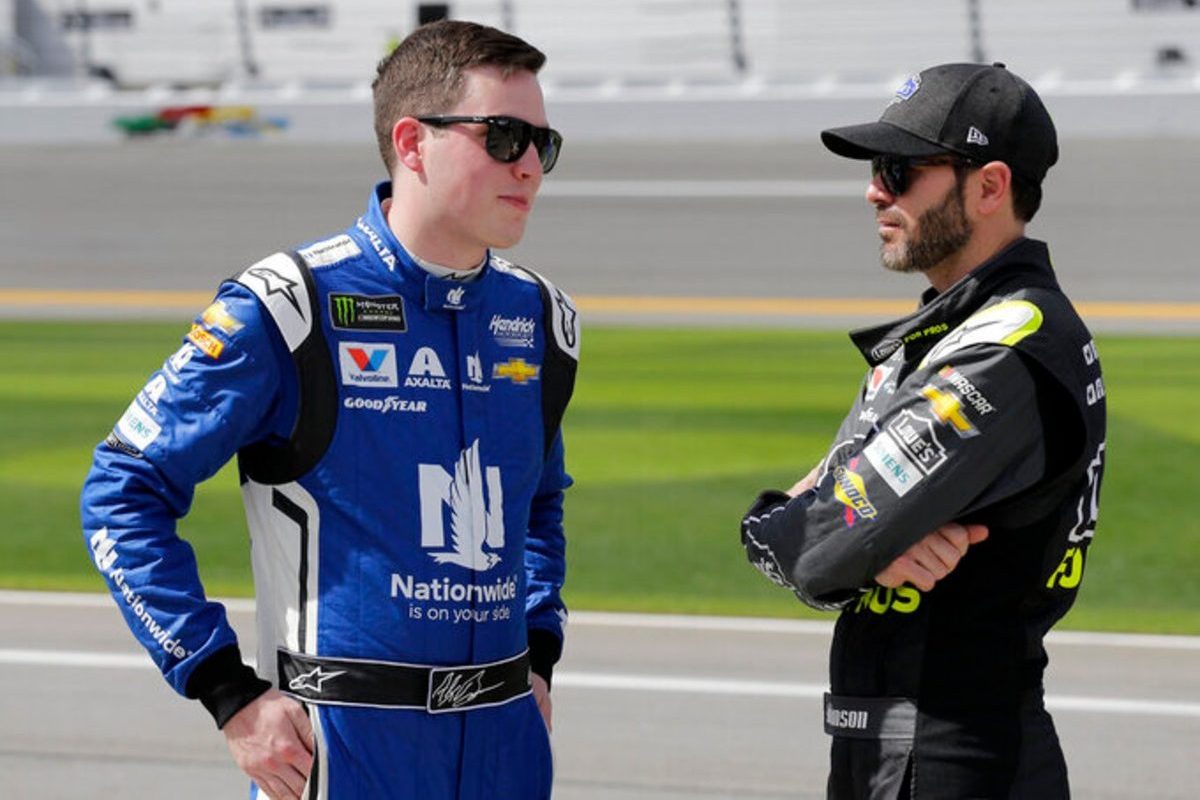 CHARLOTTE, N.C. (AP) ? Alex Bowman had little interest in the iRacing phenomenon at the start of the pandemic because he is not very good at gaming. But most of NASCAR’s drivers were doing it, so Bowman used it to show some personality.

He spotlighted his dogs, posting pictures of them in his simulator while blaming Finn and Roscoe for iRacing mishaps. It got Bowman some attention while NASCAR was on pause and, unbeknownst to him, helped land him a new job.

Bowman on Tuesday was named by Hendrick Motorsports as the replacement for seven-time NASCAR champion Jimmie Johnson in the No. 48 Chevrolet, and the personality he showed while iRacing was a selling point for sponsor Ally.

?Frankly, we just thought he was hilarious, and especially when he was posting his dogs in the SIM. He got me with that,” said Andrea Brimmer, chief marketing and public relations officer for Ally. “We loved that and we knew there was something there that really reflected the same quirkiness we’ve got in our personality, and we can bring that out together with Alex.?

Ally, one of only two sponsors that funds a car for the full 38-race Cup Series schedule, was new to NASCAR in 2019 when it replaced Lowe’s as sponsor for Johnson. The No. 48 has had just two sponsors since its 2002 launch and Ally came aboard when both Johnson and the car had well-established brands.

With Bowman, a 27-year-old Arizona native, the financial services company has a blank slate in developing a marketing plan for its new ambassador. Ally will be the first fully committed sponsor of Bowman’s career; the No. 88 Chevrolet he currently drives has had five sponsors so far this season.

Bowman has followed two of NASCAR?s biggest superstars while advancing his career. He took over the No. 88 following 15-time most popular driver Dale Earnhardt Jr. and now replaces Johnson. It’s a chance to establish his own identity.

?The 88 had its pressures to be popular and to be almost somebody that I wasn’t, so I am really looking forward to accepting the pressures of the 48 in that they are to go run up front and win races,? Bowman told AP. ?I don’t care to be the most popular driver… I just want to win races and championships and succeed.?

It’s been a whirlwind, five-year turnaround for Bowman, who was barely hanging on to a ride in 2016. He had made the decision to stop driving slow cars just to be in the show and committed to only taking jobs with competitive teams.

It meant a step back to a partial Xfinity Series schedule in 2016 with Earnhardt?s team, but when Earnhardt was sidelined later that season with a concussion, Bowman got 10 Cup starts as his replacement.

That put him in the Hendrick pipeline and Bowman spent 2017 doing development work for the team and General Motors. Then he got the No. 88 when Earnhardt retired at the end of that year.

He has won two Cup races and made the playoffs in all three seasons driving the No. 88. He is currently sixth in the standings and can advance this weekend into the round of eight.

Still, he never expected to replace two giants of the sport.

?Maybe when I was a kid, I was like, ?Yeah, I?m going to win everything, it?s going to be easy,? but I did an interview in 2015 and said, ?I?ll probably never get a phone call from Mr. Hendrick to go drive one of his cars,?? Bowman said. ?I was just trying to make a living, doing more with less and driving for low-budget teams.

?I never thought I?d end up with a Hendrick car in general, and to have won with the 88 and now step into the 48 is something I never thought would happen.?

Aside from his dogs catching Ally’s attention, the company was impressed with Bowman’s love of cars. He owns eight road cars and five race cars all housed in a new shop built in North Carolina, including a Corvette that Rick Hendrick convinced Bowman to buy during the 2016 team Christmas party.

Bowman is constantly tinkering with his fleet, particularly the Corvette he’s bumped up to 1,100 horsepower and installed a new set of seats into it this week.

?I’m just a mechanic and a car guy that gets to drive race cars and I think the car guy thing has kind of left the sport a little bit. You just don’t see a lot of that in the garage today,” Bowman said. ?It seems like a lot of people at Ally are really into cars, so to be able to share that from a brand perspective as well as the people at Ally.?