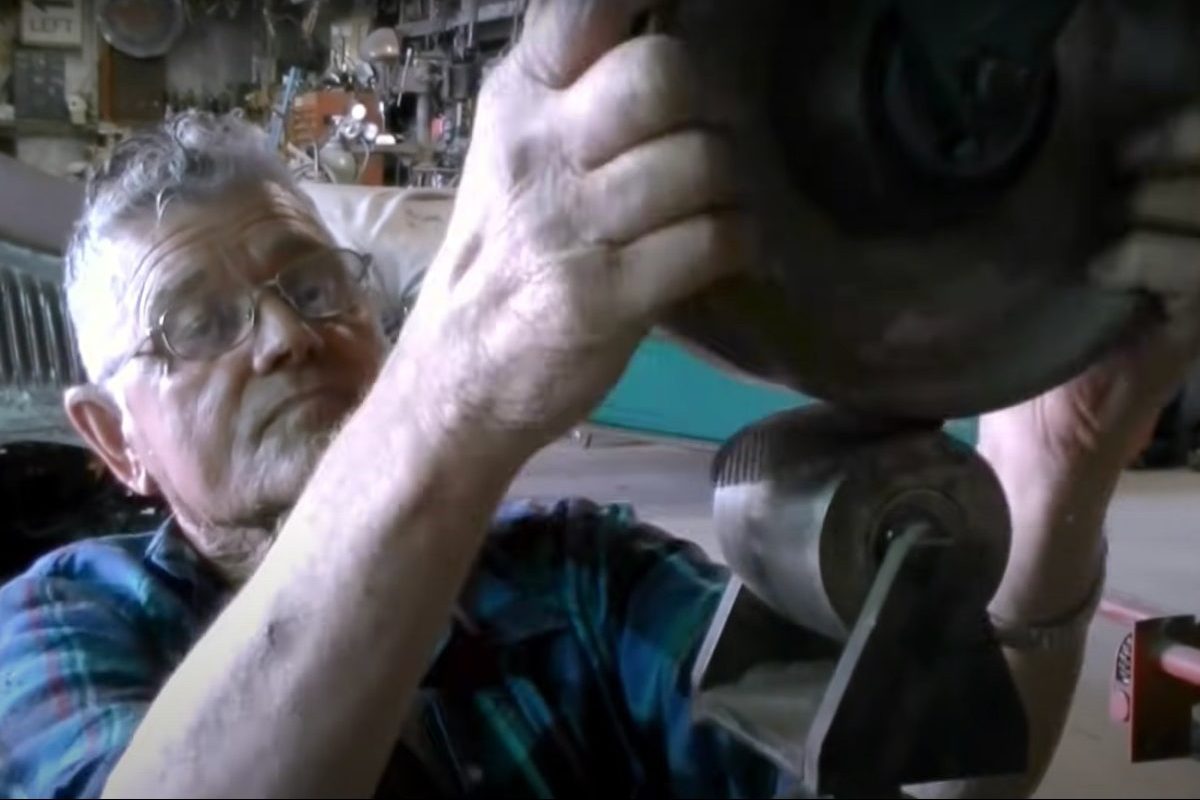 Everyone loves a mini, and one man from Maricopa County, Arizona has turned miniaturizing into a true art form. Specifically, Ernie Adams creates dwarf car versions of classic cars, fully to scale, street legal, and from scratch.

He includes every detail of the original’s from accurate horns to proper detailing. It takes him two to three years to construct each one by hand, and it is clear why. They are absolutely immaculate (miniaturized) recreations. The fact that he recycles junk and salvage to make his automobiles — Ernie’s first car was made from nine old refrigerators, for instance — only makes us love him more.

In this below episode of My Classic Car, we get a look at just a couple of Ernie’s creations, including the 1949 Mercury Dwarf.

Ernie Adams: The Man Behind the Dwarf Car

Ernie was fascinated with cars from a very young age. As a child, he created a wooden boxcar in which his mother would pull him through Ernie’s home town of Harvard, Nebraska.

He built his first dwarf car in 1965, a recreation of a ’28 Chevy two-door sedan with an 18-horsepower Wisconsin motor. His tools, if you can believe it, were limited to a homemade hacksaw, hammer, and chisel.

In 1979, Ernie attended a three-wheeler motorcycle race in Phoenix. As he watched, he noticed that the three-wheelers were forced to reduce speed on turns due to their instability. He recognized that this was holding the race’s excitement and attendance numbers back. He made the suggestion to use car bodies, instead. By 1983, there were 12 dwarf race cars competing on a speedway in Prescott, Arizona.

It didn’t take long for Ernie to outgrow dwarf car racing. Having picked up professional-level skills in metal bending and shaping, Ernie felt a more artistic calling. It was this calling that led him to create his first fully outfitted, entirely accurate, street-legal dwarf car recreation. This first pro dwarf car cruiser had an accurate body style from the front fender to rear-end muffler. Ernie never looked back.

Read More: Where Is Rick Dale and the “American Restoration” Crew Today?

Ernie houses his dwarf cars in his Dwarf Car Museum in Arizona. Ernie’s sons help him manage the business end of things, so Ernie gets to spend his time working on creations.

If you take a look at dwarfcarmuseum.com, you’ll notice the place is situated in a cool little recreated town called Flat Tire Springs. There’s Ginger’s Barber Shop, an actual vintage barbershop where the likes of Jay Leno has stopped by. There’s also the Dwarf Car Gift Shop, where T-shirts, license plates, and other cool memorabilia is available. So, while Ernie Adams insists that his dwarf cars are not for sale — despite getting offers ranging from $50,000 to $400,000 over the years — it’s great to see that there’s still a place for others to come and marvel at his work.