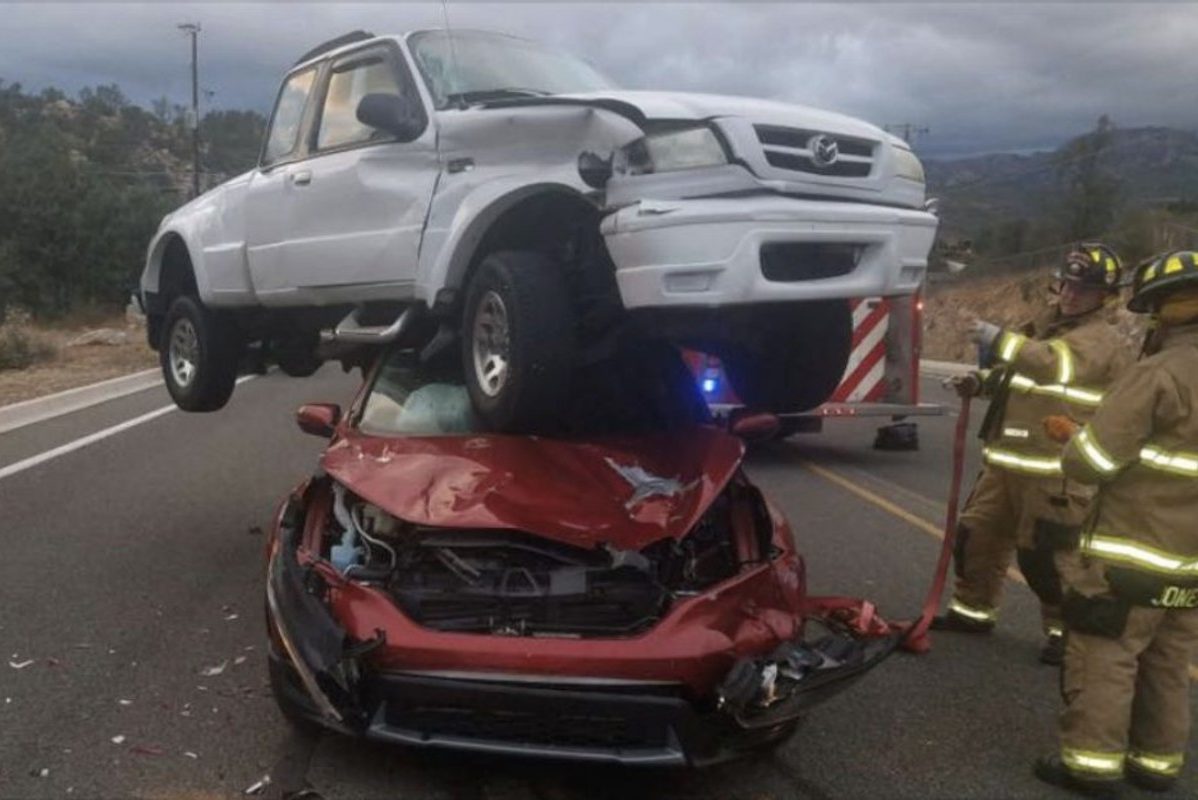 Now, I’m not exactly what you would call a “miracles guy,” but after seeing the end result of a three-car accident that happened on a Arizona highway back in 2018, I’m inclined to believe that something pretty miraculous had to be at play.

It turns out that there were zero injuries when all was said and done. ZERO. Considering that a pickup truck lands on top of a much smaller sedan, you’d probably think that everyone involved somehow walking away without so much as a scratch would be pretty much unbelievable. Well, you better start believing, because that’s exactly what happened.

In the three-car accident, a truck made contact with a white Mazda B-Series pickup which caused it to swerve into oncoming traffic on Williamson Valley Road in Yavapai County, Arizona. The Mazda proceeded to hit a black car which made it flip into the air and land right on top of a Honda CR-V.

The images of the crash don’t look pretty, but to the pleasant surprise of the firefighters who arrived on the scene, there were zero deaths and even zero injuries reported from the accident.

According to the Yavapai County Sheriff’s Office, the fact that everyone was wearing seatbelts was a major contributing factor as to why no one was injured in the Arizona crash. Huh. I mean, seatbelts are great and all, but there had to be a hell of a lot more than just seatbelts at play. You drop a more than two-ton pickup practically on top of someone’s head, and I don’t care how tightly you’re strapped in. That seatbelt probably won’t be doing all that much good.

I don’t know what exactly could have contributed to this roadside miracle, but one thing’s for sure: car safety technology sure has come a long way.