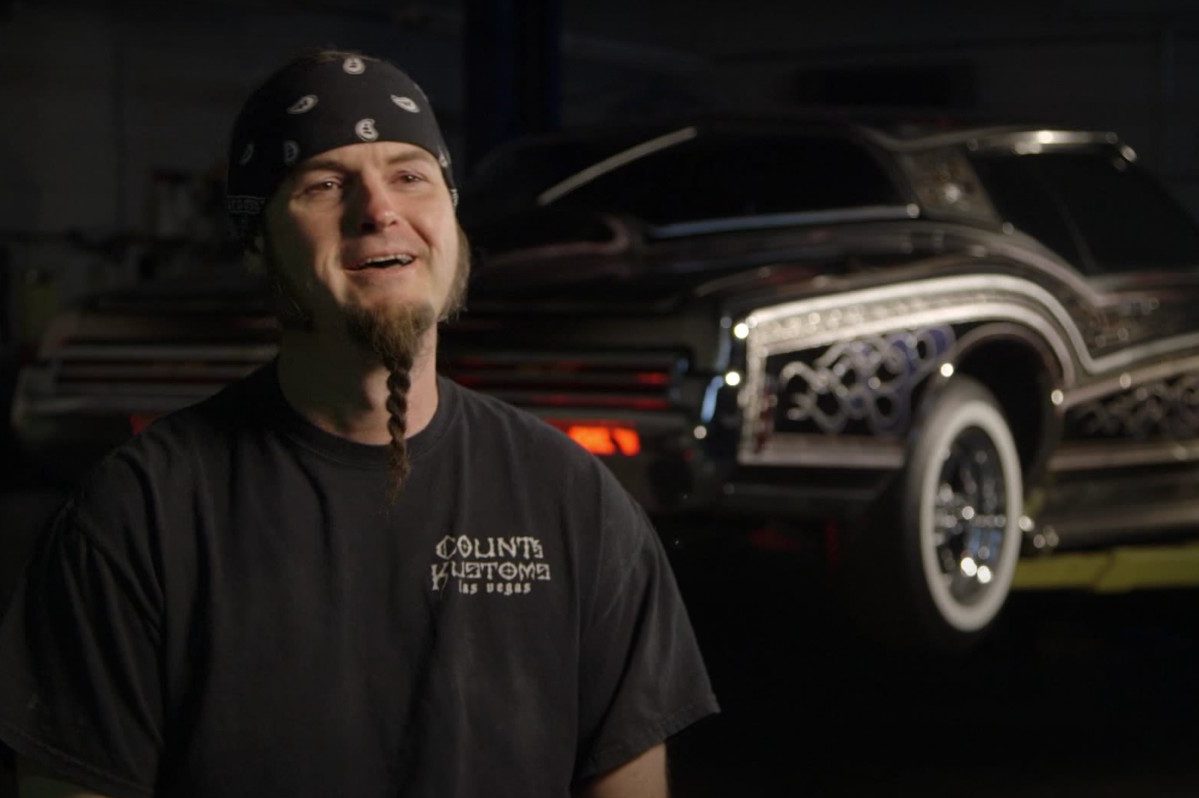 Counting Cars on the History Channel has truly shown the world what Danny “The Count” Koker is capable of. The restorations that come out of Count’s Kustoms are nothing short of amazing, but it takes a large talented crew to really make things happen. Among the cast members of the TV show and Pawn Stars spin-off, one guy that truly deserves some recognition is the lead painter and airbrush artist, Ryan Evans.

The TV series is based out of the Las Vegas, Nevada shop, and while the mechanics put in tons of work, you can’t really call it custom without some incredible bodywork and a kickass paint job. As the head painter, Ryan ensures that the vintage and muscle cars that visit the shop leave with some flawless automotive artwork that will blow your mind, just the way Danny intended for his brand. Let’s learn a little bit more about Evans.

Who Is Ryan Evans From Counting Cars?

Ryan was discovered by lead bike builder and bike shop manager Shannon Aikau over 20 years ago. Since coming on board as a graphic artist at the shop, he rose up the ranks and eventually became Danny Koker’s right-hand man. Together, they brainstorm and come up with the perfect color scheme for every vehicle the shop comes across. He’s developed quite a number of fans from the car show and for good reason. The guy is extremely talented at what he does.

Even before he became a co-star on the show, he was a pretty interesting guy. He attended Frankfurt American High School in Germany while he was growing up, so it’s a safe bet that he knows how to understand and speak the German language pretty well.

His love for artwork also goes further into a love for tattoos. Not only just on himself, but he can appreciate an artist that puts out great work. His social media accounts normally contain a large amount of good-looking ink. Oddly enough, the guy is also a fan of rubber ducks as seen on his Twitter, but who can hate on rubber duckies? His Facebook page is also pretty popular, where he posts to nearly 70,000 followers.

It’s hard to get an accurate figure on the painter’s worth, but he obviously isn’t going to be worth quite as much as The Count. That being said, based on how close he is with Danny, it’s estimated that he could potentially be worth between $1 million and $5 million. That’s certainly nothing to scoff at. It’s reasonable to believe that his skilled work could reward him with a a decent chunk of change.

With nine seasons of Counting Cars and no signs of the reality show coming to an end, you’ll be seeing a lot more from Ryan as the new episodes drop. I’m pretty convinced that his humble attitude and passionate work will take him pretty far in his lifetime. We can’t wait to see what crazy customization he comes up with next!