Rob Dahm: The Popular YouTuber Who’s Rotary Swapped Everything From a Corvette to an IndyCar 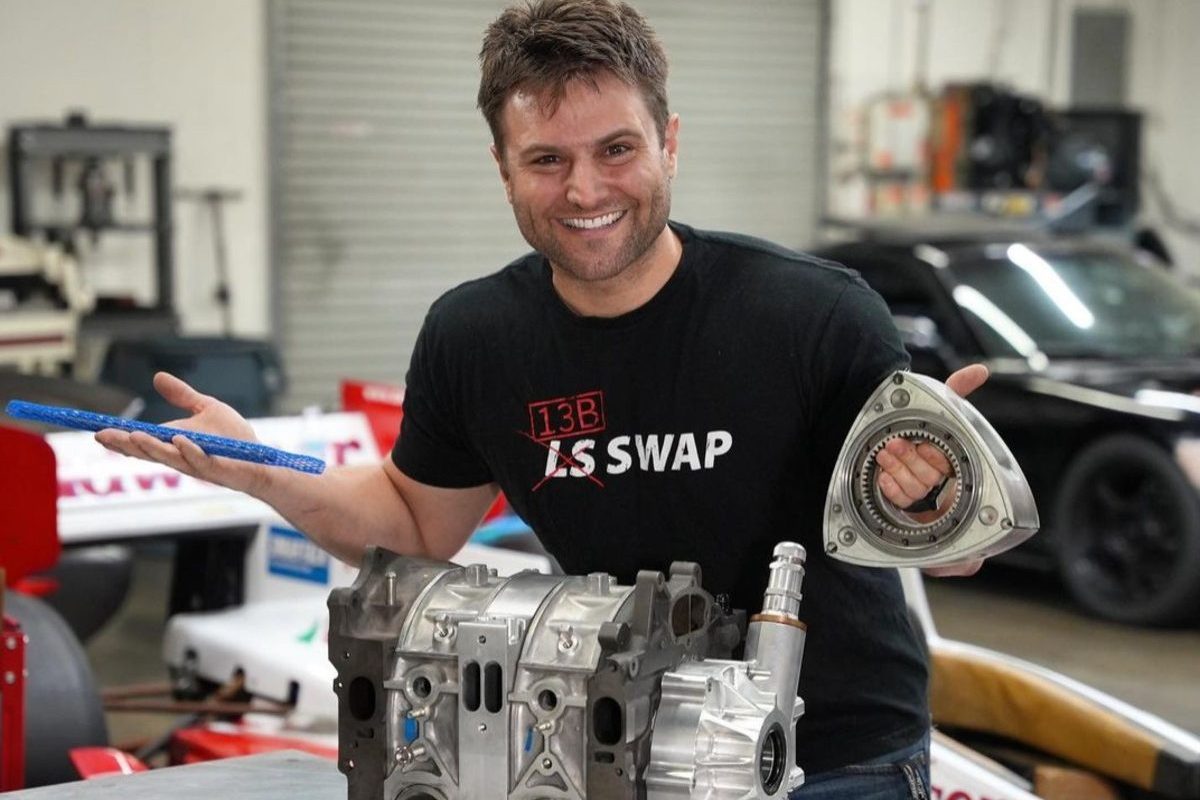 Rob Dahm is one YouTuber that will make gearheads want to click that “View All” link in order to spend the day binge watching builds.

The owner and founder of DahmRacing, Rob Dahm is just like any other motorsports enthusiast. He loves high horsepower, and he has a very specific vision on how to achieve it. His instrument of choice? The rotary engine.

That’s right. Do a quick double take, and then get ready to buckle in to what makes Rob Dahm’s YouTube channel unlike the rest.

It’s ok. You’re allowed to not know everything. We won’t tell a soul that you read this section of the article.

Most cars have a piston engine. In a piston engine, each cylinder is pressurized so that it is responsible for intake, compression, combustion, and exhaust at different sequential times. This process causes the pistons to move, which then gets the crankshaft and connecting rods going to turn the pistons moving into the motion of your car.

The rotary or Wankel engine — so named for Dr. Felix Wankel, who originally created the model — does things a bit differently. Within the housing are an intake port and an exhaust port. This is also where you’ll find coolant passageways, too.

Now that we’ve gotten that out of the way, you might see why putting a rotary engine in a Corvette or an IndyCar would be kind of a cool thing. Ok, a really cool thing.

Why Is Rob Dahm Obsessed with Mazdas?

Therefore, it makes sense that Rob would be drawn to a rotor RX-7 like a moth to flames. But, this isn’t a guy who just likes to leave things the way they are. Rob’s a “next level” kinda guy. He doesn’t just have a typical RX-7; instead, he has an AWD 4 rotor RX-7.

The project just wrapped up in 2020, but subscribers to his YouTube channel get front row seats to watch the whole thing come together. When he throws things on the dyno, the result is a cool 1400 horsepower and 786 torque. No big deal, right? Just your average all-wheel drive sports car with a ridiculous amount of power.

Of course, this is the same AWD RX-7 that took on Ken Block’s 1400 horsepower AWD twin-turbo Hoonigan-crafted Mustang-based beast known as “The Hoonicorn.” There were some technical difficulties in that race, but the amount of power on the track that day was heavenly.

What Else Has Rob Dahm Put a Rotor Engine In?

From his detailed, down-to-Earth, and downright funny videos, Rob Dahm has made his subscribers privy to several top-shelf projects.

There’s the Corvette C8 that was given a 4-rotor. Based on the concept of the Aerovette developed in the 1970s, this ongoing project involves a battered Vette, rotary engines, and Rob Dahm’s mad genius.

That’s not to be confused with the Corvette Z06, of course, which was Rob’s first rotary Corvette.

But, perhaps the most fascinating current project is installing a rotary engine in an IndyCar. Yes, an actual IndyCar. Rob purchased an engineless 1997 Lola, once raced by Richie Hearn of Della Penna Motorsports. His plan, of course, is to drop a rotor setup in there…but, how?

Unfortunately, it’s not our place to throw out spoilers for Rob Dahm’s videos. After all, he’s a YouTuber for a reason. For those who have more questions or curiosity, Rob Dahm of DahmRacing has plenty of answers and ideas.