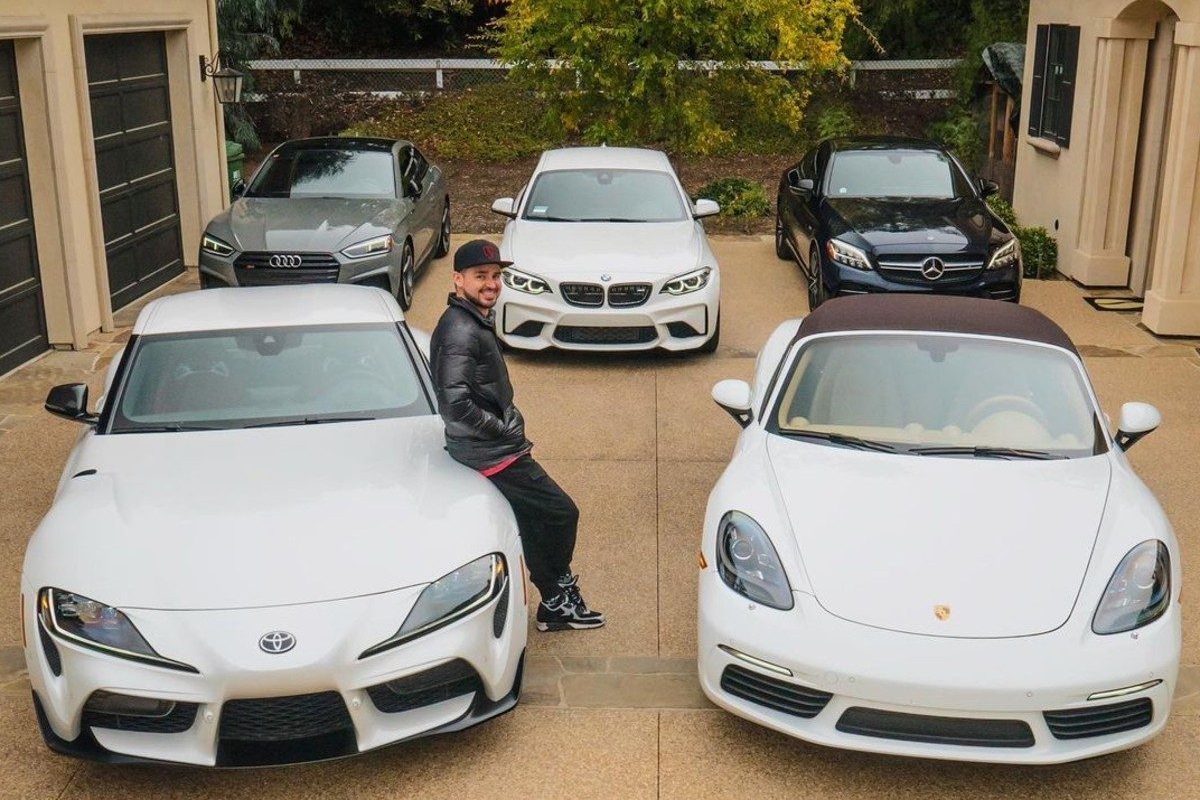 At one time, not too long ago, a YouTuber known as “Salomondrin” became an absolute sensation as one of the top — and only — auto influencers in the world.

But now, as influencers are starting to take over the world niche-by-niche, Salomondrin appears to be fading into the background. His YouTube channel used to include videos like “I Bought the Cheapest New Lamborghini in the US!” or “Bought a New Aston Martin!” which highlighted and celebrated this guy’s unbelievable car collection.

In the early months of 2021, however, the tone clearly shifted to more personal videos, including “We Remodeled Our Home!” and “How I Made My Fortune in Real Estate, Explained.” His social media outlets have gone to a Spanish-only format, and his podcast, “Let’s Talk About Cars, Yo,” or LTACY to the real fans, hasn’t posted a new episode since December 28, 2020.

Many followers are starting to wonder…”What’s the deal with Salomondrin?”

“Salomondrin” is the social media and YouTube handle for Alejandro Salomon. Born in Mexico in 1984, he claims to have moved to the United States at age 19. Some websites claim that he was educated at Anderson National College and the Canadian Institute of Traffic and Transportation, but it’s difficult to back up those claims, since any websites with biographical information about Salomon have been deleted, or penned by Salomon himself.

According to his iMDB profile, which he wrote for his movie development and production company, Helios Productions, he is also the founder of Salomon Investment Partners, which manages investments, real estate, and tech companies. His last film credit, however, was as executive producer of Secrets of My Stepdaughter, a 2017 TV movie.

To summarize, all we really know about Salomondrin is what we can suss out from his YouTube channel: He has lived in Los Angeles and Manhattan, he’s married, and he has the coolest collection of sports cars and watches anyone has ever seen.

Before the millions of subscribers and multiple social media outlets and online community with its own merchandise, there was a guy with a wide body Dodge Challenger Hellcat and a Pagani Huayra 730S. The year was 2015 — a much simpler time — and each video immediately gained 1m views. For those not as familiar with YouTube slang, that “m” means “millions.”

Then there was the bright green Porsche, the Rolls Royces, and a series on YouTube TV called Bangin’ Gears.

Bangin’ Gears was essentially a professionally-shot short series about a bunch of car guys — known as the CUPGang– and their supercars and hypercars on a rented track. We’re talking a showdown between Ferraris, Porsches, and McLarens to not only decide which was the fastest, but which was the most enjoyable to drive. Since most of us will never get an opportunity to drive one of these cars, much less all three, the series took off, establishing Salomondrin as one of the top automotive YouTubers.

When the CUPGang dissolved due to creative differences, Salomondrin chose to make his YouTube channel less of a series, and more of a day-to-day video blog, or “vlog.” Even though the videos were just a guy and his buddies test driving vehicles and playing with Salomon’s massive car collection, there was something enduring and enjoyable about watching this everyday kind of guy spend millions of dollars on cars that most of us only read about.

So When Did Things Change?

At some point in 2018, Salomondrin became a merchandise channel. There were monthly subscriptions to a community for gearheads, Gorilla watches investment opportunities, and a brief fling with something known as Puku Pals.

The car reviews also changed significantly. Instead of Pagani Huayra, the team was checking out…Volkswagen Jettas? Nothing against a nice, reliable Jetta, but they aren’t exactly hypercar material.

This is where people started trying to piece together all of the stories told in the videos. He made millions in real estate, but the claims he was making didn’t jive with his timeline of moving to the U/S. He cleared out his sports car collection in 2019, following an incident in which his McLaren Senna caught fire while he was driving it.

His latest videos seem to indicate that he’s pursuing marketing of his investments and companies. While that’s definitely a different direction for the automotive YouTuber, it’s not entirely unfamiliar territory, given his swerve into merchandising in 2019.

At this stage, the conspiracy theories surrounding Salomondrin’s social media presence (or lack thereof) are almost as entertaining as his videos. What’s the next step for Alejandro Salomon? Hard to predict, but the journey so far has been fascinating.