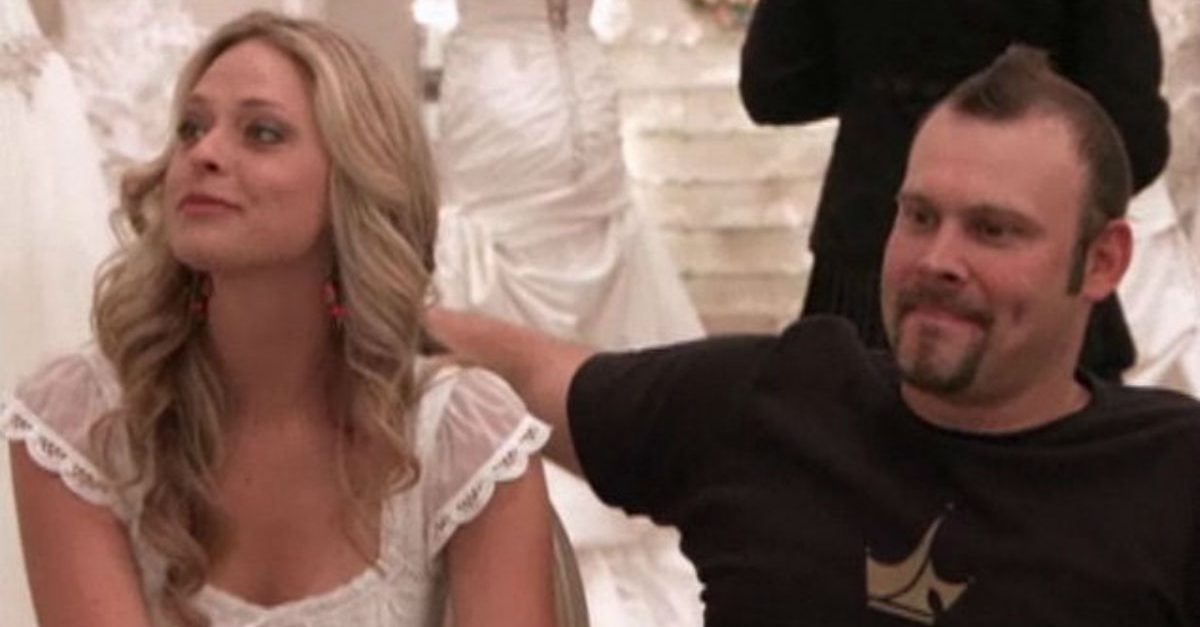 Paul Teutul Jr. is most famous for his stint on the popular reality TV show American Chopper. But, like any great television star, Paul Jr. isn’t averse to making the occasional crossover appearance.

Back on July 30, 2010, Junior was featured on the TLC show Say Yes to the Dress with his then-fiancée (and now wife of 10 years), Rachael Biester. Needless to say, this was quite the departure from motorcycle fabrication.

Paul Teutul Jr. on “Say Yes to the Dress”

Read More: How Much Is American Chopper Star Paul Teutul Jr. Worth?

Junior’s episode of Say Yes to the Dress was called “In the Spotlight.” But, instead of being in the spotlight for customizing motorcycles at his shop Paul Jr. Designs in Montgomery, New York, Paulie was a little bit out of his comfort zone in the men’s department of Kleinfeld Bridal in Manhattan. He probably would’ve been more comfortable yelling at his dad, Paul Sr., than trying on suits. Paul Jr.’s younger brother, Mikey, who also currently works at Paul Jr. Designs, was there for moral support. But, as mom Paula points out, he’s even worse off than Paul in the fashion department.

Later on in the episode, despite his best efforts, Paul ends up getting “kicked out” of Rachael’s dressing room. Gotta love that made-for-TV drama.

Paul and Rachael Teutul: Where Are They Today?

Paul and Rachael got married on August 20, 2010, surrounded by more than 130 friends and family at Bonnet Island Estate in Bonnet Island, New Jersey. Paul Sr. wasn’t in attendance, but it was apparently quite the party. An expensive one, at that, with more than $28,000 being spent on flower arrangements alone. For a wedding present, Paul gifted Rachael with a brand-new Mercedes. He probably had a lot more fun picking that out than the custom suit.

On February 3, 2015, Rachael gave birth to Hudson Seven Teutul. Will Hudson follow his dad and grandpa in the motorcycle fabrication business? Luckily, he has at least a few more years to figure that out.