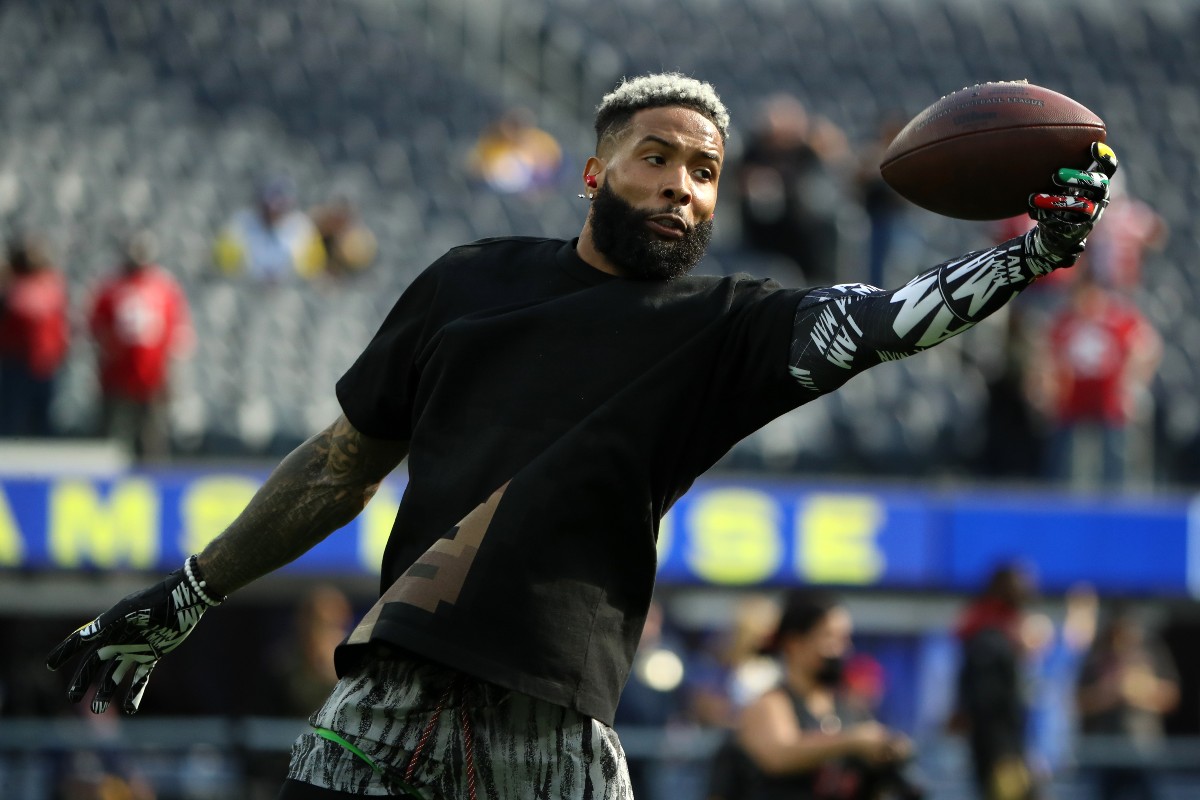 There’s no doubt about it, Odell Beckham Jr. is a flashy guy.

From his style of play as a superstar NFL wide receiver to his life off the field, OBJ sets himself apart from other NFL stars. So, sure, like anyone who makes millions of dollars a year, the guy has a sweet car collection. But, being the guy that he is, he couldn’t just pick up any luxury car or supercar straight from the lot and call it a day. That’s where Dreamworks Motorsports comes into play.

The North Carolina-based shop has worked with Beckham on pretty much all of his custom cars. Here, we’ll look at three of the custom cars in Odell Beckham Jr.’s collection that have definitely caught our attention.

Interior and exterior designs aside (which you can check out in the above Instagram post), the Lambo is also chock-full of sick custom amenities, including a JL Audio sound system, a suspension lowering package to improve performance, and a K40 radar detector.

We haven’t even touched on the engine specs. This thing also has a 900-horsepower performance package and sport catalytic converters. See, we told you OBJ doesn’t mess around with his custom rides.

This was actually one of Dreamworks Motorsports’ first collaborations with OBJ. While the CLS 63 AMG “supreme edition” initially featured a black-on-red scheme, the shop customized the car again in 2020, basically taking the whole car apart and starting from scratch.

They two-toned it with gloss kandy red paint, which we have to say is a much better color scheme than the first go-around. They also custom painted the Forgiato wheels and the brakes, while also smoking the taillights and tinting the windows with Suntek to really help the car pop.

Of course, they also had to include a JL Audio system, which is encased in a Supreme/Louis Vuitton leather enclosure. We’re not sure if this ride belongs in a garage or at an LA fashion show.

Featuring a Dawg Pound orange wrap from Beckham’s Cleveland Browns days, this custom Rolls-Royce Cullinan SUV may need an updated paint job, since OBJ’s no longer with the team. That said, this ride looks sleek as all get out.

READ MORE: 3 of the Most Expensive Rides in Matthew Stafford’s Car Collection