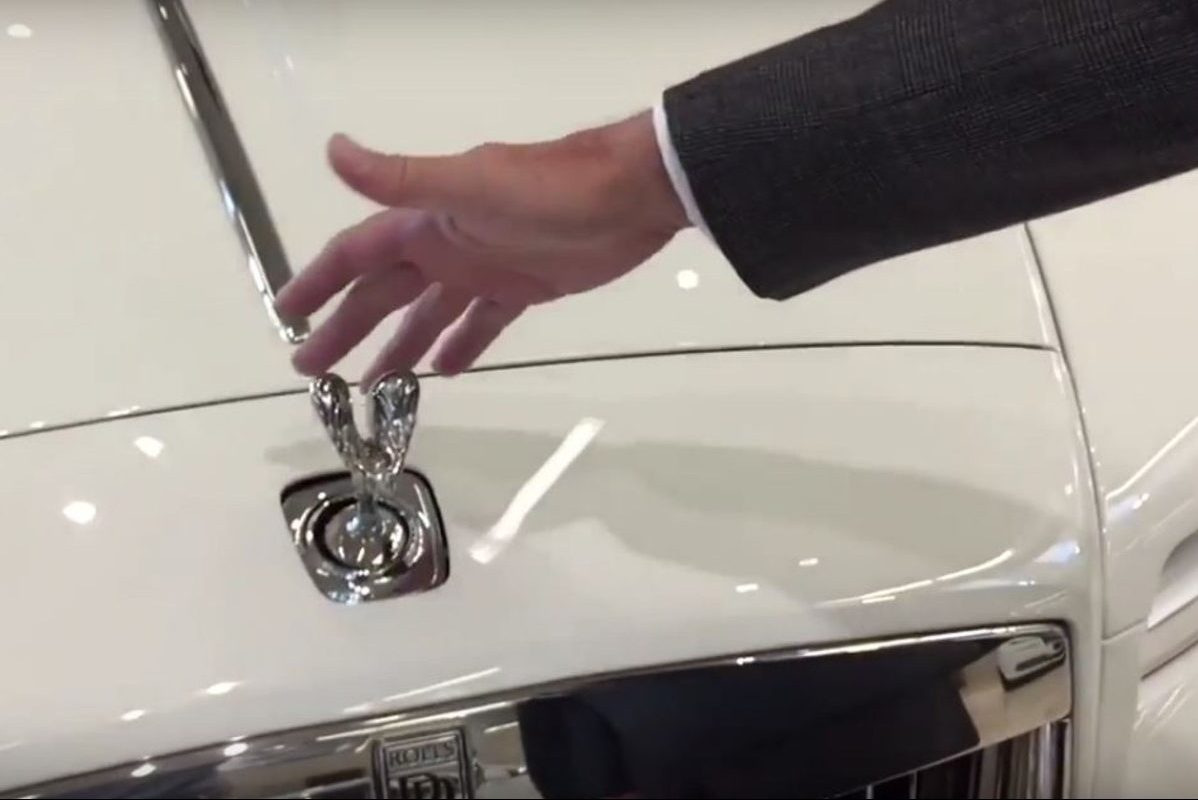 The Spirit of Ecstasy, which is modeled after a woman holding her robes against the wind, has adorned the hood of every Rolls-Royce since the early 1900s in some form or another, and has become the object of much allure from those who ogle Rolls-Royces worldwide.

Back in 2003, the engineers at RR came up with a rather novel anti-theft device for these high-priced luxury cars to keep their prized emblem from being stolen. In the below video put out by Dimmitt Automotive Group, Mark Powell — the Sales Director for Rolls-Royce Tampa Bay — gives us a quick preview of this nifty technology from the luxury automaker.

WATCH: Why You Can’t Steal the Spirit of Ecstasy

Read More: Rolls-Royce Cullinan: The World?s Most Expensive SUV Is the Real Deal

History of the Rolls-Royce Hood Ornament

As you can probably imagine, the Spirit of Ecstasy hood ornament has undergone a number of changes over the years. Before it was even called the Spirit of Ecstasy, it was known as The Whisper. While the first Rolls-Royce motorcars simply had emblems rather than radiator mascots, the first iteration of the now-famous recognizable ornament traces back to a baron named John Montagu.

Montagu wanted to have a personal mascot for the hood of his 1909 Rolls-Royce Silver Ghost, and he commissioned sculptor Charles Robinson Sykes for the job. Sykes chose Eleanor Velasco Thornton as his model, a woman who Montagu also happened to be having an affair with. The original ornament showed the mini Eleanor in fluttering robes with a forefinger against her lips, symbolizing the secret of the love affair.

Several years later, Claude Johnson, who at the time was the managing director of Rolls-Royce Motor Cars, asked Sykes to design a more appropriate ornament. Still using Eleanor as his model, Sykes modified The Whisper to include wings, similar to a Nike goddess-like figure. While he called the first model The Spirit of Speed, it later became known as The Spirit of Ecstasy, and is also referred to as Silver Lady, The Flying Lady, or simply Eleanor.

Sykes made several alterations in subsequent years, including a kneeling version in 1934, though this was discontinued after the Rolls-Royce Phantom IV, Silver Dawn, and Silver Wraith models.

2003 marked the first model year featuring the anti-theft version of the ornament. This version can be made from highly polished stainless steel, stainless steel with 24-carat gold plating, or illuminated frosted crystal.

Whether we’re talking about BMW, Porsche, Audi, or Bentley, luxury automakers are always pushing the limits when it comes to the aesthetic of their vehicles. And, in the case of the Rolls-Royce hood ornament, no detail is too miniscule.