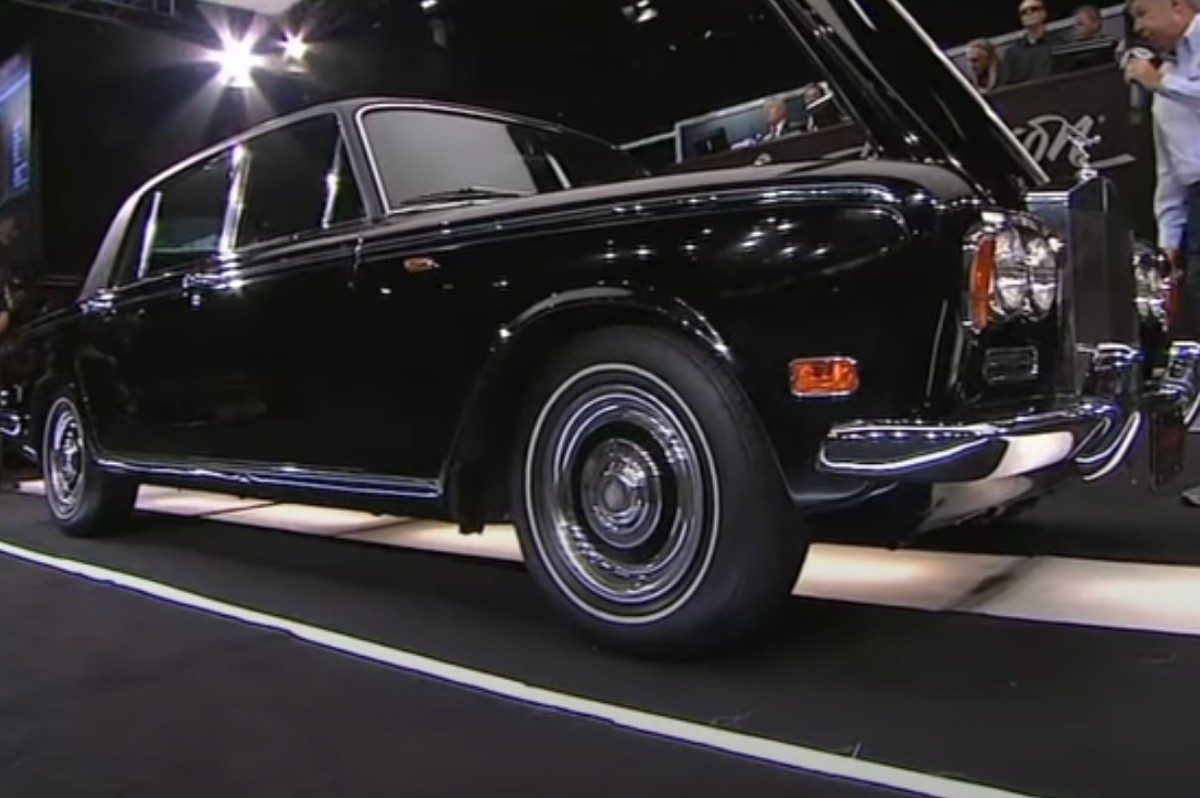 Johnny Cash is just one of those people who will always be remembered in history. As one of the best-selling music artists of all time, selling over 90 million records, “The Man in Black” made a massive impact in the music world. His persona and talent eventually led to his induction into not just one, but three Halls of Fame: country music, rock and roll, and gospel music.

Now, Johnny Cash was also somewhat of a car aficionado, and he had some pretty sweet rides in his collection.  Most notably, his black Rolls-Royce Silver Shadow. As it turns out, the ride went up for sale at the Barrett-Jackson auction in Las Vegas back in 2014. Just take a look at this beauty!

Although the all-black paint was Cash’s style, it was definitely one of the more oddball classic cars that he owned, seeing as he’d usually stick to Detroit automobiles. He did claim to have a thing for Rolls-Royce cars, but this one in particular was actually a gift from the ABC television network for his efforts on The Johnny Cash Show.

The music variety show featured many popular folk artists such as Bob Dylan, Joni Mitchell, and Bob Hope. The show went on to air for 58 episodes total and maintained some decent ratings.

Johnny Cash’s Rolls-Royce was special ordered by the network for the star, and even included his “JRC” initials in gold lettering on the rear doors. The long wheelbase car had only accumulated 32,000 miles during the ownership. It even came with the original build-to-order sheet, Tennessee registration, and multiple published references proving that the vehicle was indeed owned by Cash.

You may have even seen this car previously when it was featured in an episode of Pawn Stars in 2013. It was brought in to Rick Harrison at the shop, with an asking price of $350,000. Obviously, Rick wasn’t looking to pay full price for the vehicle, so the two went back and forth on price a few times.

In the end, the Pawn Stars crew were unable to make a deal even after the price came down all the way down to $200,000. By the looks of what it sold for at auction, I think they made the right choice passing on the deal. There just wasn’t enough room there to turn a profit.

However, some lucky person grabbed themselves an awesome collectible Johnny Cash Rolls-Royce. It’s far from the most expensive car ever run through Barrett-Jackson, but it definitely is a cool sentimental ride to add to a personal car collection. I just hope that this car is taken care of the same way that Mr. Cash took care of it.