Ford’s CEO Is Chris Farley’s Cousin, But He Has Some Impressive Credentials of His Own 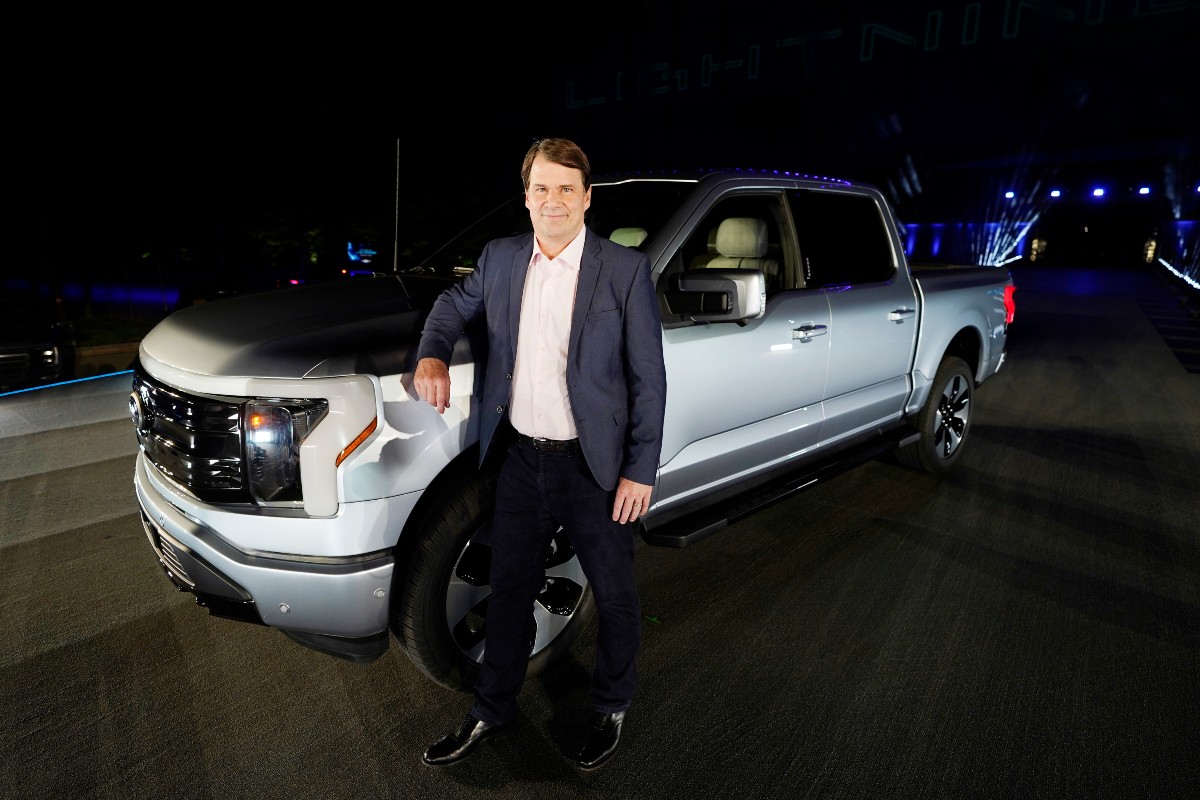 In the now-classic film Tommy Boy, Chris Farley played Tommy Callahan, Jr, a comedic ne’er-do-well tasked with saving the family automotive parts factory and the livelihoods of all of the small-town Ohio employees.

The temptation to make a lot of Tommy Boy puns is strong, but the fact is, Jim Farley is a very accomplished businessman who doesn’t rely on the Guarantee Fairy to make the sale.

Who Is Ford CEO Jim Farley?

Jim Farley was born June 10, 1962. He is, in fact, a car guy who enjoys working on classic cars and has dabbled in track racing. His grandfather worked at one of Henry Ford’s Detroit, Michigan factories in 1914, so it could be said that this job is something that’s in his DNA.

Farley studied economics at Georgetown University, and earned a degree in management from the Anderson School of Management at the University of California, Los Angeles (UCLA). During his time in California, he got the opportunity to pal around with his cousin Chris during the peak of his movie career. As a nod to his late cousin, Jim Farley tweeted several coronavirus memes featuring Chris during the pandemic, usually with a personal shout out or message.

Rising Up the Ranks

In 1990, Jim Farley began his tenure at Toyota, first in the strategic planning department, then participating in marketing and product positions both in the United States and Europe. In fact, he was instrumental in the launch of a little project known as the Toyota Scion brand. Perhaps you’ve heard of it?

In 2007, Farley made the transition to Ford Motor Co, personally courted by Ford Executive Chairman Bill Ford Jr. (great grandson of Henry Ford) and Ford CEO Alan Mulally. While he originally joined as group vice president, responsibility for the markets in Canada, Mexico, and South America were added to his plate by 2009.

And Then He Took Over the World

Well, yes and no. He served as Ford’s executive vice president and president of Global Markets, which madeh is official territory The Americas, Europe, Middle East & Africa, and Asia Pacific. So, pretty much the world.

He also headed up Lincoln Motor Company, and became heavily involved in the development of electric vehicles.

According to his official Ford biography, Jim Farley has been heavily involved in nearly every aspect of the corporate automotive world, including Corporate Strategy, Global Data Insight and Analytics, Global Partnerships, Research & Advanced Engineering, as well as Ford Smart Mobility and Ford Autonomous Vehicles.

It’s clear that the automaker chose a very well-rounded and knowledgeable associate to follow in the footsteps of previous CEO Jim Hackett, who retired on October 1, 2020. In fact, it seemed a logical next step for Farley, who was serving as Chief Operating Officer at the time of Hackett’s retirement.

In addition to his role as new CEO and president, Jim Farley is the Ford representative on the U.S. China Business Council Board of Directors and serves as co-chair of the Future of Mobility Commission. And, how much does he make in his new role? How does a cool $11.8 million total compensation package sound to you?

The buzz about Farley is pretty high, especially at a time when Ford is making a pivot into electric vehicles like the F-150 Lightning and the Mustang Mach-E and launching brand new off-roading options — hello, Ford Bronco (yes, we see you too, Raptor). It’s a very integral and interesting time to be a brand new CEO, so good luck, Mr. Farley.

But, we can’t help but wonder… who’s his favorite Little Rascal?