Do you like project build shows, but you're kind of tired of all the drama that comes with putting a bunch of big personalities in the space of a small-block engine?

If you answered "yes" to any and all of the above questions, MotorTrend's Hot Rod Garage TV show might be just the right fit for your watchlist.

Here are six things you might need to know before you binge watch this classic.

Hot Rod Garage Is an Off-Shoot of Hot Rod Magazine 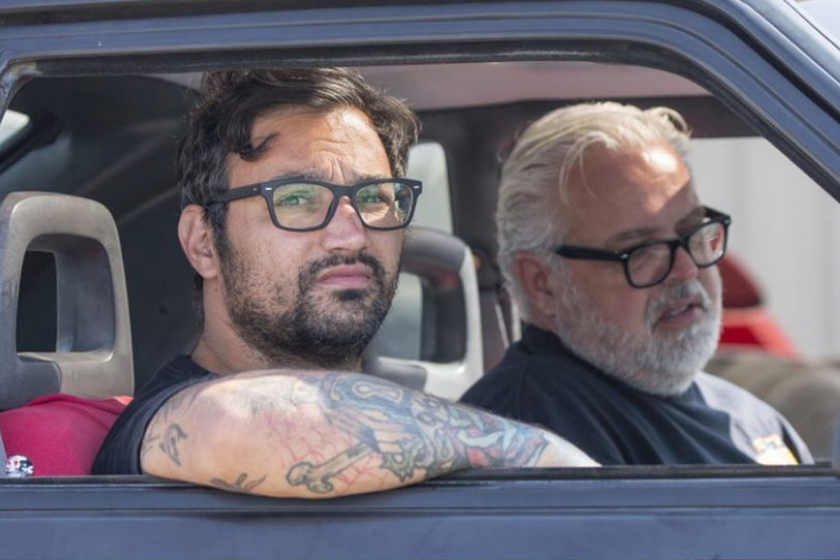 The show was started as an offshoot of the magazine. For the past 30 years, David Freiburger has been the editor of Hot Rod Magazine. But, impressively enough, David isn't just a car fan between the pages -- he's the real deal. He does his own restorations, and he's a member of the Bonneville 200 MPH Club.

He's done a little television himself, though he handed the reins of Hot Rod Garage off to hosts Tony Angelo and Lucky Costa.

Tony Angelo Is a Total BA 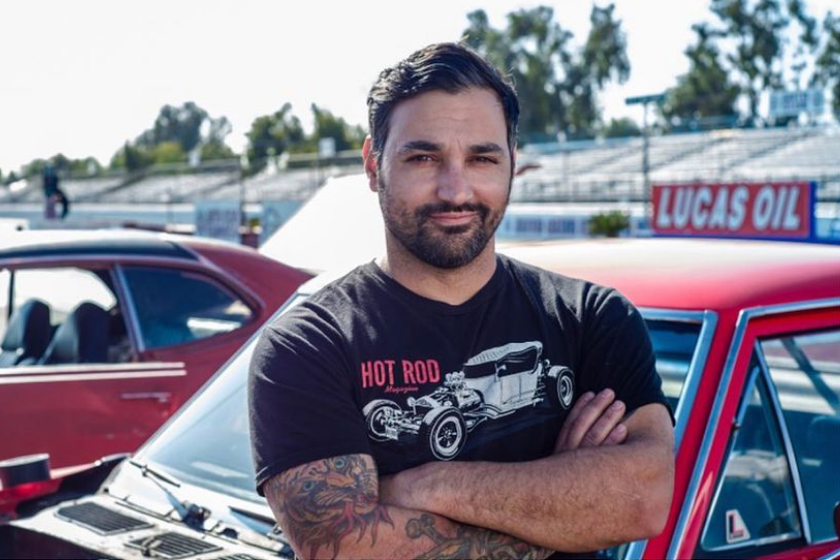 On the surface, Hot Rod Garage host Tony Angelo seems like a quiet, unassuming guy. But his automotive resume is super impressive.

Born in 1978, Angelo started tinkering with cars as a teenager. In the 1990s, he realized that drifting is very cool, and teamed up with his buddy Chris Forsberg to organize East Coast drifting events. Both drivers went pro with Formula DRIFT. Tony also gained his D1 license by winning a national driver search in 2005.

He's done stunt work for Audi, Nissan, and Chevy, and drove for Scion Racing. Clearly, the man knows a thing or two about performance. On the other hand, he also has an impeccable record for breaking things, too. 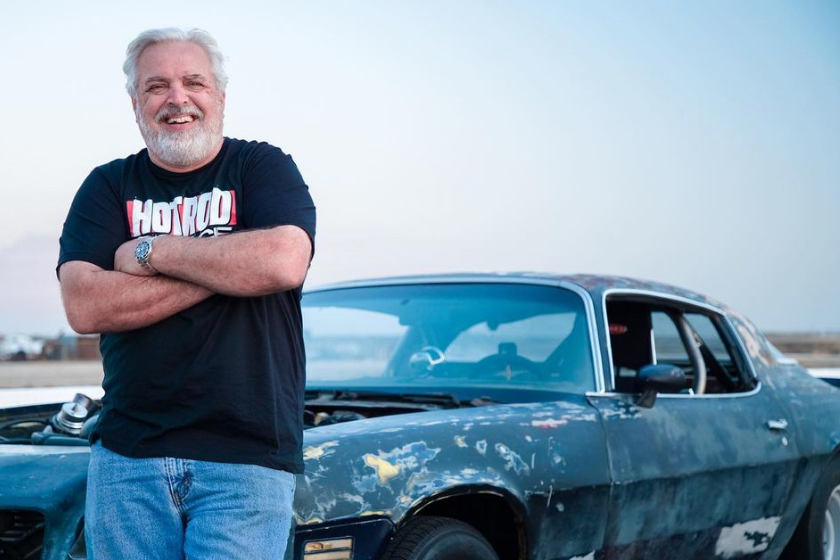 Checking on Lucky Costa's credentials, you might be surprised to find that there are at least a handful of car shows that do not in some way benefit from his expertise.

He's the owner of Lucky's Garage, which is also the name of the YouTube channel on which he posts regular updates regarding his own projects. He also appears on Overhaulin', Roadkill, and Kevin Hart's Muscle Car Crew. His specialty is really, really, REALLY wrecked cars, to the point where Lucky is almost synonymous with "magical wizard who makes miracles happen."

He, too, has a fascination with high-performance project cars, which makes him just the right expert to host Hot Rod Garage. 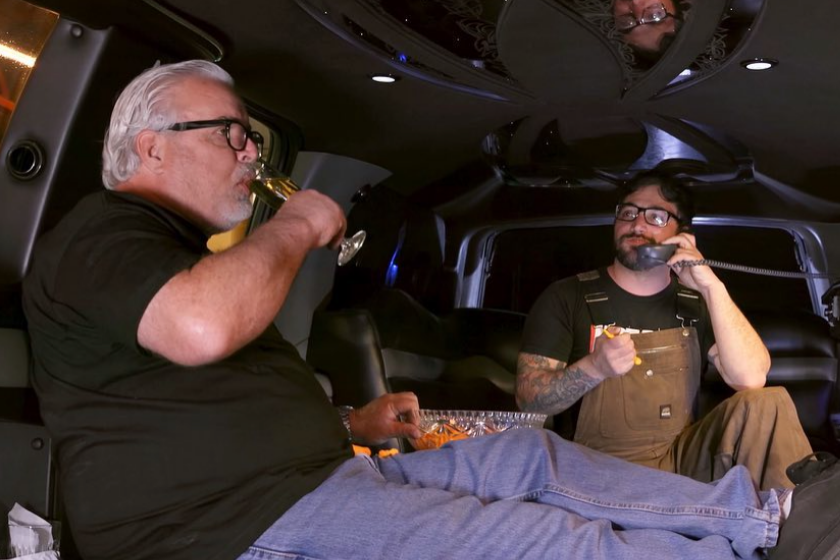 Despite the fact that there are many types of cars in this world, the gearhead world is a small one, after all.

David Freiburger (yes, that David Freiburger) and Mike Finnegan are the heads of the Roadkill team, which has grown in popularity to include what fans have dubbed the "Roadkill Universe," which includes Roadkill Garage, Engine Masters, Faster With Finnegan, and Roadkill's Junkyard Gold. In fact, David was one of the original hosts of Hot Rod Garage until fans welcomed in Lucky Costa to replace him.

You'll see cast members from each of the shows as guests on other programs in the "Roadkill Universe." Both have been filmed at MotorTrend's Hot Rod Tech Center, as well. It's a family thing. 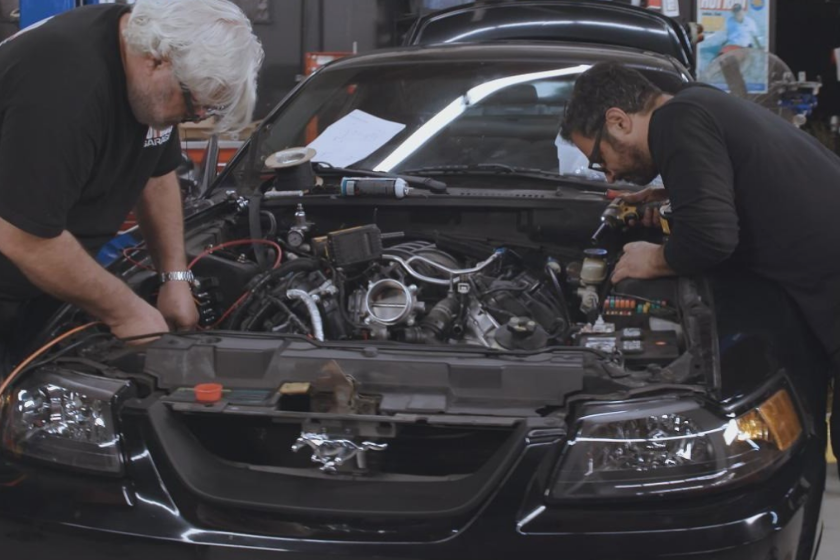 Vehicles in the "Roadkill Universe" get the best names. Equal parts accurate and whimsical, fans of Hot Rod Garage follow their favorites through ups and downs, rooting for the underdogs to become full-fledged hot rods.

Sometimes, it takes a few rounds of upgrades to get these vehicles to go from stuck in the mud to street rod. And rather than admit defeat, the hosts of Hot Rod Garage keep trying.

One famous example is the Turbo Buick T-type known as "Grand Trashional." It's gone through several iterations to become a fan favorite. Even when it failed its dyno test, Tony and Lucky put their heads together to figure out what they could do to help it realize its turbo dreams. Never give up -- just make more episodes.

It's Not Just for Hot Rodders 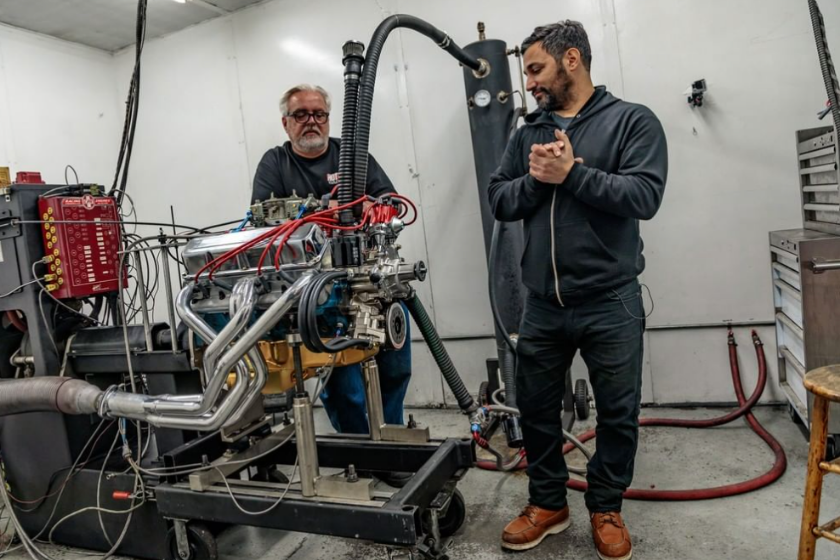 Though the words are in the title, anyone who is interested in building a custom car can take away plenty of tips and tricks from Tony and Lucky. While some project car shows focus on the drama or the shenanigans, the most emphasized word in the title of Hot Rod Garage is "Garage."

After all, some of the projects are pretty wacky. From Cadillacs to Chevy vans and everything in between, the crew has found themselves dirt racing, drag racing, street racing, and more in vehicles that typically wouldn't be suitable for human consumption.

The team spends time on the body, the engine, and on every nut and bolt in between, providing very realistic tips that anyone getting into restoration can put on their list of "need to knows."

As the saying goes, "save the drama for your mama." While Hot Rod Garage hosts Tony Angelo and Lucky Costa clearly enjoy their job, there's a lot less cursing, wrench throwing, and in-fighting on this project car show. Well, it's still a car show, so a lot of that happens, but it's less "prime-time antics" and more "stuff that happens when your job includes rust and sludge."

You know how it is.

READ MORE: Tom and Tom From Misfit Garage Were Two Former Employees of Richard Rawlings Who Got Their Own Spinoff