The crew on Discovery Channel's reality show Misfit Garage truly have a dream job. They take crappy old cars and turn them into cherry hot rods and gassers. Basically, they're in the business of making gearhead dreams come true.

But, what's really going on behind the scenes on this TV series? We haven't heard from the guys since 2018, but we haven't heard about a new shop, either, which seems a little strange, given the pedigree of talent that gathers at Fired Up Garage.

Let's take a deeper look into what's going on at Misfit Garage.

6 Things to Know About Misfit Garage

Yeah, the Crew Should Look Familiar 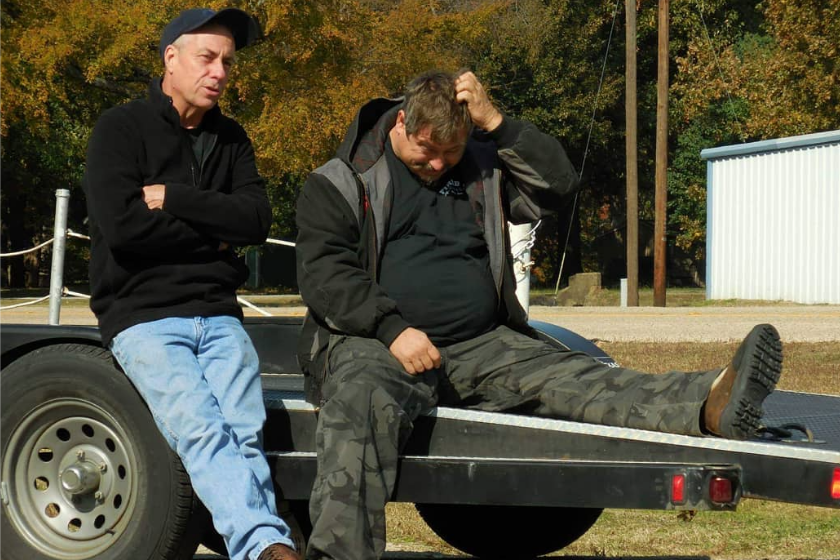 So, the story is a little complicated -- it's the kind of thing that makes HR managers wake up in the middle of the night in a cold sweat. But, we'll try to break this down in the simplest way possible.

It seems like a very dramatic reason to cut your staff, but the result was clearly beneficial for everyone. Newly-former Gas Monkey employees Smith and Butler were joined by Scot McMillan and Thomas Weeks to found Fired Up Garage, the Texas shop which serves as the hub of the Misfit Garage crew's exploits. 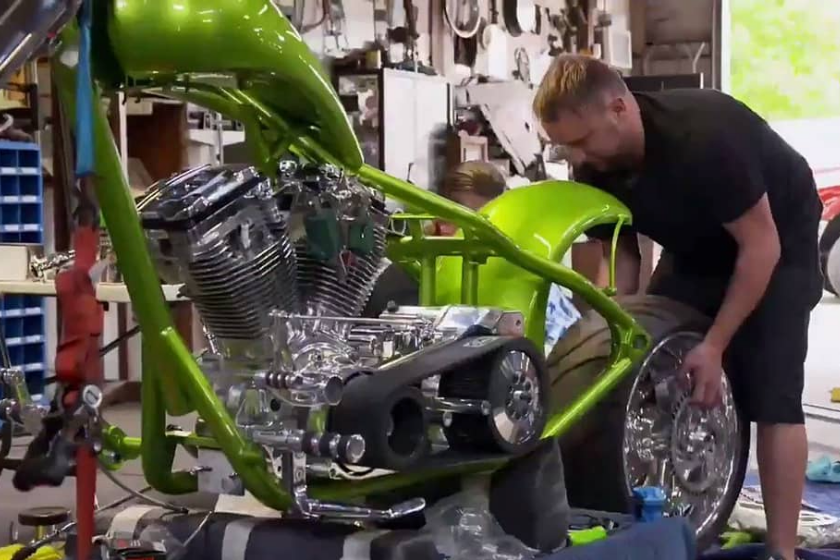 Except, continuing the HR nightmare, turnover is really high when you fill a hot, sweaty, competitive hot rod shop with a bunch of Texas-sized personalities and tight turnaround times.

Scot McMillan and Jordan Butler left pretty early in the series. In 2011, McMillan departed Fired Up to concentrate on his own Scot Rods Garage. Butler has essentially disappeared completely from the limelight, though his social media accounts seem to indicate he's having a splendid time with his beautiful family.

Jordan Butler was replaced by John Klump, who then almost walked out over a 1959 Chevy El Camino restoration. Kevin Clark, who stepped in after Scot left, also left the show to do his own thing. Then, there was the "will he/won't he" story arc about Gas Monkey's Aaron Kaufman potentially joining the Misfit crew, though he ended up starring in a couple of reality shows about finding his own path.

So, who are the cast members of Misfit Garage? Um...maybe you should ask Richard Rawlings. 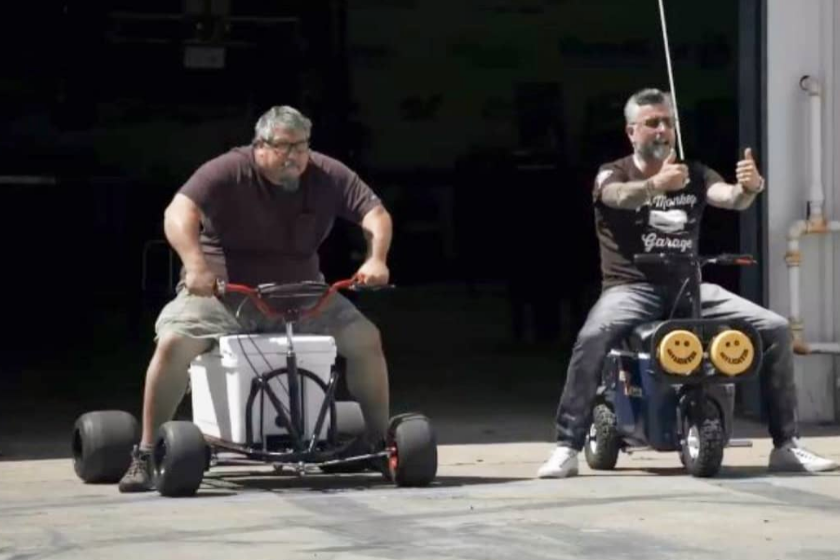 You would think that after the Gas Monkey drama, the Fired Up Garage crew would start their new car show as far away from Dallas, Texas as you can get.

Well, it turns out that Misfit Garage is less a revenge show and more of a Fast N' Loud spinoff. You see, Richard Rawlings has served as executive producer of Misfit Garage since its inception.

He's also the landlord of the new shop, and made a reported $22,000 for each appearance on the spinoff reality show. It's starting to make more sense why the guys keep in touch with Richard, then...

The Name of the Shop Is Technically NSFW 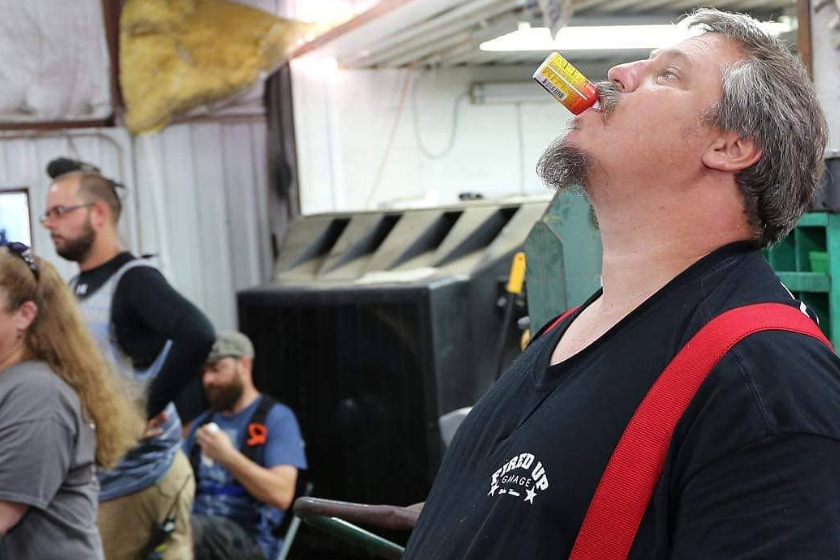 "Fired Up Garage" is a great name for a restoration hot rod shop, isn't it? It brings to mind classic cars with great big engines. There's a sense of excitement in the name, and it captures the anticipation of turning an old rusty Ford Model T into a timeless street rod, or seeing what they can do with the remains of a Mustang.

But astute fans have pointed out what was hiding in plain sight: Fired Up Garage has the initials of F.U. Wait...doesn't that stand for something else in popular lexicon?

Yes, yes it does. And Tom Smith is fully aware of it. Allegedly, he's had a sign on his own tool box since 1988 that reads "F&U Auto Service: Our customers have been satisfying us since 1973." It's the kind of thing that was absolutely hilarious in the '80s and translates beautifully to a relevant and not-so-tacky shop name today.

Making Hot Rods out of Nothing Isn't Exactly Profitable 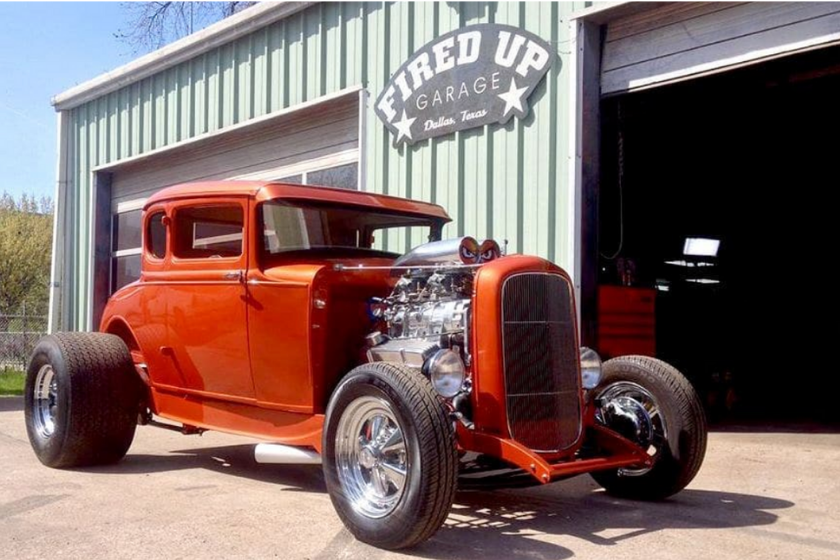 The endless parade of Chevelles, Corvettes, and Camaros that come through the shop to get their second lease on life may seem pretty pricey and impressive, but remember: profit is what you make after all of your expenses have been covered.

The Misfit Garage gang regularly blows their budget, which can lead to a huge dent in the bottom line. Furthermore, they tend to offer a lot of wiggle room in the prices of their restomods.

According to some online sleuths, the cast members can make between $17-25,000 per episode, though that hasn't been fully confirmed. However, if you take a look at some of the cars they sell, the profit margin isn't that high. Then you consider that number has to be split amongst the crew, and you might have enough to buy a Happy Meal at the end of the day.

One popular example is the 1961 Ford Econoline pickup truck the gang worked up for Danny Trejo. The budget was $25,000. Danny bought it for $27,000. A little simple subtractions says "yikes," but Thomas Weeks was pretty stoked about the publicity a Hollywood job could bring.

Wonder if it worked out. Unfortunately, we don't know -- read on.

The Current Status of the Show Is an Internet Mystery 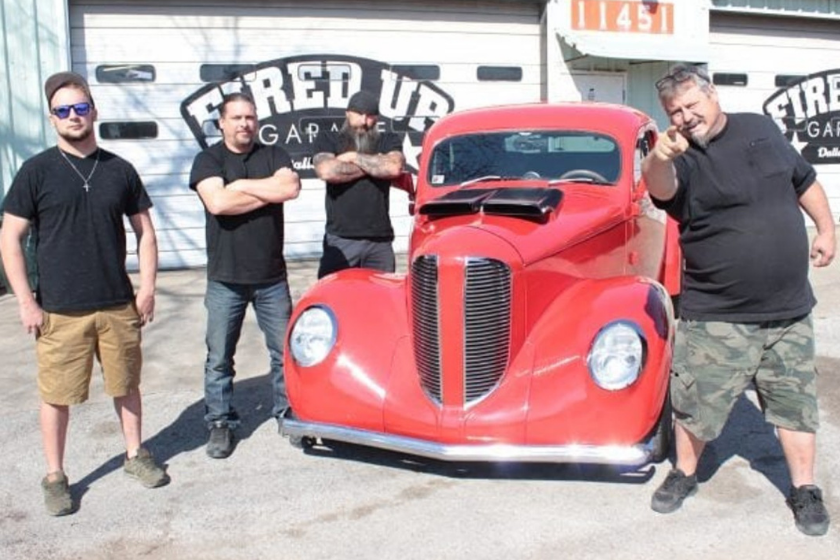 Allegedly, most of Richard Rawlings' TV shows are now cancelled, but there isn't really an official statement on that. Rawlings made a comment about Fast N' Loud on Joe Rogan's podcast, and mentioned he'd be concentrating on other Gas Monkey endeavors, like the bar and grille and music venues that he apparently no longer owns.

Still, a simple question such as "is Fired Up Garage still open" leads to plenty of internet speculation and YouTube conspiracy theory videos. Some fans speculate that FU Garage was just a Richard Rawlings business undertaking, and it never really existed off-camera. Other fans believe Richard is still pulling the strings to pause and reformulate Gas Monkey as a brand, which includes the Misfit crew. Others still believe there's still more to be seen.

Regardless of whether there will be a new show, a new shop, or a return to business as it was, the six seasons of Misfit Garage we have will provide plenty of entertainment for viewers. For those needing to fill a prescription for a TV series that takes juicy drama over the top while still focusing on jaw-dropping hot rod restomods, Misfit Garage and the crew of Fired Up Garage is exactly what the doctor ordered.

READ MORE: The Guys From "Faster With Finnegan" Are Making Our Ultimate Restomod Fantasies a Reality