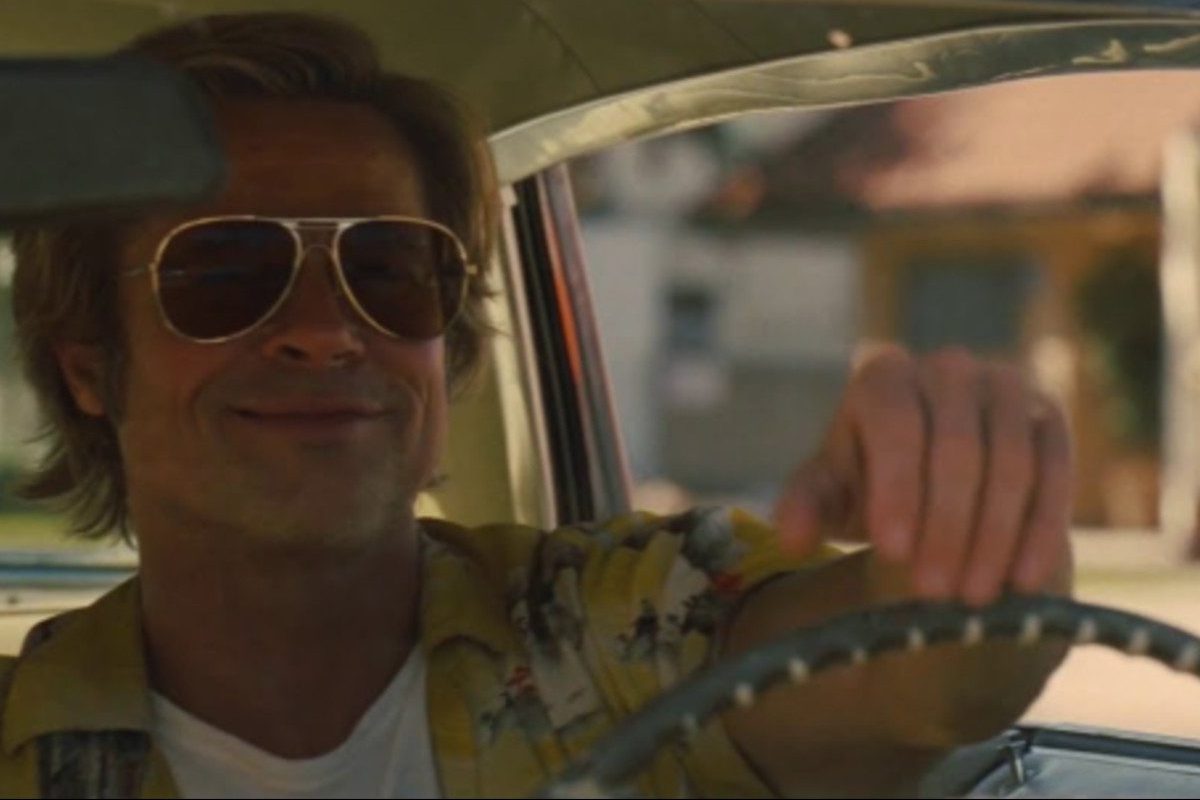 When it comes to movies, we’re required to suspend disbelief. Otherwise, the fictional stories Hollywood lays out for us would simply make us roll our eyes, rather than entertain and enthrall us.

And, when Quentin Tarantino is behind the camera, it’s perhaps extra-super-special important that you remember this is all just a story. No matter how based in reality a Tarantino film may be, what you see on the screen has gotten a little extra fact and more than a little added fantasy. In Once Upon a Time in Hollywood, for example, the director creates a fictional/factual account surrounding the murder of rising star Sharon Tate.

Not to turn this into a film studies class, but one of the things that Quentin Tarantino does to really tangle the brain cells of his audience is to create believable, incredibly detailed settings to set his fantastic stories against, which inevitably reflect his obvious love for classic cars. So, it stands to reason that the cars Brad Pitt drives in the film Once Upon a Time in Hollywood have gotten a lot of attention.

The Legend of the Blue Karmann Ghia

Now that you’re thinking about Quentin Tarantino films and the cars that star in them, you might be wondering where we’re going to start with Once Upon a Time in Hollywood. There are, in fact, a lot of cars in this movie.

But, the vehicle that stands out in particular is the 1964 Volkswagen Karmann Ghia, driven by Brad Pitt in the role of Cliff Booth, stunt double for actor Rick Dalton, played by Oscar-winner Leonardo DiCaprio.

The Karmann Ghia is Booth/Pitt’s personal vehicle and though he drives it like a rental throughout the film, that’s probably exactly how a 1960s stunt man would have driven a Karmann Ghia.

The appearance of the Karmann Ghia isn’t incidental, either. Tarantino wanted that car in the film, to the point where he had a Subaru engine substituted for the original deal so it could drive exactly the way he wanted it to for his art.

Like many things in Tarantino films, the Volkswagen Karmann Ghia is an Easter egg for real life. Tarantino’s father owned a blue Karmann Ghia, making this a bit of an homage.

For the second time. The first blue Karmann Ghia starred in Kill Bill: Volume 2. Unfortunately, that model malfunctioned, much to Uma Thurman’s dismay. Mercifully, she’s fine, though unlikely to drive a car at Quentin Tarantino’s direction in the future.

The 1966 Cadillac Coupe DeVille that Cliff Booth borrows from Rick Dalton is a smooth operator. It’s exactly the kind of luxury car that someone would buy to cruise around Los Angeles. In a car like this, you can simultaneously see and be seen. And, while Brad Pitt as Booth drives the Volkswagen Karmann Ghia like he’s late for an appointment with the Devil himself, he takes his time coaxing the DeVille around town.

As he should. There are many reasons one doesn’t drive a Cadillac Coupe DeVille aggressively. First of all, that’s not their job. A Coupe DeVille is a nuanced experience best savored, like cave-aged cheese or exotic chocolate. And, second of all, he’s mostly not actually driving. It’s Hollywood magic: Brad Pitt is just cruising along on a pull track. Don’t believe it? Check out the speedometer when you get a chance.

But, like the Volkswagen Karmann Ghia, this is not the first time we’ve seen this particular 1966 Cadillac. It was also driven by Mr. Blonde, played by Michael Madsen, in another Quentin Tarantino film, Reservoir Dogs.

You may be wondering if any car exists independent of itself, and in the Tarantino Universe, the answer is “no.”

Interestingly enough, while Tarantino meaningfully cycles and recycles his vehicles, Brad Pitt has a vast and varied collection of vehicles to choose from.

At last count, the Hollywood superstar had two Tesla Model S options to choose from, a custom black-and-orange Camaro SS, a BMW Hydrogen 7, and 20 other sports cars to feed his cruising quests. Of course, as a family man, he does have the requisite SUV for the kids. In his case, that’s an Audi Q7.

The Pitt Garage also includes airplanes, at least one helicopter, and plenty of motorcycles, making it evident that, even if he’s not driving the Cadillac Coupe DeVille on his own, the guy certainly knows what he’s doing with a handful of horsepower.

It’s hard not to notice a gorgeous, cherry classic car lurking in modern movies. We’re equal parts impressed that the crew took the time to outfit the set with a proper vehicle for the time period, and bummed out that most films don’t take the opportunity to develop the vehicles’ characters. They serve more as scenery or props than anything.

But, in Quentin Tarantino’s Once Upon a Time in Hollywood, Brad Pitt’s character’s story is partially told in the way he drives both the Volkswagen Karmann Ghia and the Cadillac Coupe DeVille.

Is driving part of our character, then? Have you noticed that you become a totally different person when you’re behind different wheels? Maybe it’s not a story that everyone can tell, but then again, we’re not all being written and directed by Quentin Tarantino.