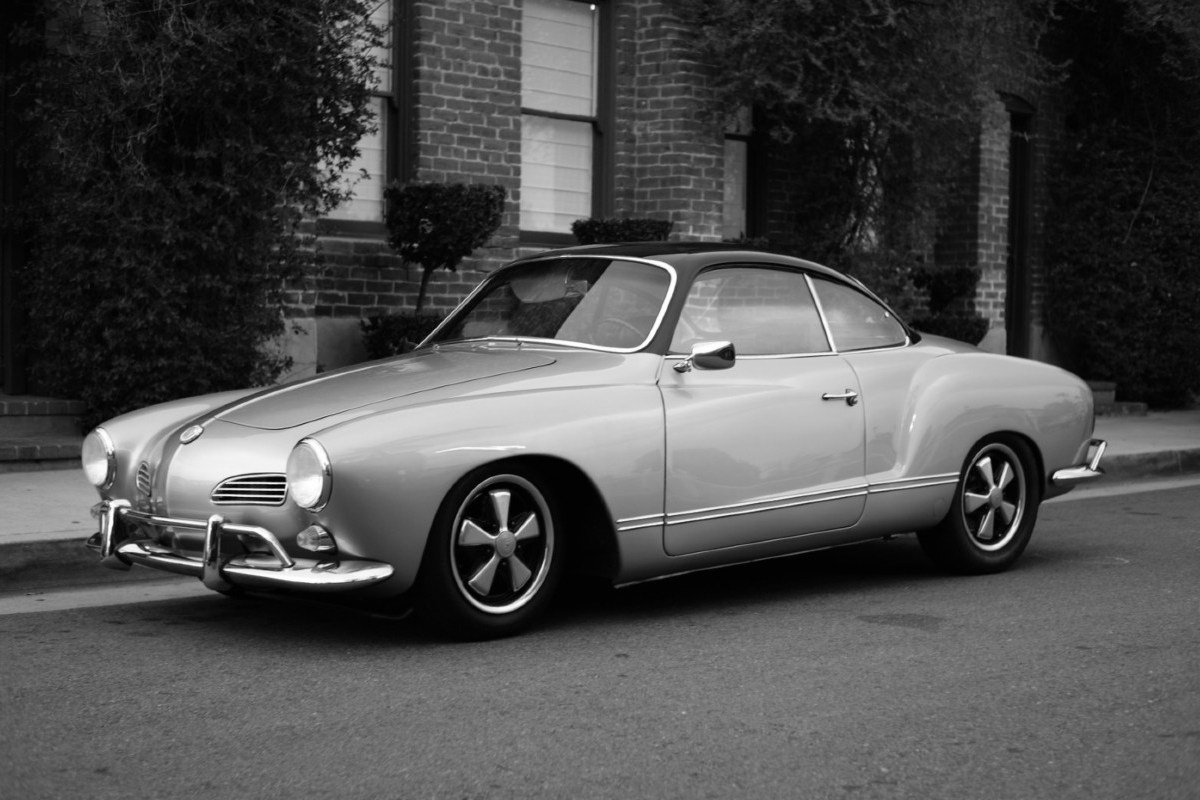 The Volkswagen Karmann Ghia was, in every sense of the term, a collaborative project. The brainchild of Wilhelm Karmann and Luigi Segre, this German-engineered, Italian-styled automobile was the product of three companies and countless unnamed designers and coachbuilders.

Volkswagen was the powerhouse behind the manufacturing, but Karmann handled the bodywork while Carrozzeria Ghia crafted the styling, with each company, apparently, getting to name one-third of the collector car. Using this supergroup trio of design and manufacturing firms, along with the Type 1 Volkswagen Beetle Chassis, this supreme example of collaboration became one of the best-selling 2+2 coupe sports cars of all time.

Manufactured in Osnabrück, Germany with iconic body style, taillights, lowlight headlights, and fenders, the first Karmann Ghia that went up for sale was a hit. The classic car was heavily influenced in design and styling by Virgil Exner’s Chrysler d’Elegance, a fact applauded by most automotive critics who enjoyed the down-sized Karmann Ghia.

The Karmann Ghia saw several updates, with the final update in its last model year, which removed the two rear seats. Around this time, seatbelt regulations began to increase in prominence around the world. The Karmann Ghia did not meet backseat requirements for seatbelt safety, so the seats were removed.

In 1990, Karmann produced a follow-up show car known as “the Karmann Coupe,” which was heavily inspired by the Volkswagen Karmann Ghia. While this sports car never received a production model, there was a second attempt to revitalize this Coupe masterpiece in 2013 via a student design contest. The jury is still out on whether these designs will result in a prototype, but don?t hold your breath.