A Brief History of the 1970 Chevy Camaro 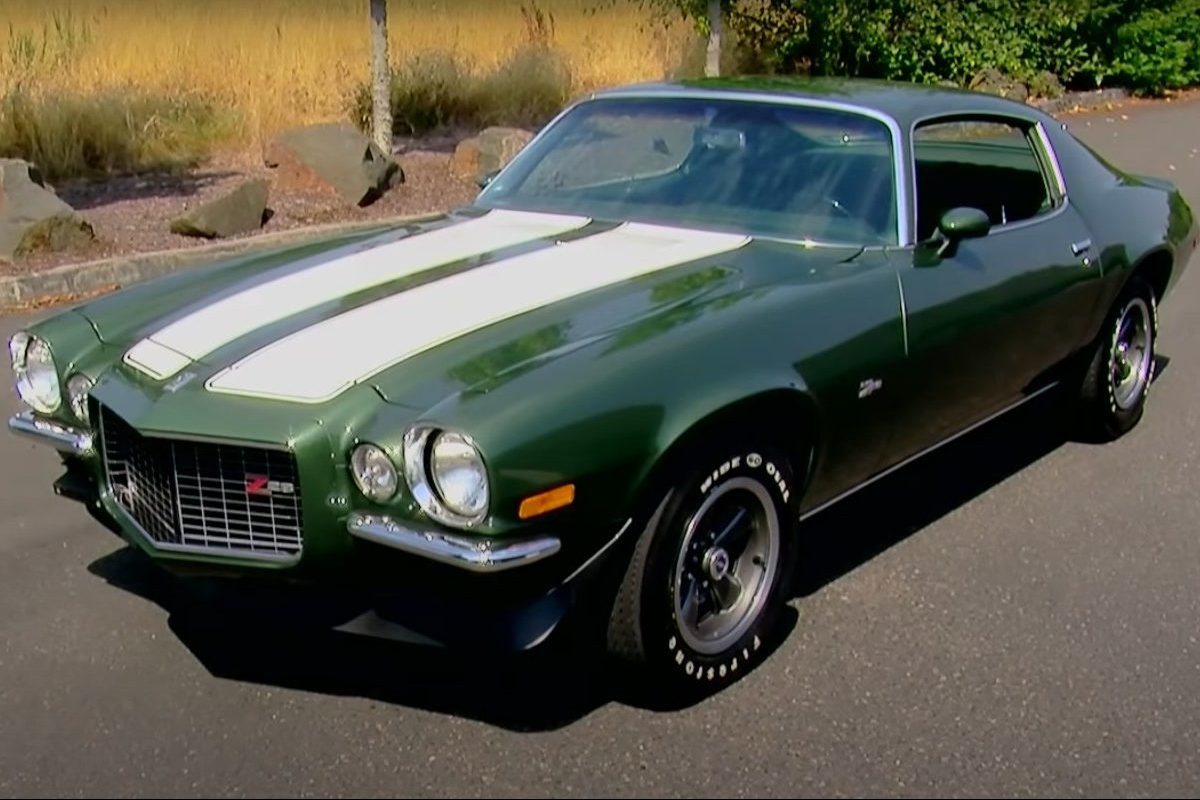 Anyone familiar with muscle cars, classic cars, and the history of speed can tell you about the Chevrolet Camaro. Known for equal parts style and performance, the fiesty coupe is a shining jewel in GM’s pony car crown.

The first generation of Camaro debuted in September 1966, rushed together in order to compete successfully with the Ford Mustang. You’d never know it, from the reception it received in 1967. Offered as both a two-door hard top and convertible, the Chevy Camaro was chosen as the pace car for the 1967 Indianapolis 500, and the extra-zesty Z/28 model successfully took on the SCCA Trans-Am racing series.

But, Chevy knew that in order for the Camaro to truly succeed on the market, it need a touch of refinement.

1970: The Second Generation Camaro Is Born

The 1970 Chevrolet Camaro is often referred to as the “1970 1/2” model, due to the fact that it didn’t appear at dealerships until February of the model year.

It looked different, with sharper and more aerodynamic styling. This included split bumpers in the front with a wide grille and pointed hood, and an extreme fastback roofline with quad taillights that waved farewell as it left other cars in the dust. The convertible option was scratched, leaving the two-door sport coupe with its front subframe and unibody rear end construction.

The 1970 Camaro base models included a standard 4.1L six-cylinder engine, which provided 155 horsepower. Drivers had a choice from several small-block and big-block V8 engines, depending on the model selected. What’s more, the big block V8 engines were technically 6.6L engines wearing a 6.5L badge. As a result, most Camaros were whipping around the roads with plenty of horsepower under the hood.

Inside, drivers would enjoy the specially-crafted, squared-off Strato bucket seats in front, with two buckets seats in the rear with a bench back. The AM/FM sound system operated via a windshield-integrated antenna, and four-season air conditioning was an option for drivers concerned with aerodynamics.

RS stands for “Rally Sport,” and this particular model stood out amongst the rest for its incredibly sporty appearance.

The split bumper, or “bumperettes” as they were termed by Chevy, provides a distinct outlook, along with the two round headlamps. One is a rally-style parking light, and the other is a “high intensity” headlight.

The SS stands for “Super Sport,” of course, but the 1970 Camaro was already known as the “Super Hugger,” due to the way it cruised low to the road.

Under the hood of the SS was a 300 horsepower V8, though the 350 version was optional. Choosing the bigger engine got you a specially-tuned sport suspension and rear stabilizer bar — the first to be offered on a Chevy Camaro. Power-assisted disc brakes came standard, as well as a black-painted grille, dual exhaust, and hidden windshield wipers.

Drivers had the choice of a 4-speed manual transmission, or a turbo Hydra-matic automatic transmission. A four-barrel carburetor rounded things out for some pretty impressive performance.

Opinions were split regarding the second generation Z28. After making some serious noise as a race and rally car during the first generation, the 1970 Chevrolet Camaro Z28 came across as subdued and demure.

That’s not to say it lost any speed or power. It came equipped with the Corvette’s Turbo Fire 5.7L V8 engine, which gave the Z28 a cool 360 horsepower and 380 lb/ft of torque.

The difference lay in drivability. The four-speed manual transmission could be ordered with Hurst linkage for a super-tight drive feel and response, or drivers could choose the automatic transmission. Drivers of the first-generation Z28 felt this made the coupe feel a bit too much like a car, and less like a speedy road beast. Still, the stiff chassis and sport tuned suspension, as well as front and rear stabilizer bars made it a precise and responsive ride that could go very, very fast.

A Limit to the Glory

The Camaro continued in production, hustling the muscle car community through the decades, with one slight modification.

Following production of the 1970 Chevrolet Camaro, a few things changed in the world, including the ban of leaded gasoline mandated by the Clean Air Act of 1970. In order to control emissions, Chevy cut back on the engine power and tinkered the overall engineering to make unleaded gasoline a possibility.

Though the Camaro lost some valuable horsepower during the transition, it didn’t lose its sense of fun and excitement. Today’s Camaro benefits from technological advances that make up to 650 horsepower possible. All in all, the world didn’t lose an awesome performance vehicle — it gained a classic car.