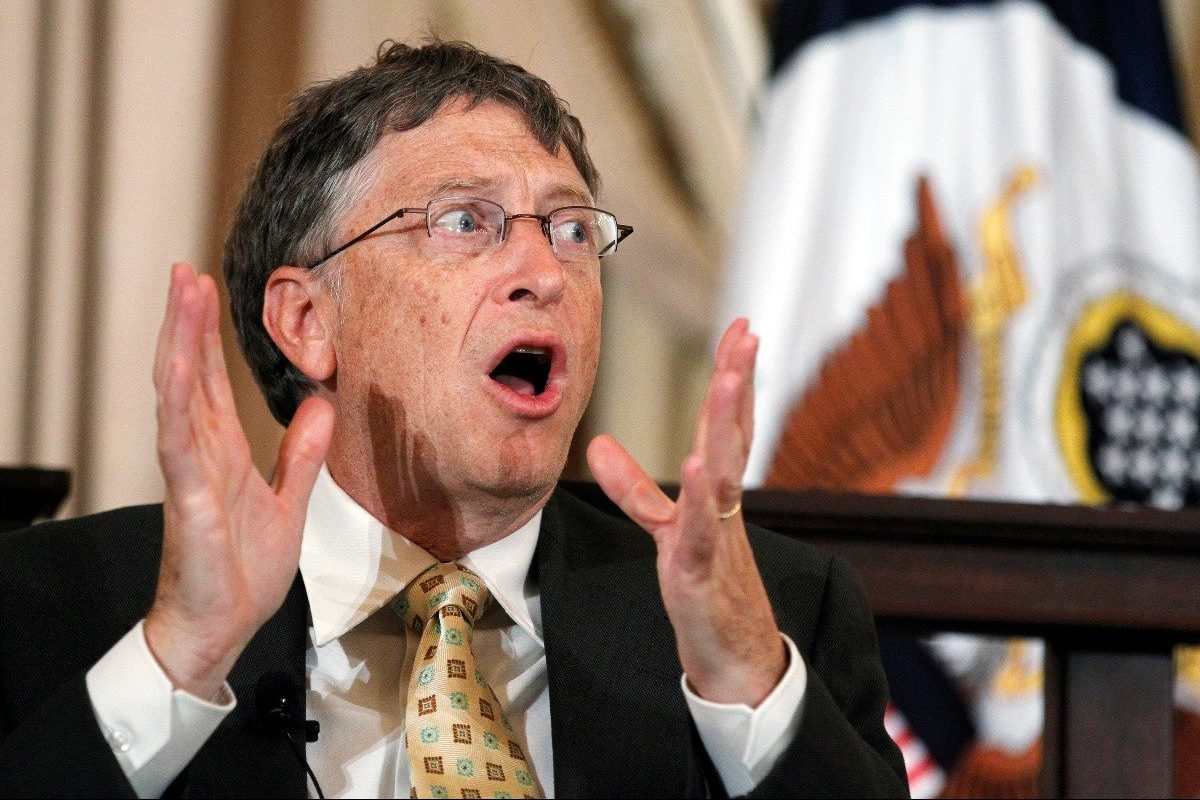 For some reason, Bill Gates doesn’t exactly come off as a gearhead. Not that he couldn’t be, of course. If you have the type of mental prowess to become a Microsoft co-founder, it’s not outside the realm of possibility that you can figure out how to change your own brakes, at least.

That being said, when you’re one of the world’s richest people, you can afford to have someone take care of your brakes for you. And, it’s even more likely that those brakes will be attached to at least one or two luxury cars.

So, what exactly does Bill Gates have in his garage? Unfortunately, there hasn’t been a lot of publicity about the mogul’s car collection, but there have definitely been some notable vehicles mentioned over the years.

Bill Gates Is a Porsche Guy

Allegedly, the Seattle, Washington mansion that Gates calls home includes storage space for up to 30 cars. And, while we can’t be exactly sure what magnificent beasts await in his garage, we can be pretty confident that quite a few are Porsches.

Gates famously owned a twin-cylinder Porsche 911 Turbo, which he picked up in 1979 in Albuquerque. Just as literally anyone with a Porsche 911 would do, Gates enjoyed blasting through the desolate desert roads with his sports car. In 1997, his long-time friend Paul Allen copped to having to bail Gates out of jail following a particularly joyous escapade.

We do know that he is one of the 337 lucky owners of a 1986 Porsche 959. This incredibly rare Porsche is valued at approximately $2 million, and almost didn’t make it into Gates’ car collection. In fact, it doesn’t meet American emissions standards, which is why this supercar spent over a decade sitting in customs instead of jubilantly ripping around at its top speed of 195 MPH.

Now, your average person would probably cut their losses and move on, but when you’re an influential billionaire, you help create the “Show and Display” law, which allows limited quantity vehicles that don’t quite meet the Federal Motor Safety Standards to hit the roads in very restricted manners. For example, Gates can only drive this vehicle up to a few thousand miles each year as part of the regulation.

Before you get excited about Bill Gates driving a high-emissions Porsche, bear in mind that he also has a $150,000 Porsche Taycan Turbo, an all electric vehicle that made its world debut at the Frankfort Motor Show in 2015.

The concept behind Porsche’s first electric car was to take on the rival Tesla Model S, and with that classic Porsche styling and the power to go from 0-60 miles per hour in just 3 seconds, it’s certainly a worthy competitor.

What About the Other Cars?

Like any good businessman, Gates knows that his portfolio can use some diversity. He also keeps a Jaguar XJ6, Mercedes S-Class, and a Mercedes 500SL on hand, according to recent reports.

He also has what may be the world’s most expensive dune buggy — a Ferrari 348 — which was the last V8 model developed by automotive icon Enzo Ferrari before his death. The vehicle got its reputation as a dune buggy, because Gates had a penchant for spinning it into the sandy areas near the open desert roads.

Ok, yes, this is supposed to be a car article, but it’s really hard to not mention Bill Gates’ impressive collection of private jets (plural).

There’s the Bombardier BD-700 Global Express that provides a comfortable flight for up to 19 passengers. It also has a price tag around $40 million.

Or, you can turn your attention to the two Gulfstream G650 private jets. Known as the “Rolls Royce of jets,” these impressive machines can be purchased in the $65 million range. Each.

And, for when Gates is looking for a less formal ride, he also owns a Cessna 208 Caravan seaplane.

Given that Bill Gates has recently filed for divorce from his longtime wife Melinda Gates, it’s quite possible that we’ll learn more details about his impressive car collection as his net worth and assets are tallied and divided. Still, it’s pretty nice to day dream about what types of cars we’d each buy if we had billionaire budgets, right?