Jerry Seinfeld Rips on Bill Burr’s Prius Love: “Have You Checked Around for Your Soul Lately?” 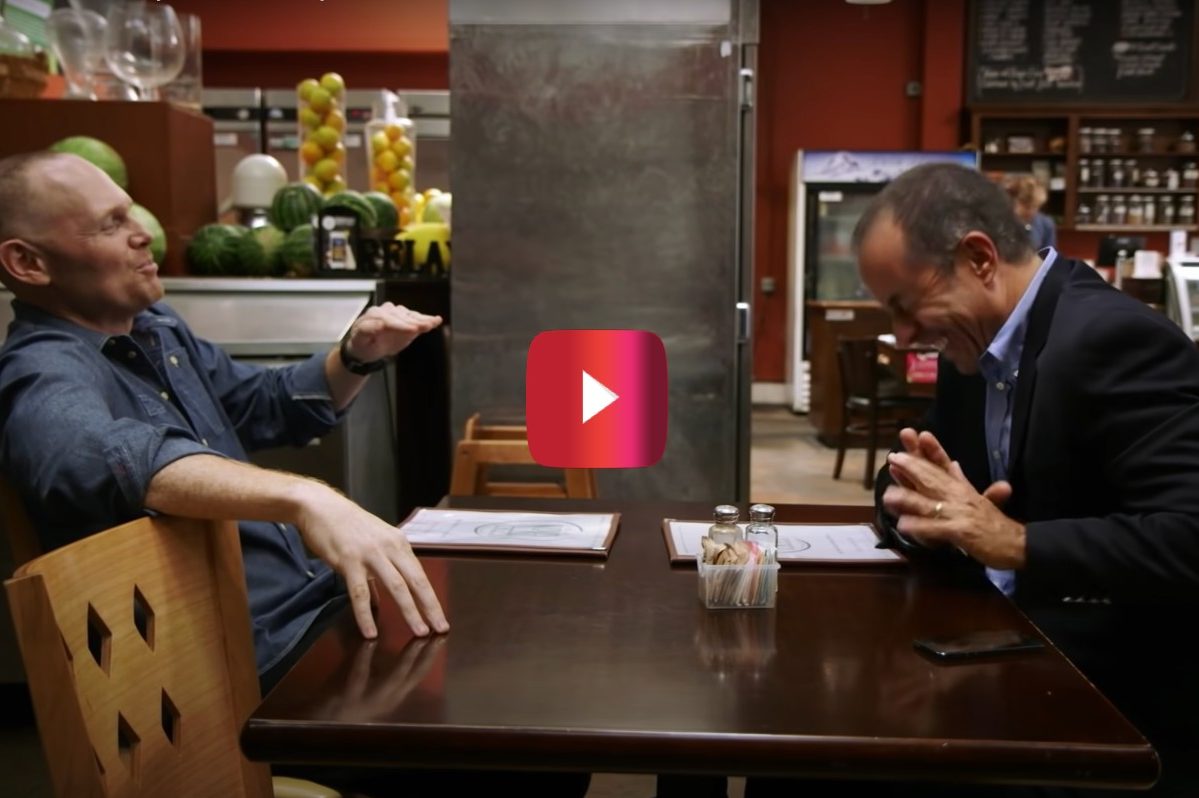 Jerry Seinfeld hosted Comedians in Cars Getting Coffee for 11 seasons. The premise for the 5-time Emmy nominated TV show is pretty simple: The Brooklyn-based comedian and entertainer and his celebrity guest go for a drive to a coffee shop, usually in New York or California, and talk about this, that, and whatever else comes to mind.

The show actually makes for a good late-night watch, and it usually includes some pretty big names in the stand-up comedy world, like Jay Leno and David Letterman. For one particular episode, Jerry invited comedian, actor, and podcast host Bill Burr to come take a drive with him. Of course, Burr accepted, and, during the conversation they get on the subject of Burr’s Toyota Prius.

From the second that Burr brings the car up, you can tell the lack of interest in Seinfeld’s face. He sips his coffee and shrugs his shoulders as Burr goes on spewing facts about his car. Burr confidently claimed that the car was “the shit” and boasts about Toyota’s reliability and low gas cost. Seinfeld simply replies back with, “Have you noticed that your soul is gone?” and “It crushes the human spirit.” There wasn’t much that Burr could reply with to discredit those statements.

Trust me, I honestly try to find the best in every car, but the Prius is just one of those cars that is hard to defend. It really is somewhat lifeless to drive around. Sure, you might save a little on gas, but is it really worth driving around such an extremely boring car? I truly cannot picture many automotive enthusiasts willingly cruising around in a Prius. Seinfeld’s comments on the Prius make Burr crack up, but he figured that was probably a good time to stop trying to selling it so much.

Bill and Jerry go on to talk about comics like Brian Regan, as well as the increasingly more sensitive crowds that comedians now need to work around. Burr certainly lays down what he feels about the current situation. It’s some really good and funny dialogue, so I’d definitely recommended checking out the video above.

We all know there’s no shortage of celebrity talk shows out there. You’ve got your Jimmy Fallons and your Stephen Colberts. But, Comedians in Cars Getting Coffee offers a much more casual, laid-back conversation. Plus, Seinfeld had a wide variety of Hollywood’s finest on the show, including Alec Baldwin, Dave Chappelle, Aziz Ansari, Sarah Silverman, Eddie Murphy, Chris Rock, Ricky Gervais, Kevin Hart, Larry David, Norm Macdonald, Julia Louis-Dreyfus, and Tina Fey.

If you liked Jerry in his groundbreaking sitcom, then you’ll love what he brings to the table on his Netflix show. Hell, it’s got 11 seasons. That should definitely tell you something.