Jerry Seinfeld Goes on the Attack in Dispute over 1958 Porsche 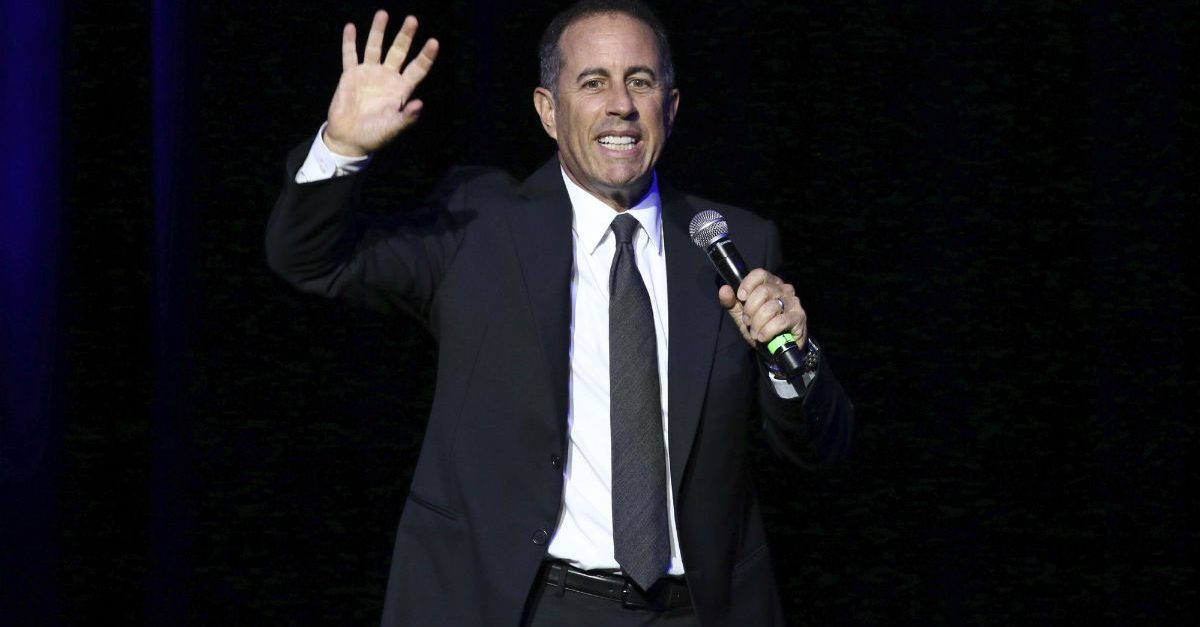 NEW YORK (AP) ? Jerry Seinfeld sued a California dealer in classic cars Monday, saying the company has left the comedian stranded in a dispute over whether a 1958 Porsche he sold is authentic.

?Mr. Seinfeld, who is a very successful comedian, does not need to supplement his income by building and selling counterfeit sports cars,? the lawsuit said.

The lawsuit said Seinfeld owns one of the world?s largest collections of Porsches and had never dealt with the California company before it solicited his agent to propose his purchase of the vintage vehicle.

The suit comes weeks after Seinfeld was sued by a company that says it bought the comedian?s Porsche for $1.5 million only to learn it was fake.

In the lawsuit, Seinfeld says he bought the car from European Collectibles for $1.2 million in February 2013. The suit says he relied on the company?s certificate of authenticity.

Seinfeld then sold the car in March 2016 to Fica Frio Limited, based in the Channel Islands. Fica Frio, which sued Seinfeld earlier this month, wants to recover the money it spent on the sale and all costs it has incurred.

The lawsuit said that after Fica Frio sued, Seinfeld ?promptly contacted? European Collectibles to demand that it resolve the dispute directly with Fica Frio.

?To date, European Collectibles has refused to do so,? the lawsuit said.

The lawsuit alleged that the Seinfeld purchase was not the first time European Collectibles was alleged to have sold a restored Porsche that was alleged by a disgruntled collector to be inauthentic.

The lawsuit said it seeks to ?reveal the extent to which European Collectibles deploys fraudulent practices in connection with its restoration and sale of classic cars.?

Orin Snyder, Seinfeld?s lawyer, said in a statement Monday that Seinfeld relied on the certificate of authenticity when he bought the car and sold it three years later.

?Jerry has no liability in this matter, but he wants to do the right thing, and is therefore bringing this action to hold European Collectibles accountable for its own certification of authenticity, and to allow the court to determine the just outcome,? he said.

Read More: Our 6 Favorite ?Comedians in Cars Getting Coffee? Episodes in Honor of the New Season