Bush Winch: A Helpful Tool for the Hardcore Off-Roader 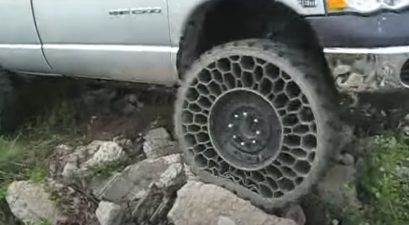 Airless Tires Make Flats a Thing of the Past 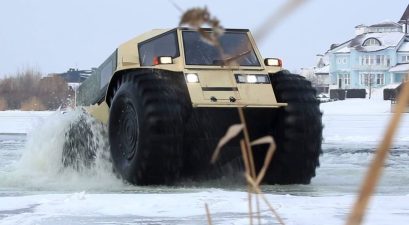 Whenever the words “Land” and “Rover” are mentioned in the same sentence, I can’t help but cringe. Working as a technician on high-end luxury cars from 2003-2012, I had seen my fair share of horribly unreliable Land Rovers and Range Rovers. Usually, the ones I saw were getting traded in and not in the best of mechanical condition. I’ll admit I was never a fan.

The phrase “they don’t make them like they used to” usually doesn’t refer to anything from the mid 1990s. But, in the odd world of Land Rover, the ’90s produced one of the most sought after examples to date. The Land Rover Defender 90 was imported to the US for three years: ’94, ’95, and ’97. Leave it to Land Rover to skip a year.

In this video, Doug DeMuro shows us his new “Doug Car.” Each year, with the help of his followers, Doug purchases a new car (sometimes two) and covers all his wild adventures. These cars have ranged from a Ferrari, an Aston Martin, and even a weird Japanese cargo van looking thing called the S-Cargo. He currently owns a 2006 Range Rover that’s had more money in repairs dumped into it than the car is even worth. Luckily, Doug loves extended warranties, if you didn’t know. Yet, he still pulled the trigger on what you see here: A $70,000 1997 Land Rover Defender 90. That’s right, these things go for $70,000 in good shape. I didn’t know that and, admit it, neither did you.

It is nice to see a capable truck actually being used like designed. And it didn’t break! All too often we see performance vehicles succumb to a mundane life of garage duty. Although my vote for the next Doug car was a 2007 Mercedes R63 AMG with 507 horsepower, I’m glad to see the yellow defender taking care of business. With off-roading out of the way early, what will we see next from this fully restored classic? Hopefully not too many trips to the shop. Who am I kidding? This thing will break. After all, it’s a Land Rover.

Read More: Land Rover Defender Is Coming Back to America in 2020