Land Rover Defender Is Coming Back to America in 2020 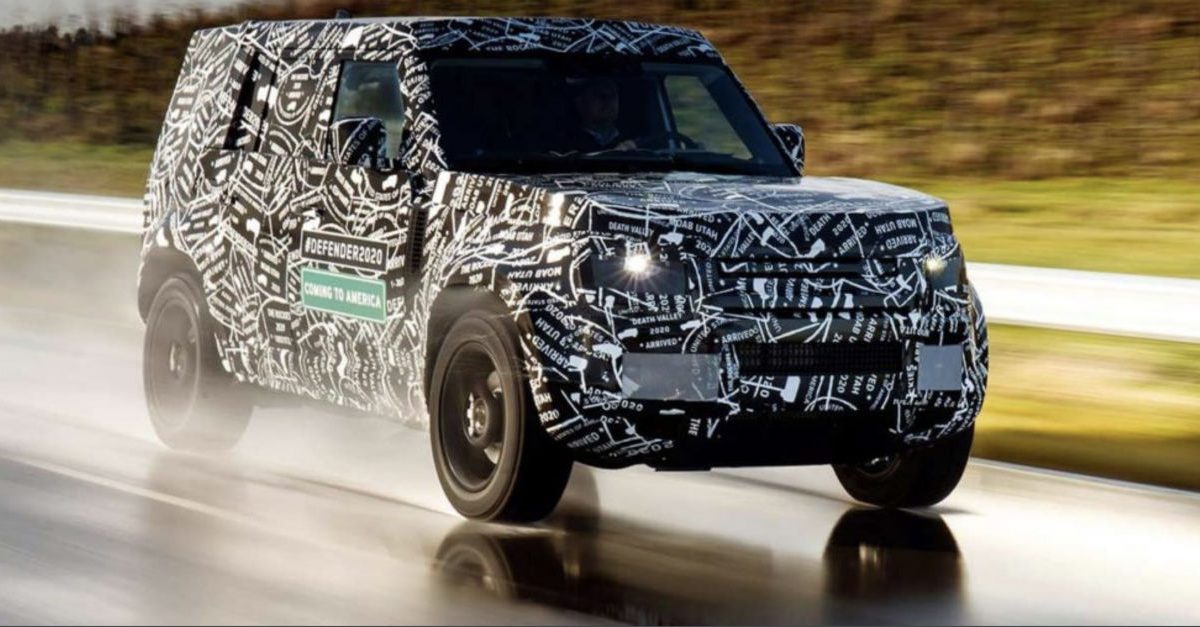 Last week, Land Rover, aided by spy shots of independent testing out in the wild, announced that the Defender will be re-introduced to the U.S. market.

In the video below, watch Kim McCullough, VP of marketing for Jaguar Land Rover North America, describe the frenzied anticipation and 20-year history of the off-roader, while also waxing poetic on the discrete testing of a prototype model throughout North America.

Promising the ?the most off-road capable Land Rover vehicle ever,” the spy shots reveal a black and white print camouflaged body trekking up and down an incline, carrying its trademark boxy body style, independent suspension, mid-size SUV proportions, and tailgate-mounted spare tire.

?There are a handful of automobiles that are beloved around the world and stand for a brand, a country, and a distinct way of life. The Land Rover Defender is such a singular vehicle,? McCullough said.

“When it debuts in 2019, the new model will represent 70 years of innovation and improvement in just one model year, honoring the model’s history for rugged durability and thoroughly remaining a Defender for the 21st century,” added Land Rover in a statement.

According to the British automaker, the new Land Rover Defender will be able to hit some of nature’s extremes, at altitudes up to 13,000 feet and weather between -40 to 120 degrees Fahrenheit. It will also be expected to carry electrified options, including all-electric, plug-in-hybrid, and mild hybrid. No word yet on its interior features, pricing, or an official launch date.

The Defender has a long-vaunted history, debuting in the ’80s before last selling in the United States in 1997. A very limited set was sold due to stringent North American standards, with less than 8,000 units in total. As a result, it has sold at a premium as a collector’s item, with its rare NAS Defender 110 going for over $100,000.

Look for the new Defender to debut at the 2019 Geneva Motor Show before going on sale in 2020.