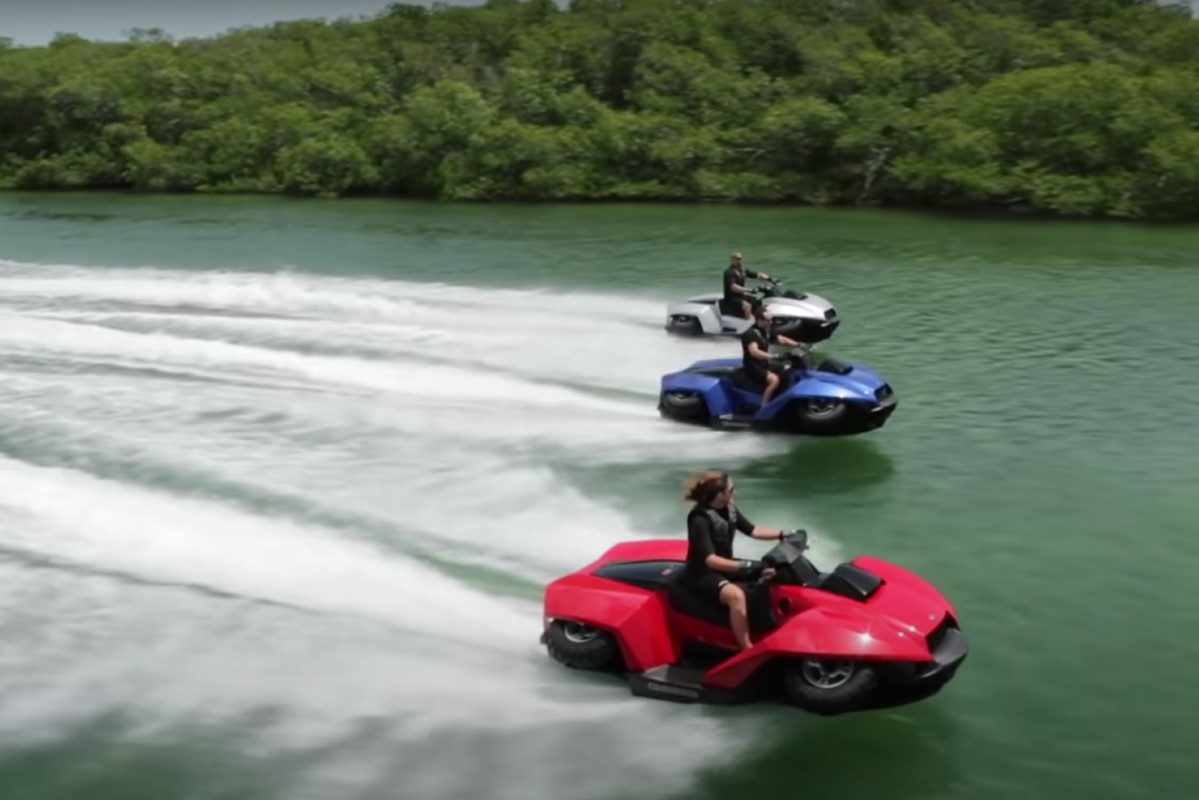 It may look like something out of a James Bond movie, but the Gibbs Quadski is as legit as it gets. Launched in October 2012 by Gibbs Sports Amphibians, the amphibious quad bike/ATV can go from kicking up dirt on a rocky off-roading trail to cutting up serious waves in a matter of seconds.

With a starting price of around $40,000, the Gibbs Quadski definitely ain’t cheap. But, after seeing the below video of these things in action, you’re definitely going to want one for yourself. Just check it out!

Read More: This Jet Ski Powered by a Motorcycle Engine Is a Certified Speed Demon

The Gibbs Quadski has the ability to transition between land and water in about five seconds due to seamless wheel retraction. It’s a pretty simple process. All the driver needs to do is press a button, which retracts the wheels into the wheel wells within the vehicle?s body and detaches them from the drivetrain.

Featuring a top speed of 45 MPH on both land and water, the Quadski is also equipped with a state-of-the-art marine jet propulsion system. Shout out to that proprietary Gibbs’ High Speed Amphibian (HSA) technology.

Also, the Quadski is stocked with a marine version of the 1.3-liter engine from the BMW K1300S motorcycle. So, while the the engine produces 175 bhp while in the K1300S, it churns out around 140 bhp when on the water and 80 bhp when in land mode.

While the Quadski’s range on land is up to around 370 miles, it also allows for over two hours travel time on the water.