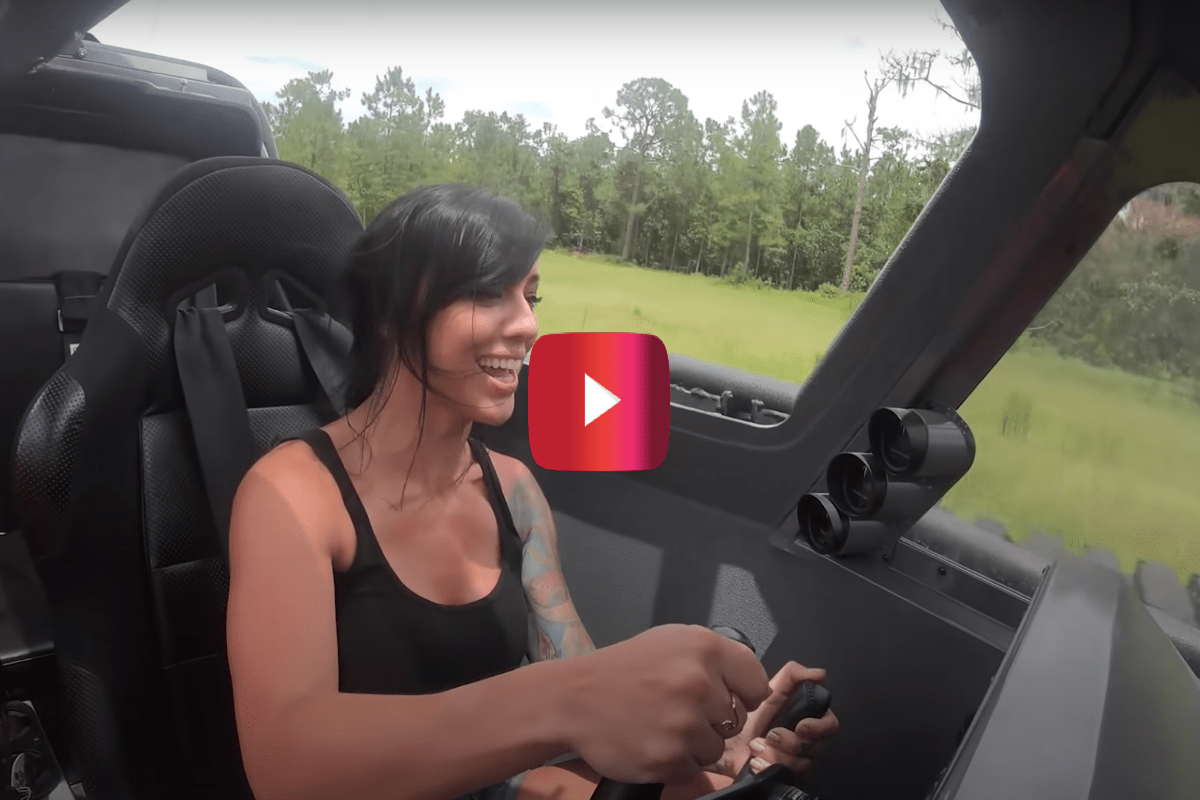 Alex Zedra may make a good chunk of money playing video games, but she’s not afraid to get her hands dirty in the real world, either. In a video posted on her official YouTube channel, Zedra — a popular Twitch streamer and the inspiration for the character Mara in Call of Duty: Modern Warfare — got to test drive the Ripsaw EV3-F4, courtesy of the folks over at Off-Road Hummer.

As you can see from the over 10 minutes of footage, Alex clearly had a blast testing the performance tank, which was featured in The Fate of the Furious, the eighth installment in the Fast & Furious franchise. I mean, if you don’t think that driving this beast looks like one of the most epic off-roading experiences ever, then I don’t know what to tell you.

Designed and manufactured by Howe & Howe Technologies, the Ripsaw has been in production since 2009, and has seen a number of variants, including the Ripsaw MS3 UGV, the Ripsaw M5, and, of course, the EV3-F4.

An EV2 would run you right around the $300K mark, and while it’s way out of our price range, a quick look at the specs makes me really tempted to take a loan out.

With speeds up to 60 MPH, Howe & Howe’s Ripsaw EV3-F4 is the world’s fastest dual-tracked vehicle. Designed and engineered as an extreme, all-terrain vehicle, this platform is developed for high-speed mobility with up to 1,500 hp. The EV3-F4’s heavy-duty, rubber tracks allow the vehicle to traverse steep slopes and loose terrains such as mud, sand and snow with ease.

Featuring a floating cockpit, EV3-F4 can hold up to four passengers and comes with a high intensity light package, GPS stereo system and a backup camera. EV3-F4 is the perfect mix of rugged and luxury for extreme off-road enthusiasts.

I don’t know about you, but I was sold at “60 MPH.” Of course, the ridiculous horsepower, heavy-duty tracks, and interior amenities don’t hurt either. Now THIS is off-roading done right!