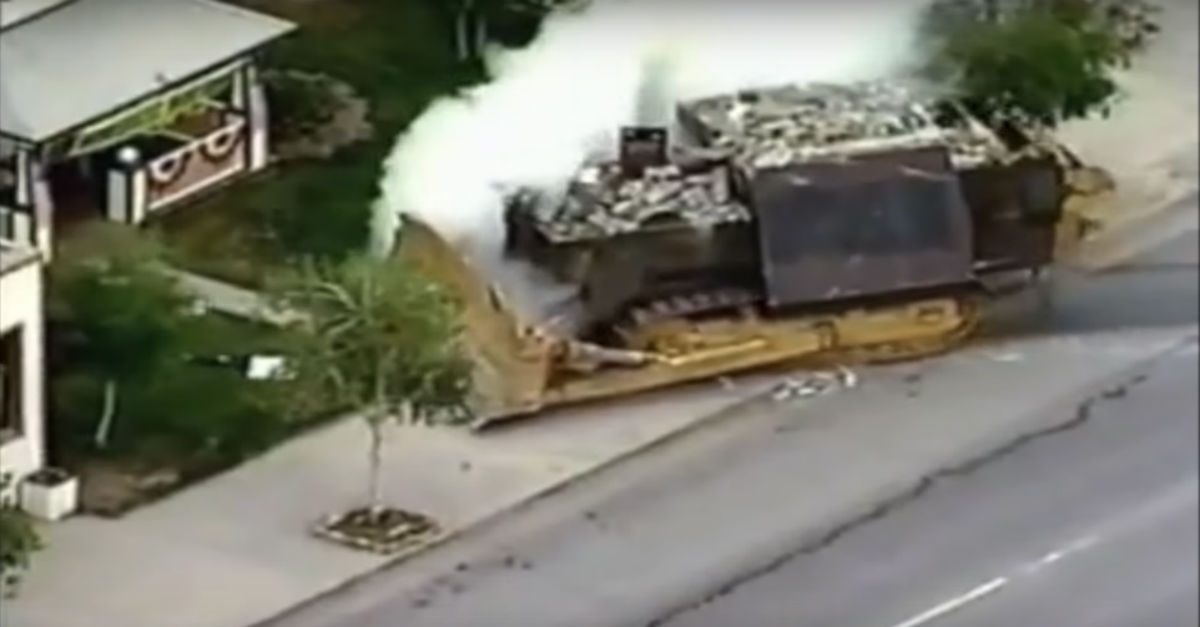 On June 4, 2004, Marvin John Heemeyer became a name that would live in infamy for residents of the small Colorado town of Granby, after the muffler shop owner turned an armored bulldozer into a weapon of destruction.

It all started after Heemeyer became involved in a zoning dispute with town council officials, who planned to permit the construction of a concrete batch plant near Heemeyer’s shop.

After the decision with the concrete plant didn’t go his way, the enraged Heemeyer, who was a seriously skilled welder, began work on his “Killdozer,” a Komatsu D355A bulldozer that was completely outfitted with steel and concrete plating. The 52-year-old Heemeyer also attached external cameras to the Killdozer, and even cut out portholes so that he could fire handgun rounds from inside the bulldozer?s cab.

Once he completed his diabolical DIY project, Heemeyer began a rampage of epic proportions that ended in the destruction of 13 Granby buildings.

For more than two hours, Heemeyer drove his modified tank down Main Street in a slow-motion rampage, crashing into a bank, the police station, town hall, a newspaper office and a hardware store, among other targets. Attempts by law enforcement to stymie him were futile, as the sheer heft of his machine and the fortifications he had appended to it made it unstoppable and impenetrable.

Damage to the town was estimated to be around $7 million, according to Sky-Hi News, the local newspaper that turned out to be one of the targets of Heemeyer?s wrath.

After the modified bulldozer’s radiator and hydraulic system failed a SWAT team moved in, Heemeyer killed himself via shotgun blast to the head. Considering the 24-hour news cycle that we live in, the story of Marvin Heemeyer terrorizing a small Colorado town can easily become forgotten. But, even though the Granby bulldozer rampage went down 15 years ago, it’s not something that the mountain town’s residents will ever forget.

Read More: Man Crashed Train Because He Was ?Suspicious? of Coronavirus Relief Ship