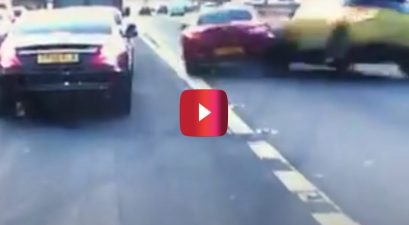 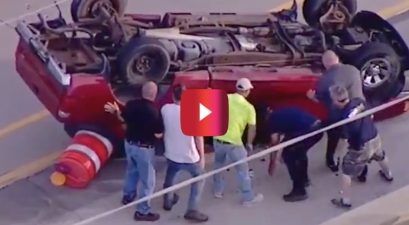 Loretta Gray is lucky to be alive. Back in September 2018, the 65-year-old Evanston, Ohio woman suffered from first, second, and third degree burns after the Honda CRV she was driving exploded.

Surveillance video captured the terrifying incident, which investigators predict was caused when the propane tank that Gray was carrying in the back of her SUV burst into flames.

“I helped her get on the ground. The next thing I know she’s trying to get up and she’s screaming…she’s screaming,” police officer Perry Locke, who helped Gray out of her car, told Fox 19.

“I immediately know it was because she was burned. I could tell she was burned on her upper extremities and her torso. I just tried to hold her by her belt buckle and I am still calling for help to get cars over here and get us away from the vehicle in case another explosion might happen. All she could do was scream. Screams that I will never forget for the rest of my life. She wasn’t able to speak.”

Read More: Formula One Driver Marcus Ericsson Was Somehow Not Hurt After This Devastating Crash

Gray, who recovered at home from the burns to her hands, neck, and face, told officers that she had not been smoking at the time of the expected propane tank explosion, which leaves investigators puzzled as to what could have ignited the leaking propane tank.

Photos taken at the scene of the car explosion show the extensive damage that was done to Gray’s CRV. While all of the airbags are deployed, the roof panel is also curled up, the rear hatch and bumper are missing, and the door panels are completely torn open. A bag of charcoal was also discovered at the location.

Despite her serious injuries, it’s a miracle that Ms. Gray made it out in one piece.