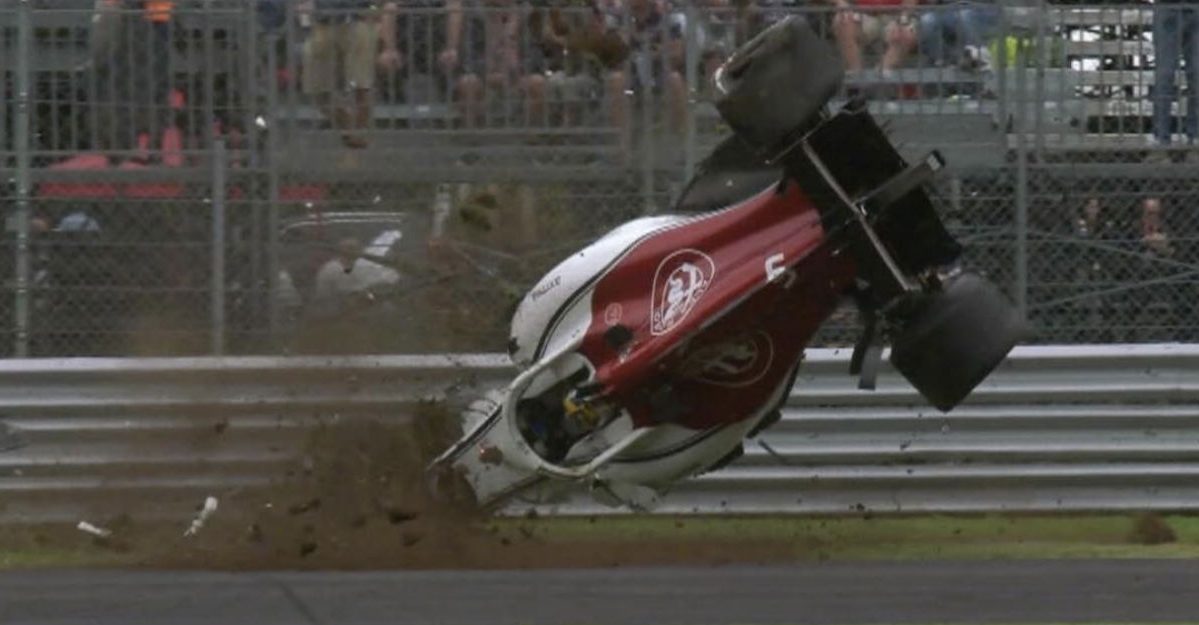 MONZA, Italy (AP) ? Sauber driver Marcus Ericsson crashed spectacularly but was not seriously injured at the start of the second practice session at the Italian Grand Prix.

The Swede’s car skidded and crashed into the barriers on the left of the track before flipping over four times.

😨😨😨 Marcus Ericsson, OMG!
I am so glad for all the safety improvements in the recent years in @F1 , this was a huge crash and he is okay! 😮 pic.twitter.com/R21W90fWF4

Ericsson was able to get out of the car unaided. He then walked down pit lane and smiled to the cheering fans.

The incident, which happened two minutes into the session, could have been worse if not for the “halo” protective device, which was introduced this season.

Drivers have had mixed reactions to the halo but last weekend’s race in Belgium effectively ended the debate after Charles Leclerc was unharmed after Fernando Alonso’s Ferrari bounced on top of his car during a first-lap crash.