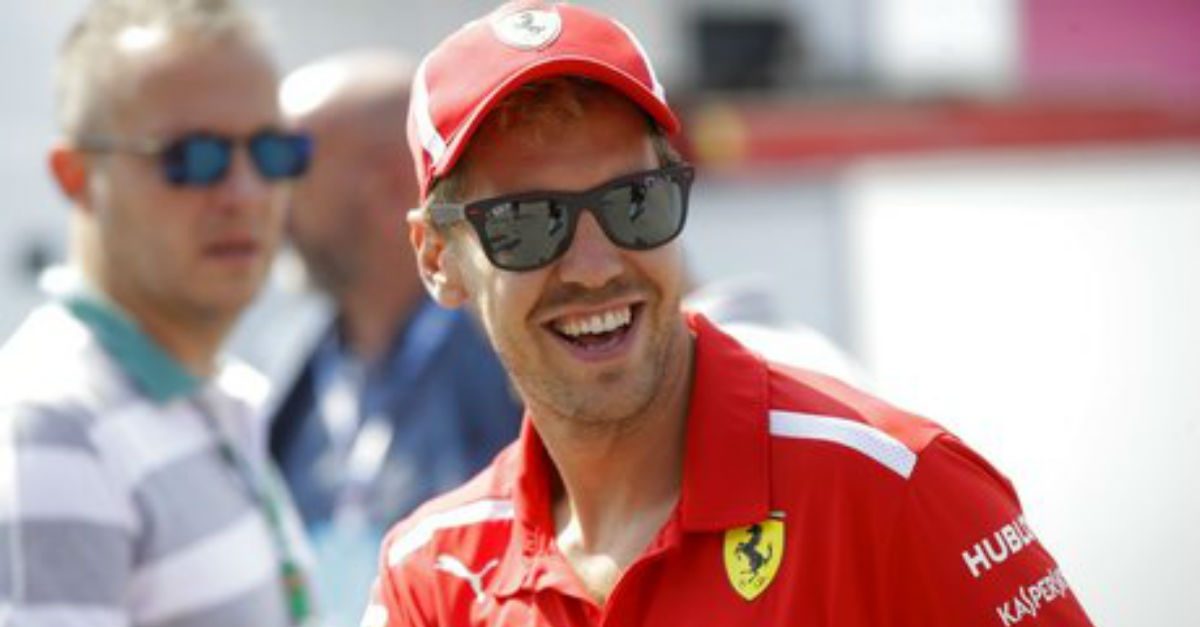 Last week, Lewis Hamilton said in a trackside interview shortly after Vettel’s victory at the Belgian Grand Prix that Ferrari had “a few trick things going on in the car.” Hamilton later tried to distance himself from sounding suspicious, or suggesting Ferrari infringed the rules in any way.

“I don’t know. You need to ask him but I think he said in the press conference something with tricks but I think he said many times he doesn’t want it to be interpreted in the wrong way and I think maybe it did,” Vettel said Thursday ahead of the Italian Grand Prix.

“I am not so sure but for all of us in terms of is the call is legal or not, the FIA is responsible for it and we have several checks throughout the weekend to prove that so as long as I don’t hear anything from that front then I think it’s fine. Same for the others.”

Hamilton finished 12 seconds behind Vettel last week in second place, although that margin was made larger by the fact the Mercedes driver eased up in the closing laps because he knew he could not catch his rival and was saving the engine for races ahead.

“As I said, maybe it’s more of a question for him and for us it’s to keep our head down,” Vettel added. “If there’s something like momentum then to use that momentum to make sure we go forward.”

Hamilton was not scheduled to be at Thursday’s traditional news conference but was due to appear before the media at Mercedes’ hospitality area. However, the team announced in the morning that the world champion would not be arriving at Monza until the evening because of an “unavoidable personal commitment.”

Both Hamilton and Vettel are chasing a fifth world title this year.

Tough day today, however 2nd is still something to be proud of. To all the fans supporting across the world, thank you so much, I love you guys 🙏🏾. We will always keep pushing and now have our sights on Monza. #TeamLH #nevergiveup #F1 #BelgianGP

After trimming Hamilton’s overall lead to 17 points last weekend, Vettel is now focused on ending Ferrari’s eight-year wait for a win at the Italian GP, where he says the track “in many ways is similar to Spa” and suited to the team.

The German driver has finished on the podium in Monza three times since moving to Ferrari, finishing runner-up to Hamilton in 2015 before two straight third-place finishes.

“The last podiums I had in the right color were already quite amazing and obviously (a win) is definitely something I want to achieve doing here with Ferrari,” Vettel said. “Others have done it before me and I want to join them.”

Vettel became Formula One’s then-youngest race winner when he triumphed in Monza in 2008 with Toro Rosso ? and a Ferrari engine. He also won the Italian Grand Prix in his 2011 and 2013 title years with Red Bull.

The 31-year-old German said there is a special atmosphere in Monza, with the passionate Italian fans.

“It really depends which color, which engine you have in the back,” Vettel said with a smile. “The first win was overwhelming in many regards. I didn’t realize at the time that obviously I was racing for an Italian team, I had a Ferrari engine in the back so I guess it was sort of OK for the crowd and they were happy, too. I thought they were happy just because it was me and it was a good race.

“But then three years after I won again in a different color, they weren’t very happy. I was wondering what was going on because I hadn’t done anything wrong, quite the opposite.”