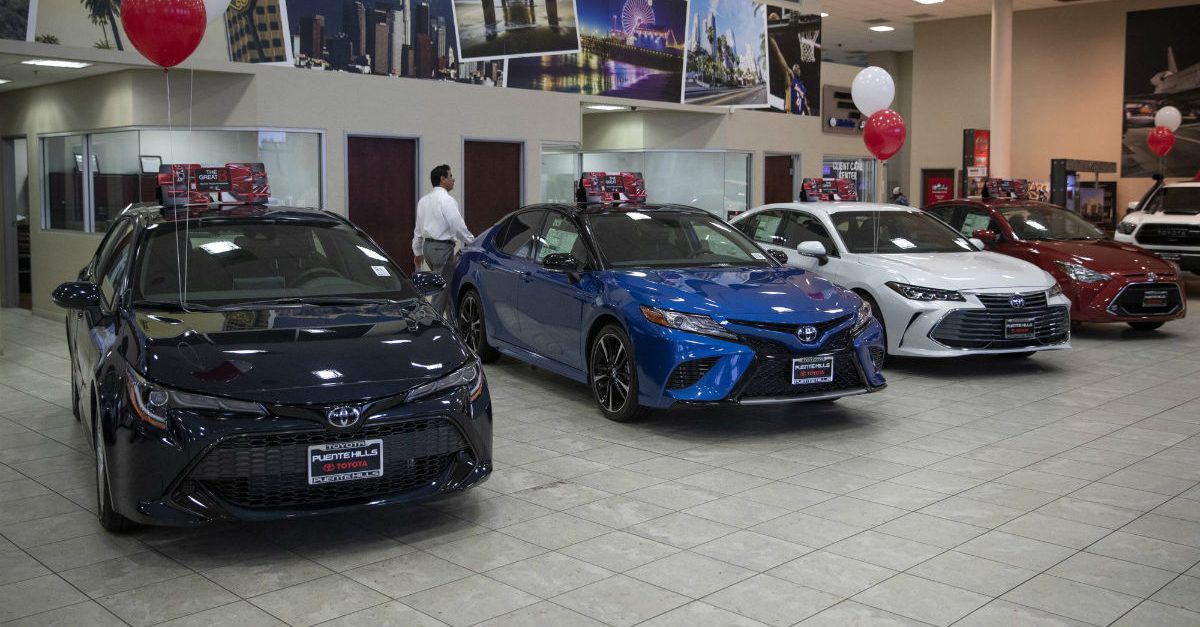 DETROIT (AP) ? America?s auto industry is bracing for a potential escalation in President Donald Trump?s tariff war with the world, one that could weaken the global auto industry and economy, inflate car prices and trigger a backlash in Congress.

Late Sunday, the Commerce Department sent the White House a report on the results of an investigation Trump had ordered of whether imported vehicles and parts pose a threat to U.S. national security. Commerce hasn?t made its recommendations public, and the White House has so far declined to comment. If Commerce did find that auto imports imperil national security, Trump would have 90 days to decide whether to impose those import taxes.

Trump has repeatedly invoked his duty as president to safeguard national security in justifying previous rounds of tariffs. An obscure provision in trade law authorizes a president to impose unlimited tariffs on particular imports if his Commerce Department concludes that those imports threaten America?s national security.

Whatever Commerce has concluded in this case, Trump has made clear his enthusiasm for tariffs in general and for auto tariffs in particular. Some analysts say they think Commerce has likely endorsed the tariffs, not least because the president has conveyed his preference for them.

Among Commerce?s recommendations ?will certainly be tariffs because, hey, he?s a Tariff Man,? said William Reinsch, a former U.S. trade official and now a senior adviser at the Center for Strategic and International Studies, referring to a nickname that Trump gave himself.

Industry officials took part in a conference call Tuesday to discuss the possible steps Trump could take. They include tariffs of up to 25 percent on imported parts only; on assembled vehicles only; or on both vehicles and parts ? including those from Mexico and Canada. The last option would be an especially unusual one given that the United States, Mexico and Canada reached a new North American trade deal late last year, and the legislatures of all three nations must still ratify it.

In public hearings last year, the idea of imposing import taxes on autos drew almost no support. Even U.S. automakers, which ostensibly would benefit from a tax on their foreign competitors, opposed the potential tariffs. Among other concerns, the automakers worry about retaliatory tariffs that the affected nations would impose on U.S. vehicles. Many U.S. automakers also depend on imported parts that could be subject to Trump?s tariffs and could become more expensive.

In addition to steel and aluminum, Trump has imposed tariffs on dishwashers, solar panels and hundreds of Chinese products. Targeting autos would further raise the stakes. The United States imported $340 billion in cars, trucks and auto parts in 2017.

If the administration imposed 25 percent tariffs on imported parts and vehicles including those from Canada and Mexico, the price of imported vehicles would jump more than 17 percent, or an average of around $5,000 each, according to estimates by IHS Markit. Even the prices of vehicles made in the U.S. would rise by about 5 percent, or $1,800, because all of them use some imported parts.

Luxury brands would absorb the sharpest increase: $5,800 on average, IHS concluded. Mass-market vehicle prices would rise an average of $3,300.

If the tariffs were fully assessed, IHS predicts that price increases would cause U.S. auto sales to fall by an average of 1.8 million vehicles a year through 2026. Auto industry officials say that if sales fall, there almost certainly will be U.S. layoffs. Dealers who sell German and some Japanese brands would be hurt the most by the tariffs.

?The economic fallout would be significant, with auto tariffs hurting the global economy by distorting prices and creating inefficiencies, and the impact would reverberate across global supply chains,? Moody?s Investors Service said in a report. ?The already weakening pace of global expansion would magnify global growth pressures, causing a broader hit to business and consumer confidence amid tightening financial conditions.?

Congress could resist the auto tariffs. Sens. Pat Toomey, R-Penn., and Mark Warner, D-Va., have introduced legislation to reassert congressional control over trade. Their bill would give Congress 60 days to approve any tariffs imposed on national security grounds. It would also shift responsibility for such investigations away from Commerce to the Pentagon.

Some analysts say they suspect that Trump intends to use the tariffs as leverage to pressure Japan and Europe to limit their auto exports to the United States and to prod Japanese and European automakers to build more vehicles at their U.S. plants.

?This is the way Lighthizer thinks,? Reinsch said.

Even if the tariff threat resulted in negotiations, Europe and Japan would have demands of their own. A likely one: Compelling the U.S. to drop its longstanding 25 percent tax on imported light trucks.

Trump is ?pursuing something that, as near as I can tell, the domestic (auto) industry doesn?t want,? Reinsch said. ?Once he pursues it, he is going to be under pressure to give up the one thing the auto industry really does want? ? the U.S. tariff on imported light trucks.

For now, many in the industry are upset that the Commerce Department report remains secret, feeding uncertainty.

?The 137,000 people who work for Toyota across America deserve to know whether they are considered a national security threat,? Toyota said in a statement Tuesday. ?And the American consumer needs to know whether the cost of every vehicle sold in the U.S. may increase.?

?Now, dealerships must continue to operate under a cloud of uncertainty, not knowing if at any moment their products will be slapped with 25 percent tariffs, raising vehicle and repair costs by thousands of dollars and slashing sales,? the association?s CEO, Cody Lusk, said in a statement.