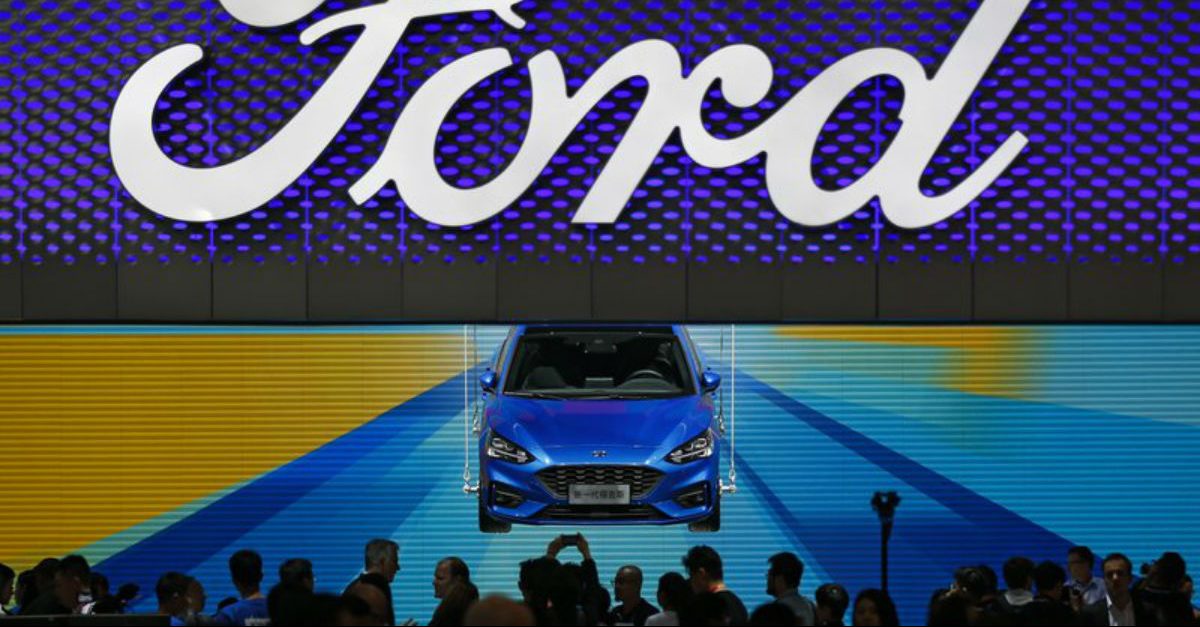 WASHINGTON (AP) ? Ford won?t be moving production of a hatchback wagon to the United States from China ? despite President Donald Trump?s claim Sunday that his taxes on Chinese imports mean the Focus Active can be built in America.

Citing Trump?s new tariffs, Ford on Aug. 31 said it was dropping plans to ship the Focus Active from China to America.

Trump took to Twitter Sunday to declare victory and write: ?This is just the beginning. This car can now be BUILT IN THE U.S.A. and Ford will pay no tariffs!?

“Ford has abruptly killed a plan to sell a Chinese-made small vehicle in the U.S. because of the prospect of higher U.S. Tariffs.” CNBC. This is just the beginning. This car can now be BUILT IN THE U.S.A. and Ford will pay no tariffs!

But in a statement Sunday, Ford said ?it would not be profitable to build the Focus Active in the U.S.? given forecast yearly sales below 50,000.

For now, that means Ford simply won?t sell the vehicle in the United States. Kristin Dziczek of the Center for Automotive Research said that Ford can make Focuses ?in many other plants around the world, so if they decided to continue to sell a Focus variant in the U.S. market, there are several options other than building it in the United States.?

In April, Ford announced plans to stop making cars in the United States ? except for the iconic Mustang ? and to focus on more profitable SUVs. It stopped making Focus sedans at a Wayne, Michigan, plant in May. The plan, said industry analyst Ed Kim of AutoPacific, was to pare down the Focus lineup to Active wagons and import them from China.

?Without the tariffs, the business case was pretty solid for that model in the U.S. market,? Kim said.

Demand for small cars in the U.S. has been waning for years with relatively low gasoline prices and a shift from cars to SUVs and trucks.

If Ford sold fewer than 50,000 Focus Active wagons per year, it would run a U.S. factory on only one shift per day, which isn?t cost-effective, Dziczek said. Automakers like to run plants on at least two shifts, and preferably three per day to cover the cost of building and equipping the factory, and to turn a profit.

Ford also wouldn?t want to spend millions on equipment to build the Focus Active here because at low sales volumes it wouldn?t get a good return on its investment, Dziczek said.

If sales were high enough to justify production at a U.S. plant, the price of a compact vehicle isn?t high enough to cover the difference in wages here, she said.

?The margins are very slim,? Dziczek said. ?Even if you had demand and volume, it?s still very difficult to build a small car in the U.S. profitably, which is why you find very few of them here.?

In China, labor costs for motor vehicle and parts manufacturing are about $8 per hour including benefits, but it?s more than $52 per hour in the U.S., according to Dziczek.

Ford, BMW, Mercedes and others export about 250,000 vehicles to China from the U.S. each year, Dziczek said. Most of them are luxury cars and SUVs with higher profit margins that can cover higher U.S. wages, she said.

For the Focus Active, the tariffs on Chinese vehicles changed everything. The United States on July 6 began imposing a 25 percent tax on $34 billion in Chinese imports, including motor vehicles. Last month, it added tariffs to another $16 billion in Chinese goods and is readying taxes on another $200 billion worth. China is retaliating with its own tariffs on U.S. products.