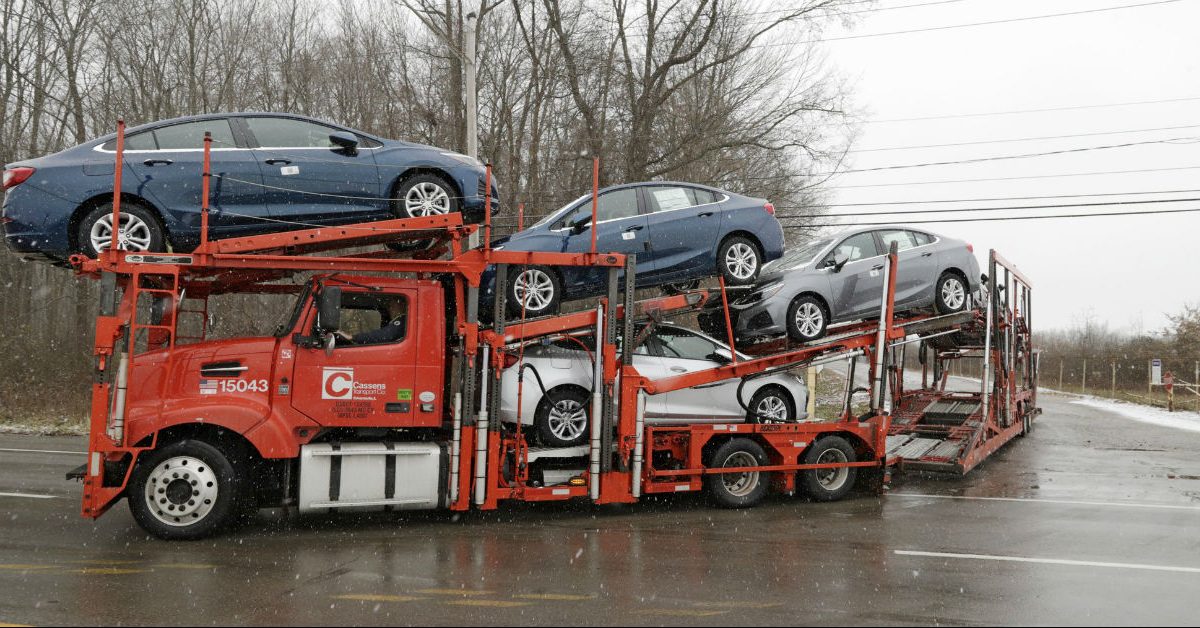 WASHINGTON (AP) ? President Donald Trump said Tuesday that he was ?very disappointed? that General Motors was closing plants in the United States and warned that the White House was ?now looking at cutting all GM subsidies,? including for its electric cars program.

Trump unleashed on Twitter a day after GM announced it would shutter five plants and slash 14,000 jobs in North America, with many of the job cuts coming from the Midwest, where the president has promised a manufacturing rebirth.

….for electric cars. General Motors made a big China bet years ago when they built plants there (and in Mexico) – don’t think that bet is going to pay off. I am here to protect America’s Workers!

Trump wrote that he was ?Very disappointed with General Motors and their CEO, Mary Barra, for closing plants in Ohio, Michigan and Maryland. Nothing being closed in Mexico & China.?

And, referring to the 2008 federal bailout of the auto industry, Trump angrily continued that ?the U.S. saved General Motors, and this is the THANKS we get! We are now looking at cutting all @GM subsidies, including for electric cars. General Motors made a big China bet years ago when they built plants there (and in Mexico) – don?t think that bet is going to pay off. I am here to protect America?s Workers!?

Trump?s incendiary tweet came a short time after National Economic Council director Larry Kudlow said the White House?s reaction was ?a tremendous amount of disappointment maybe even spilling over into anger.? Kudlow, who met with Barra on Monday, said that Trump felt betrayed by GM, which the government had been trying to help.

?Look, we made this deal, we?ve worked with you along the way, we?ve done other things with mileage standards, for example, and other related regulations,? Kudlow said. ?We?ve done this to help you and I think his disappointment is, it seems like that they kind of turned his back on him.?

Read More: General Motors to Lay Off 14,700 Workers in America and Canada

A White House rebuke to GM would fly in the face of long-held Republican opposition to picking winners in the marketplace. It?s not clear precisely what, or when, action may be taken. White House press secretary Sarah Huckabee Sanders said that she did not have any additional information on the president?s threat.

Buyers of electric vehicles made by GM and other automakers get federal tax credits of up to $7,500, helping to reduce the price as an incentive to get more of the zero-emissions vehicles on the road.

Among the vehicles GM offers is the battery-powered Chevrolet Bolt, which can go 238 miles on a single charge. The company has pinned much of its future business plan on consumers switching to battery-powered vehicles, promising to roll out 20 new ones globally by 2023.

GM on Monday announced it would cut six gas-powered car models as part of a plan to close factories and cut costs so it can spend more on electric and autonomous vehicle development.

Pres. Trump "not happy" about General Motors announcement of multiple plant closings, including in Ohio, and says he told CEO Mary Barra "you better get back in there soon." https://t.co/WYyh8jURIE pic.twitter.com/oqaxMAA1qS

The reductions could amount to as much as 8 percent of GM?s global workforce of 180,000 employees.

The restructuring reflects changing North American auto markets as manufacturers continue to shift away from cars toward SUVs and trucks. In October, almost 65 percent of new vehicles sold in the U.S. were trucks or SUVs. That figure was about 50 percent cars just five years ago.

Trump has long promised to return manufacturing jobs to the United States and particularly the Midwest. At a rally near GM?s Lordstown, Ohio, plant last summer, Trump told people not to sell their homes because the jobs are ?all coming back.?

The layoffs come amid the backdrop of a trade war between the U.S., China and Europe that likely will lead to higher prices for imported vehicles and those exported from the U.S. Barra said the company faces challenges from tariffs but she did not directly link the layoffs to them.