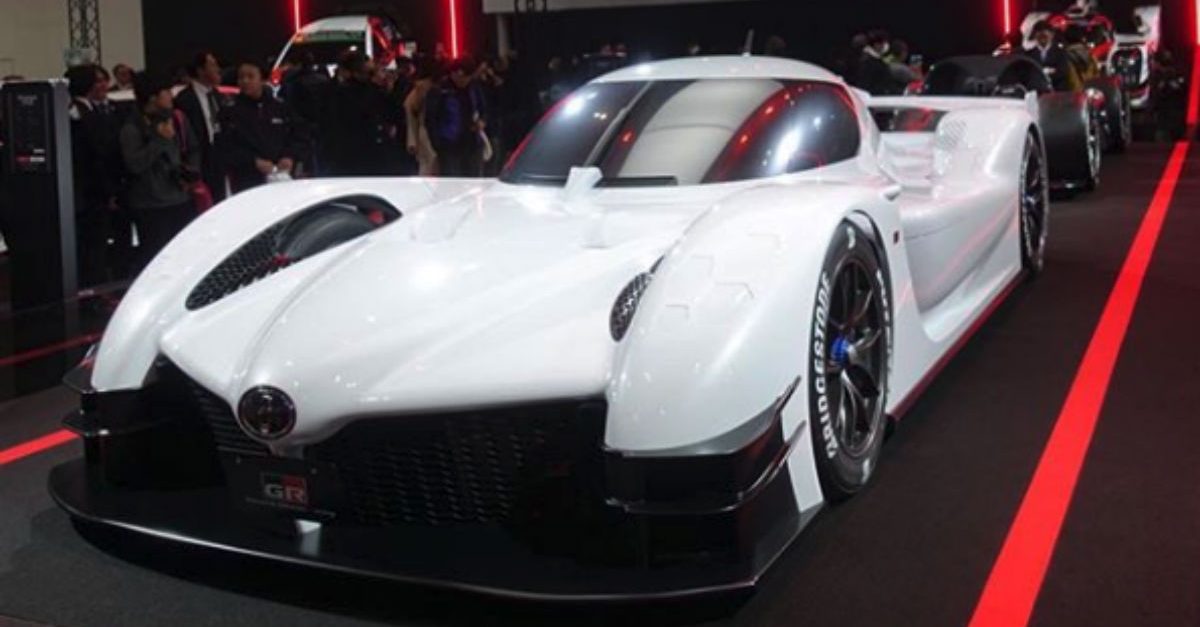 Though the disqualification of the Le Mans Prototype 2 class winners was probably the most interesting news to come out of this year’s 24 Hours of Le Mans, a slightly more positive announcement from Toyota following its impressive Le Mans Prototype 1 class showing is sure to pump up hypercar heads everywhere.

After the first and second place finishes of the Toyota TS050 Hybrid cars, Shigeki Tomoyama, Toyota Gazoo Racing?s president, confirmed the development of the GR Super Sport Concept in a recent press release.

“Development of Toyota’s next generation of super sports car has started,” reads the press release, according to The Drive. “It takes the cutting-edge hybrid electric systems and fuel economy technology that the TGR WEC team has tested and refined during the past six years in WEC, and showcases them in one superb package.”

Toyota boasts that its first hypercar will be powered by a twin-turbocharged V-6 engine, which when coupled with Toyota’s electric systems, is expected to churn out 1,000 horsepower. Though not too much is known about the GR Super Sport Concept — it is not set to debut until around 2021 — early indicators dictate that it will definitely end up looking and performing like the real deal.

Per Car and Driver:

Toyota didn?t provide many new details about the GR Super Sport, saying that it is composed of ?mostly the same main parts as the TS050 Hybrid race car? and is powered by a hybrid powertrain that combines electric power and a mid-mounted, twin-turbocharged 2.4-liter direct-injection V-6 for a total output of 986 horsepower?incidentally, the same output as the Le Mans?winning TS050.

Toyota has also begun using the H-word??hypercar??in the vehicle?s press materials, and Tomoyama?s message about its state of readiness has shifted from ?it will be some time? to ?at some point in the near future, customers will have a chance to get behind the wheel of this incredible machine and experience its astonishing power and driving performance.”

Given the sleek look and top-notch performance of the TSO50 Hybrid at Le Mans, Toyota’s first hypercar should definitely be a force to be reckoned with.

READ MORE: The Mercedes-AMG Project One hypercar is simply flabbergasting ? and expensive