Strike Possible at General Motors for First Time in 12 Years 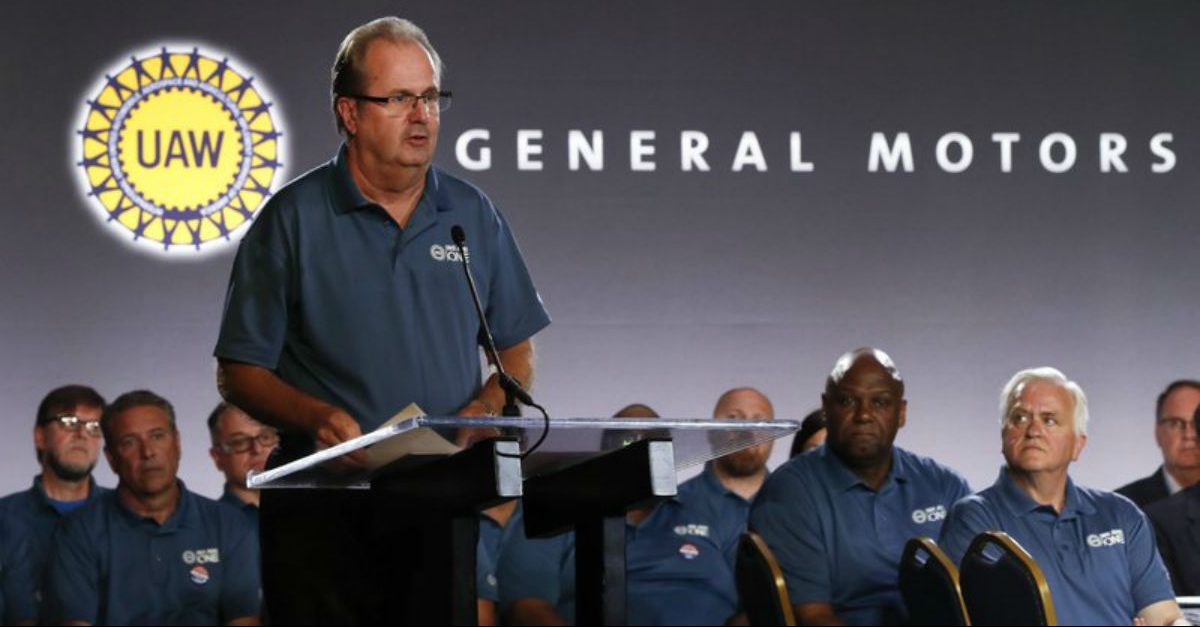 DETROIT (AP) ? Leaders of the United Auto Workers union have extended contracts with Ford and Fiat Chrysler indefinitely, but the pact with General Motors is still set to expire Saturday night.

The move puts added pressure on bargainers for both sides as they approach the contract deadline and the union starts to make preparations for a strike.

The contract extension was confirmed Friday by UAW spokesman Brian Rothenberg, who declined further comment on the talks.

The union has picked GM as the target company, meaning it is the focus of bargaining and would be the first company to face a walkout. GM?s contract with the union is scheduled to expire at 11:59 p.m. Saturday.

It?s possible that the four-year GM contract also could be extended or a deal could be reached, but it?s more likely that 49,200 UAW members could walk out of GM plants as early as Sunday because union and company demands are so far apart.

Picket line schedules already have been posted near the entrance to one local UAW office in Detroit.

Art Wheaton, an auto industry expert at the Worker Institute at Cornell University, expects the GM contract to be extended for a time, but he says the gulf between both sides is wide.

?GM is looking through the windshield ahead, and it looks like nothing but land mines,? he said of a possible recession, trade disputes and the expense of developing electric and autonomous vehicles. ?I think there?s really going to be a big problem down the road in matching the expectations of the union and the willingness of General Motors to be able to give the membership what it wants.?

Plant-level union leaders from all over the country will be in Detroit on Sunday to talk about the next steps, and after that, the union likely will make an announcement.

But leaders are likely to face questions about an expanding federal corruption probe that snared a top official on Thursday. Vance Pearson, head of a regional office based near St. Louis, was charged with corruption in an alleged scheme to embezzle union money and spend cash on premium booze, golf clubs, cigars and swanky stays in California. It?s the same region that UAW President Gary Jones led before taking the union?s top office last year.

In a 40-page criminal complaint, the government alleged that over $600,000 in UAW money was spent by union officials at businesses in the Palm Beach, California, area, including at restaurants, a golf resort, cigar shop and rental properties, between 2014 and 2017.

The union said the government has misconstrued facts and said the allegations are not proof of wrongdoing. ?Regardless, we will not let this distract us from the critical negotiations under way with GM to gain better wages and benefits,? Rothenberg said.

At UAW Local 22 in Detroit, picket line schedules for three days were posted on the lobby windows. The local represents workers at a plant that straddles the border between Detroit and the hamlet of Hamtramck.

The 24-hour schedules don?t list any date to start but a separate schedule has a group reporting to the union hall at 6 a.m. on Sunday. The factory, which makes the Chevrolet Impala and Cadillac CT6, is one of four that GM plans to close.

Here are the main areas of disagreement:

? The union also wants new products for four factories GM wants to close. The factory plans have irked some workers, although most those who were laid off will get jobs at other GM factories. GM currently has too much U.S. factory capacity.

? The companies want to close the labor cost gap with workers at plants run by foreign automakers. GM?s gap is the largest at $13 per hour, followed by Ford at $11 and Fiat Chrysler at $5, according to figures from the Center for Automotive Research, an industry think tank. GM pays $63 per hour in wages and benefits compared with $50 at the foreign-owned factories.

? Union members have great health insurance plans but workers pay about 4% of the cost. Employees of large firms nationwide pay about 34%, according to the Kaiser Family Foundation. The companies would like to cut costs.

If there is a strike, it would be the union?s first since a short one against GM in 2007.

The union may have to strike at least for a while to show workers that it got as much from the company as it could, Wheaton said. Some workers, he said, mistrust union leaders due to the corruption scandal.

Negotiators are usually tight-lipped about the talks, but a week ago, Vice President Terry Dittes wrote in a letter to local union leaders that GM has been slow to respond to union proposals. GM answered in a letter sent to factories that said it is moving as quickly as it can.

?We are working hard to understand and respond to UAW proposals and we have offered to meet as often as needed,? the letter said.