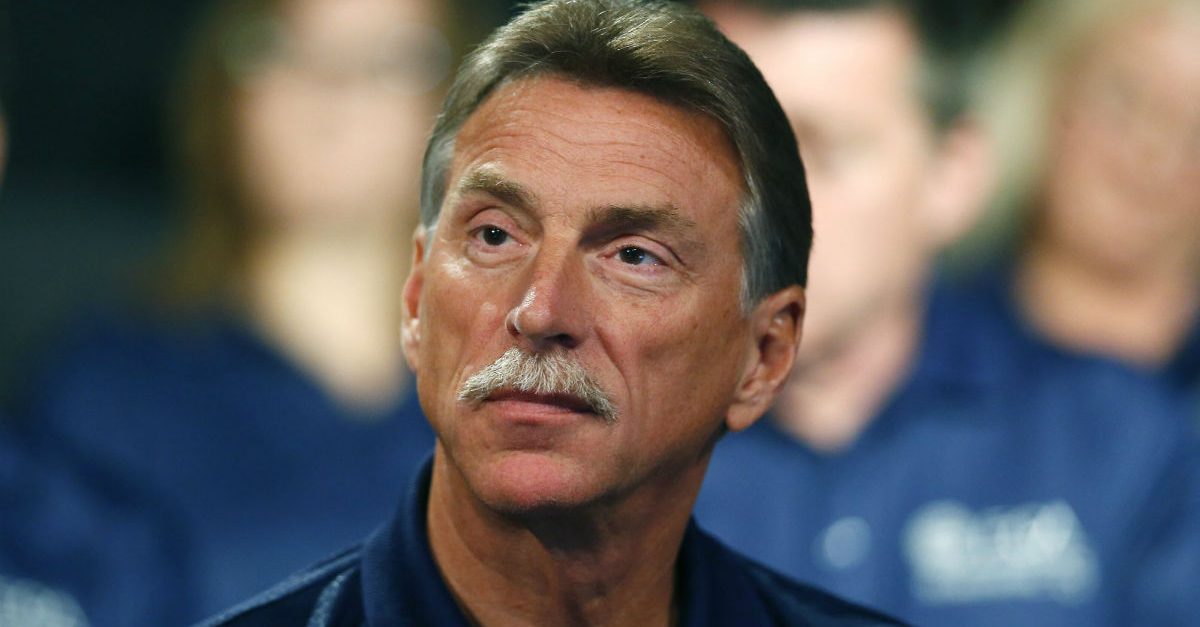 DETROIT (AP) ? A former vice president at the United Auto Workers was charged Monday in a scheme with Fiat Chrysler executives to buy meals, golf and other perks with the automaker?s money ? the highest-ranking official snagged in an investigation that has exposed corruption between labor and management.

The conspiracy charge against Norwood Jewell was filed as a criminal information, which means a guilty plea is likely. At least seven people have pleaded guilty.

Officials at Fiat Chrysler, known as FCA, and the UAW enriched themselves by using company money set aside for a job-training center. The corruption occurred at the same time both sides were negotiating labor agreements.

?We can confirm that we have had professional and productive discussions with the U.S. Attorney?s Office towards a fair and just resolution,? defense attorney Michael Manley told The Detroit News. ?We are confident that when the facts of the case come out as it relates to Mr. Jewell, his decades-long reputation of honorable service to members of the UAW will remain intact.?

Jewell was the senior UAW official dealing with Fiat Chrysler, from 2014 through 2016. He apparently had no knowledge of corruption before getting the post ? his predecessor had a $262,000 mortgage paid off ? but he jumped right in, according to the government.

The court filing says Jewell signed off on dinners valued at thousands of dollars at an exclusive Detroit restaurant, the London Chop House, and golf and meals in Palm Springs, California.

In a new statement, the UAW acknowledged that blue-collar members might be frustrated by the headlines.

?We have already implemented many reforms and enacted new policies to prevent any misuse of funds at the joint-program centers from ever happening again,? the union said.

General Holiefield, a union vice president whose mortgage was paid with training center money, died in 2015. His wife, Monica Morgan, was sentenced to 18 months in prison for a tax crime.