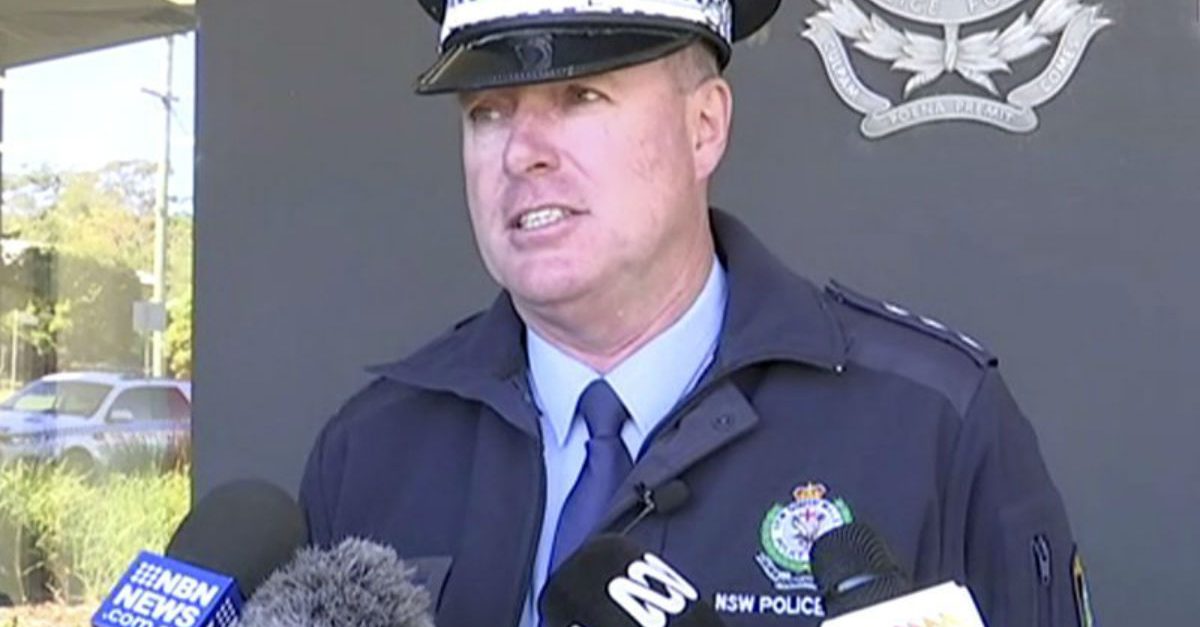 CANBERRA, Australia (AP) ? Four children aged 10 to 14 packed fishing rods in a parent?s SUV, left a farewell note then drove more than 1,000 kilometers (600 miles) down the Australian east coast before they were stopped by police the next day after two fuel thefts and one aborted pursuit, officers said on Monday.

When the children were stopped by police near Grafton in New South Wales state at 10:40 p.m. Sunday, they locked the doors and refused to get out, Acting Police Inspector Darren Williams said.

A police officer used a baton to break a window of the 2004 Nissan Patrol, which had been reported stolen by worried parents, Williams said.

Police were not sure which child or children drove or why they left Rockhampton in Queensland state on Saturday. The children are a 14-year-old boy, two 13-year-old boys and a 10-year-old girl.

?It?s a long way, in excess of 1,000 kilometers (600 miles) from Rockhampton down to Grafton. I couldn?t imagine one person actually driving all that way in two days,? Williams told reporters.

The children are suspected of failing to pay for fuel at Outback gas stations in the Queensland town of Banana and the New South Wales town of Warialda, police said.

They were also chased by police in the New South Wales town of Glen Innes, where a 13-year-old was suspected to be driving, Williams said.

Read More: This Road Rage Incident in Australia Got out of Control Fast

?There was a short pursuit up there with the Highway Patrol and due to the age of the driver and the road conditions, that was terminated by the Highway Patrol officers … and the general duties police that were involved,? he said.

The 14-year-old lived in Grafton, which might have been the children?s destination, Williams said.

Banana Truck Stop cashier Harry White said the SUV drove off without paying for diesel at 4:35 a.m. Sunday. He estimated that the children must have left Rockhampton around midnight. Banana is a town of a few hundred people that grows no bananas and is named after a dun-colored bull.

White said the theft involved 82 liters (more than 21 gallons) of diesel worth about 120 Australian dollars (more than $107).

He was not working at the time but said he watched closed-circuit TV footage and was struck by the short stature of the driver, who didn?t stand as tall as the SUV?s door. Police said all four range from 150 centimeters (5 feet) tall to 160 centimeters (5 feet, 4 inches) tall.

The driver behaved casually as he filled the car, then spoke to a passenger before hanging up the gas pump, White said.

?He turned around to his mate or passenger in the car, had a small conversation which I assume was: ?Hey mate, get ready, we?re getting out of here,? and that?s when he put it in the bowser and got in his car and shut the door and took off,? White said.

A Queensland police statement said the children had taken cash with them from Rockhampton and one of the 13-year-olds had ?left a note to his family indicating he was leaving.?

Police have yet to interview the children because they cannot be questioned without a parent or guardian being present. Williams said they will be charged, but did not list the alleged offenses.

Williams did not know if the children were related or how they knew each other.

Schools are closed in New South Wales for the midyear vacation, while the school vacation ended in Queensland on Monday.

Drivers must be at least 17 years old in Queensland to apply for a license.

Read More: We Asked Our Facebook Fans About Their Most Embarrassing Road Trip Stories ? Here?s What They Said