Now’s Your Chance to Drive the Wienermobile Across the Country 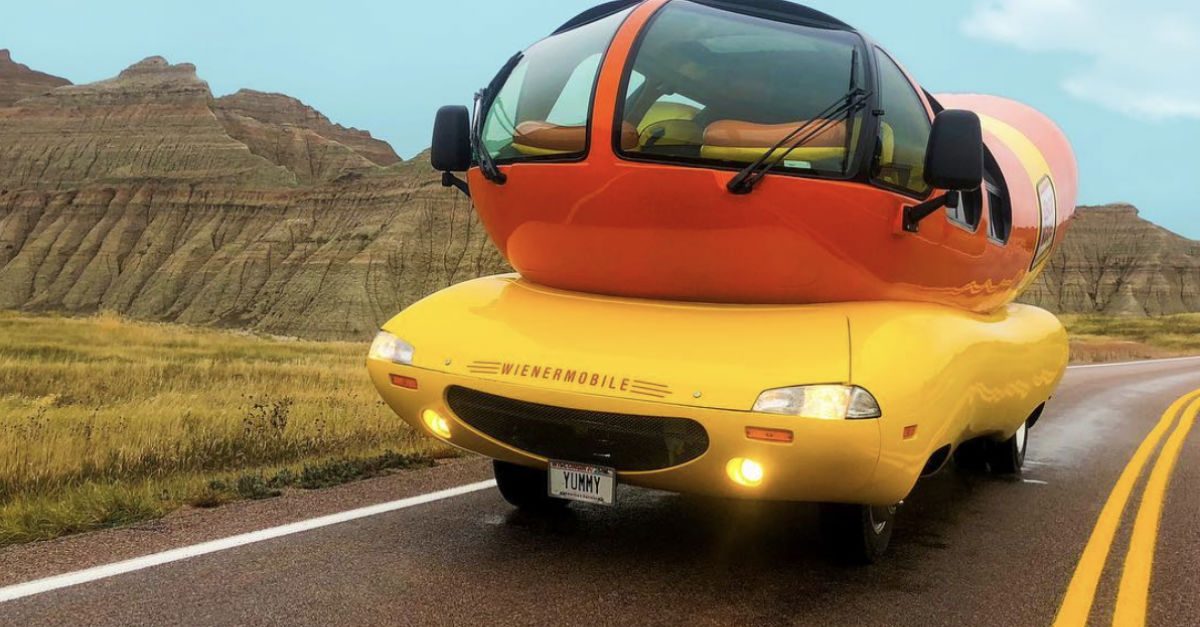 If you’re hoping to make an outside-of-the-box career change in 2019, then Oscar Mayer may have just the position for you. The Madison, Wisconsin-based company is looking for drivers for the iconic Oscar Mayer Wienermobile, and your official job title, should you be among the fortunate ones chosen, will be “Hotdogger.” Yeah, this definitely isn’t a suit and tie type deal, in case you hadn’t already guessed.

Do you dream in ketchup and mustard? You might be missing out on your next calling: to be an Oscar Mayer Hotdogger! Apply now for the opportunity to create memories you'll relish for a lifetime. Visit https://t.co/j6t6kbL2IO for more details. pic.twitter.com/aIWgs7rpdW

While the one-year position requires 100 percent travel, Oscar Meyer describes “Hotdoggers” as more along the lines of brand ambassadors than strictly drivers, meaning anyone interested in the job will need to be comfortable with constantly getting their picture taken, doing radio and TV interviews, and going to charity events. And, “Hotdoggers” will, of course, actually be driving the 27-foot-long, 11-foot-tall hot dog on wheels. So, you should probably have a clean driving record if you really want the gig.

Anyone is encouraged to apply, though Oscar Mayer — which is accepting applications until January 31 — is specifically looking for folks with a “BA or BS, preferably in public relations, journalism, communications, advertising, or marketing.”

We didn't think it'd be possible for a dog to out style us until we met honorary Hotdogger Jasper the pup. 🐶

Read More: This Chevrolet Camaro Crash in California Happened Because of One Driver?s Costly Mistake — Just Check out the Crazy Footage for Yourself

For all you fans of trivia, the first Wienermobile was created in 1936 by Oscar Mayer’s nephew, Carl Mayer, and more than 10 different versions of the vehicle have come out since that first model. From a purpose-built chassis in the ’36 version to a Chevrolet chassis with Ford Thunderbird taillights in 1969 to MINI Cooper S Hardtop with a 1.6L Turbocharged I-4 engine in 2008, the Wienermobile has definitely changed with the times.

Right now, there are six Wienermobiles traveling across the United States as well as five additional promotional vehicles, including the WienerMini, WienerRover, WienerCycle, the WienerDrone, and a food truck.

When it comes to grassroots advertising, Oscar Mayer clearly isn’t messing around.