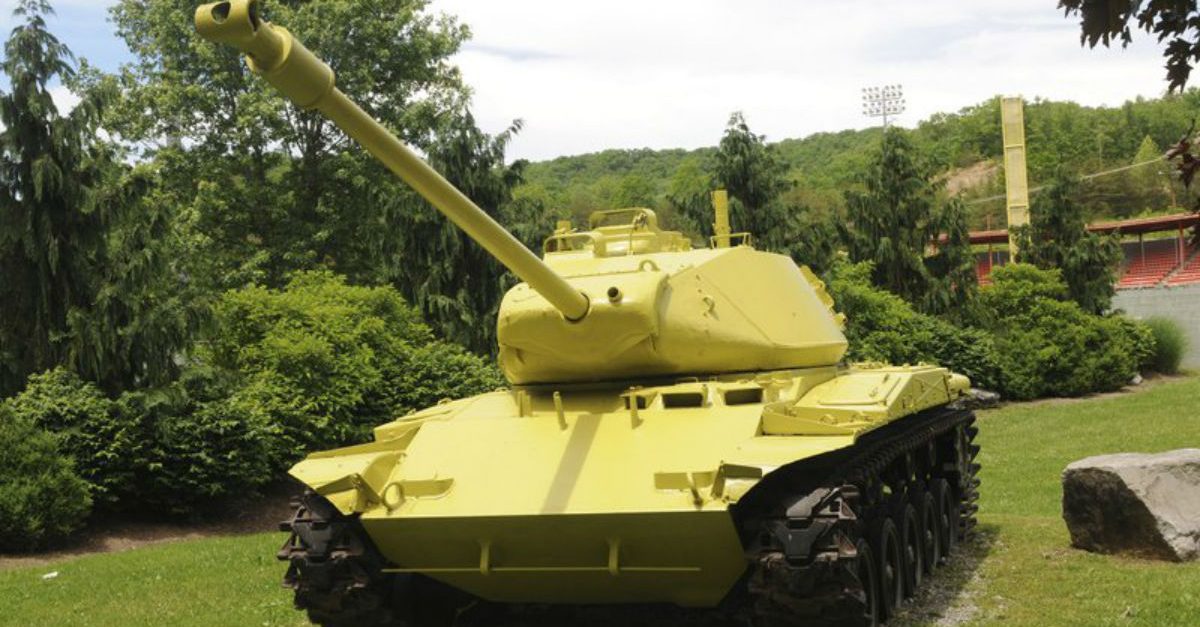 BLUEFIELD, W.Va. (AP) — A Korean War era tank owned by the West Virginia National Guard has turned bright lemon-lime yellow. The reason was a mystery until the sponsor of a science fiction club at Bluefield State College owned up to the mistake in a letter to The Bluefield Daily Telegraph.

Jerry Conner said the U.S.S. Yeager Chapter of Starfleet International has been cleaning and painting the tank for about 20 years, and took a color sample to a local paint supplier, aiming to match the sample with two gallons of fresh paint.

“We were worried when we opened the containers and found something nowhere near our sample,” Connor said in the letter. He said they painted the whole tank anyway, assuming it would turn olive drab once it dried. It didn’t.

City Manager Dane Rideout said his staff is working with the club to acquire historically accurate paint for the M41 Walker Bulldog.

“We want to be as historically-accurate as we can be,” he said.

Rideout said a copy of the receipt from the paint sold to the college club does list the color as “tank green.”

“At least the yellow of the tank is a nice match for the red of our faces,” Conner said.

Read More: One of Last WWII Tank Gunners Gets Back in Tank That ‘Saved His Life’