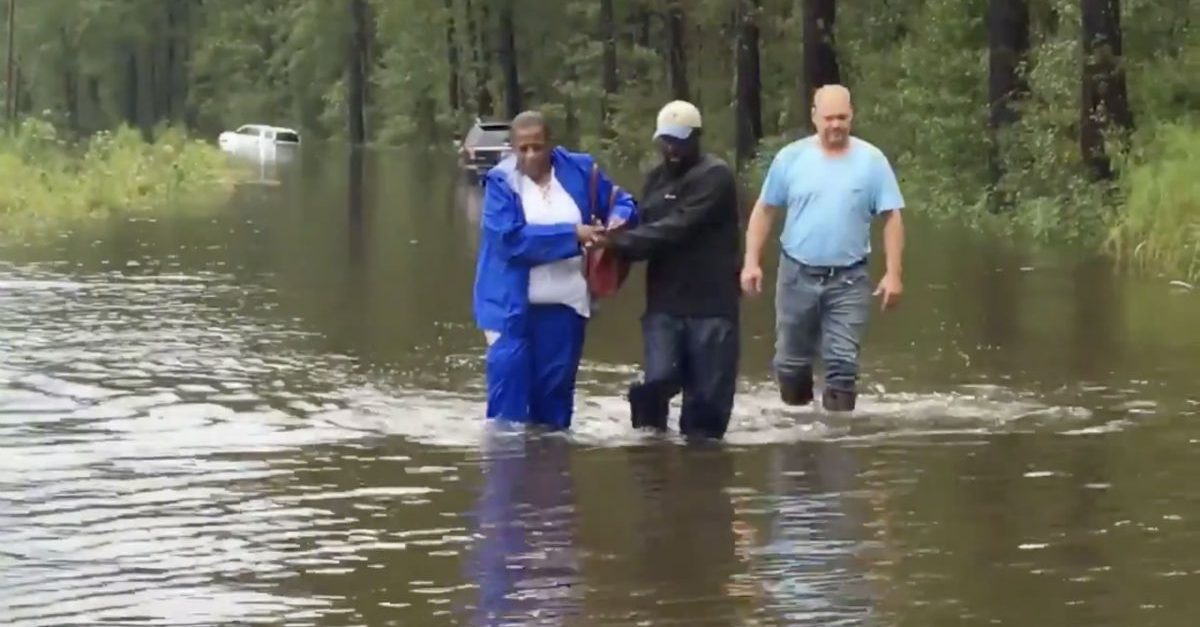 As Hurricane Florence wreaks havoc on the southeastern United States and begins to move towards the northeast, it continues to leave a terrifying amount of destruction in its wake. South Carolina has been getting hit particularly hard by the tropical depression, but thanks to the heroic efforts of reporter Chris Jose and photojournalist Brandon Bryant, Barbara Flanagan was saved from being another tragic statistic.

The pair was driving up Interstate 95 to continue their storm coverage for WSB-TV when they discovered that the roadway around Latta, South Carolina was flooded over. That’s when they came upon Ms. Flanagan.

RIGHT NOW: I-95 in Latta, South Carolina is shutdown. County roads are under water. Several drivers have stalled out. @bbryantWSB just rescued a woman who was stuck in the fast rising water. @wsbtv #StormWatchon2 pic.twitter.com/ilabQA6NMJ

Jose said they decided to take some of the back county roads to get around the flooding when they ran across a woman who was stuck inside her car, with floodwater rapidly rising up around it.

Knowing they had to do something, Jose said he drove their SUV as far as they could into the water without getting stuck and Bryant, wearing a pair of waiters, got out into the water, which was about waist deep.

When Bryant got to the woman?s car, he found Barbara Flanagan inside, praying.

“It just pulled me in and I couldn?t stop it. I had my foot on the break. But it wouldn?t stop,” Flanagan said.

He got the door open and was able to grab the woman and help her out of her car.

After rescuing Flanagan, Jose and Bryant made their way into North Carolina, where the death toll has reached at least 22 as of the publication of this article. In the areas affected by Florence, hundreds of thousands of homes do not have electricity, while tens of thousands of homes are believed to be damaged.